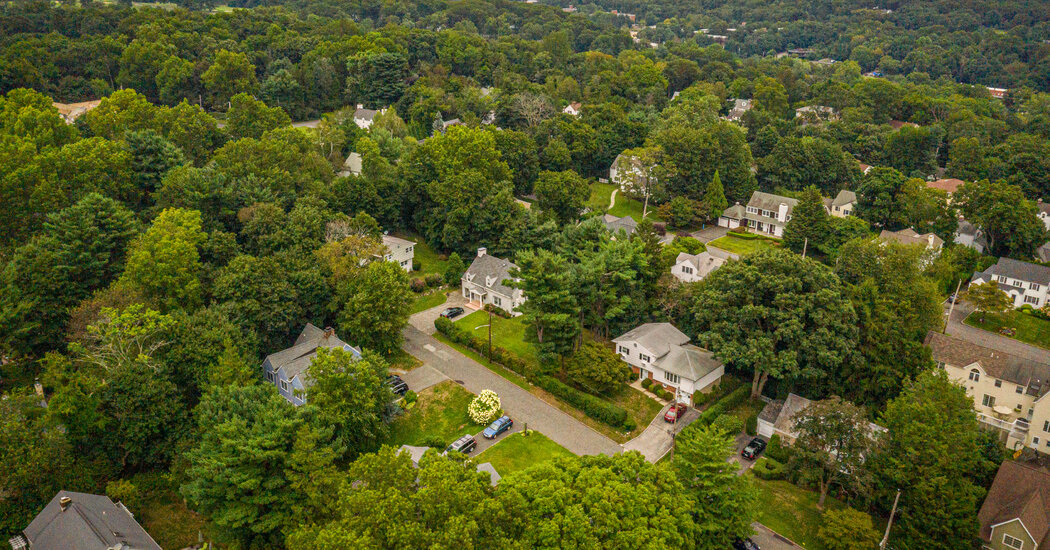 And as Maria Babaev, a broker at Douglas Elliman in Roslyn, N.Y., noted, “Whoever wanted to exit already had — to the suburbs or to other states.”

Mr. Sachs agreed, adding that “people are still coming from the city, though it’s not being driven by Covid anymore.”

“A lot of it is because of systemic changes in how Americans go to work, and the fact that they don’t have to be in the office every day,” he said. “And it’s generational. Many millennials married later, or had kids later. They now want a yard and a neighborhood with good schools.”

Amy and Justin Reitman fall into that category. The couple, who have a toddler and an infant, recently bought a four-bedroom colonial on a third of an acre in Morris Township, N.J. They came from a one-bedroom rental in Chelsea in the summer of 2019, but first rented in Verona, N.J., while exploring neighborhoods.

“The market in April and May was insane,” said Ms. Reitman, 38, who worked in the fashion industry and is now a stay-at-home parent. “There were crazy lines just to get into a house.”

“We took a step back over the summer,” she added, and were happy that they didn’t have to pay too much over the asking price when they finally found a house.

Waiting also benefited Massella Dukuly, 31, who works for a learning development consultancy. She and her partner were coming from the Upper East Side, and they also rented first, in Hastings-on-Hudson, N.Y., before recently buying a four-bedroom modern farmhouse on 2.3 acres in Newtown, Conn.

“By waiting and not being restricted by school schedules, because we have no kids, we were able to get a good deal,” Ms. Dukuly said. “We have a good foundation space-wise to feel confident about starting a family.”