The Kansas City Royals owners have raised the idea of a downtown baseball stadium. That has worked in other cities, but will fans give up Kauffman Stadium?

Jonathan O’Neil Cole and his staff at Pendulum had a clean slate to devise a concept for a downtown ballpark. Because neither the Kansas City Royals nor local officials commissioned the project, it was wide open to the imagination of the design team.

“It was an internal challenge,” said Cole, who has spent 25 years in the sports architecture field and founded Pendulum in 2007.

“It was not sanctioned. It was not approved. There was no input from the Royals. It was us here in the office with a little bit of time to kind of explore, and it was an internal challenge to figure out what we thought could be cool. And it was a conversation starter.”

At the time of the design’s release in January 2020, Royals ownership hadn’t yet publicly acknowledged the desire to explore downtown possibilities. That acknowledgment came last month.

“To me, I think, design is and should be contextual,” Cole said prior to walking The Star through a tour of the full 3-D model on a large screen in his company’s offices. “You shouldn’t pick up a project from over there and drop it off here. To me, what I really wanted to emphasize with this project is it’s a Kansas City thing.

“So you’ll notice that we’ve got six huge fountains throughout the whole thing. We thought about how to make a tribute to the Negro Leagues, which is incredibly important to me. … To me, here in Kansas City, the Negro Leagues is a gem. That’s the kind of thing that needs to be incorporated in a facility of this magnitude here.”

PARKING: 2,000 parking spots were built into the plan as part of a garage on site.

TAILGATING: A tailgate zone exists within the secure lot at the facility because it’s one of the elements fans enjoy most about the current sports complex with the large open parking lots.

MULTI-ENTRY: The main entrance on 12th and Cherry includes a pair of fountains on either side. Separate entry points exist for administrative spaces and suite entry as well as multiple gates for ticketed entry.

PUBLIC ACCESS: The food hall behind the main entrance features a fountain above the bar area with glass allowing views from the seating area. The food hall would be open to patrons who did not have tickets to the game.

LOCAL BRANDS: The food hall is branded as “Katz,” an homage to the iconic Kansas City drugstore. Other historic brands incorporated into the concept include the “Fairyland” kids area, including a rollercoaster; Wiffle ball field; and a rock climbing wall, an ode to the amusement park that operated until the late 1970s. “Smaks” restaurant is another nod to an old Kansas City restaurant. “King Louie” is the branded brewery in the ballpark, named for and featuring the bowling alley motif of the former Kansas City bowling alley.

CLUBS: Clubs are on the concourse and field levels (behind outfield fences in certain spots). Double story clubs exist on the concourse, as do double story suites, with open lines of sight into the ballpark, that could be used for corporate rental spaces or outings on non-game days.

CONCOURSES: Large open concourses with drink rails and views into the ballpark surround the seating areas as well as fountains that cascade water into a swimming pool. There’s a swimming pool bar area as well as a party deck off the concourse. Along the large outfield concourse, there’s space for statues of Royals greats as well as recognition of the Negro Leagues. They’ve also mounted the iconic Crown Vision board from Kauffman Stadium. A dog park also exists off of one of the concourses.

HOUSING: Beyond the seating areas and concourses stretching from right field into center field are housing units that include vistas into the stadium, a swimming pool, green spaces and outdoor basketball courts.

‘It shows what we can do’

Pendulum has designed or led renovations on 29 stadiums in its 14 years, including Dunkin’ Donuts Park in Hartford, Connecticut, and CoolToday Park, the spring training home of the Atlanta Braves in North Port, Florida.

Cole insisted there was no arrogance or assumption that his firm would have a hand in the actual process if and when a downtown ballpark came to fruition.

The exercise had much more to do with proving that they can do the work and exploring possibilities of what a project of this magnitude could be for Kansas City. 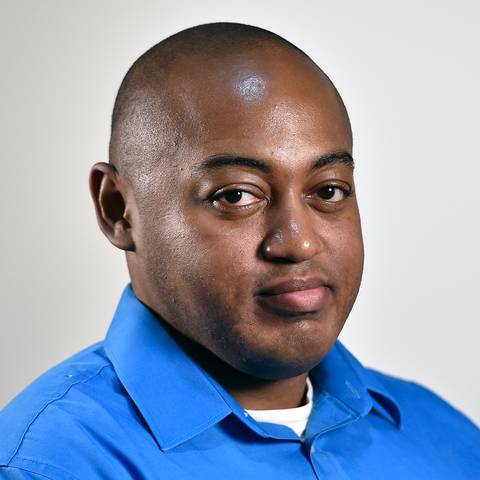