Across four generations and a century of service, local home-improvement chain Wallauer keeps adapting to the times in Westchester.

Many companies struggled during the COVID-19 pandemic. But not Wallauer, a fourth-generation, family-run, paint-and-hardware chain with 15 locations in Westchester, Rockland, and Putnam counties that is celebrating its centennial anniversary. Deemed an essential business during the pandemic, Wallauer never shut down during the crisis. It quickly built out its e-commerce capabilities — which were nonexistent before COVID — in March and April of 2020, so it could offer curbside pickup.

“Our business boomed,” says COO/CFO Ed Klein. “Even though we’ve been open 100 years, we saw a lot of new customers.” As a privately held company, Wallauer doesn’t publicize its revenue, yet Klein says it has seen a record two years when it comes to sales. 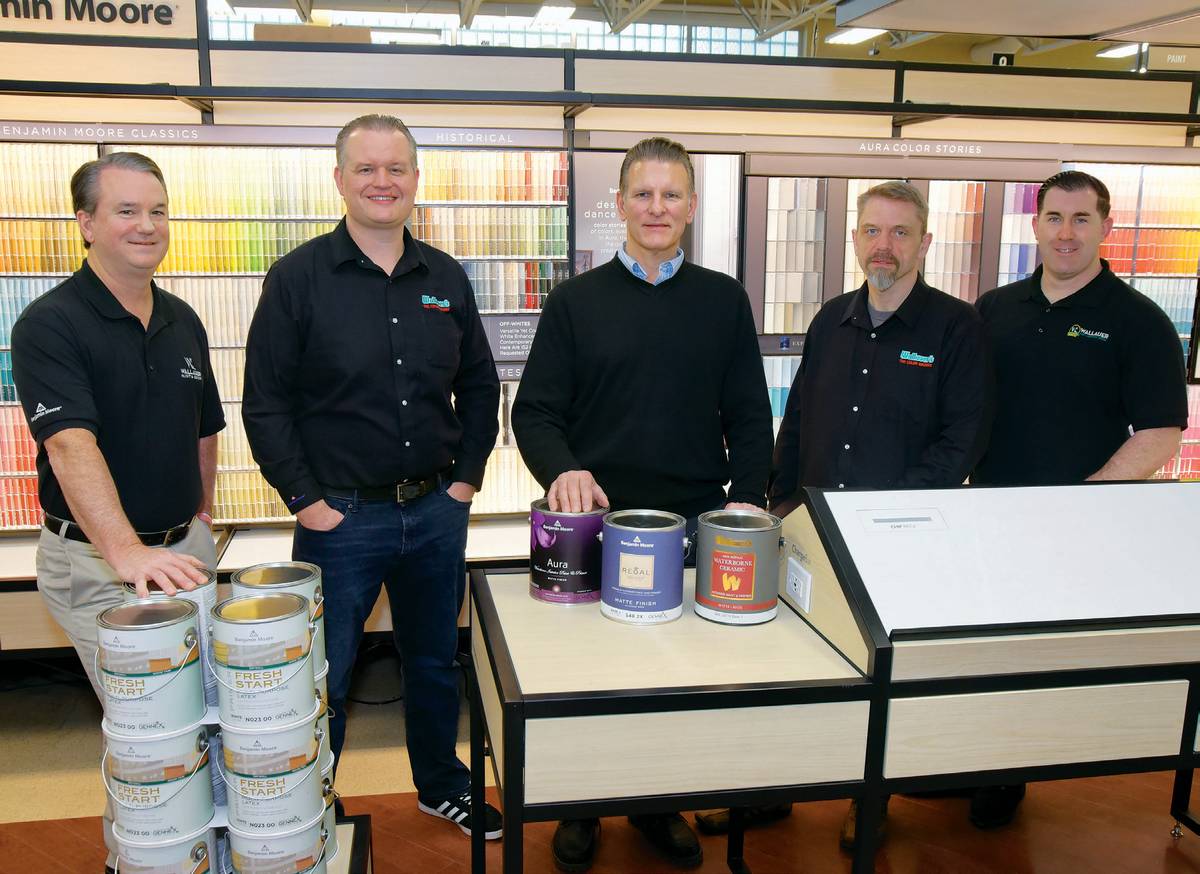 To mark its 100th anniversary, the 125-employee company, headquartered in a 30,000-square-foot store in White Plains, has been celebrating with COVID-safe activities. It’s holding a monthly raffle, with prizes such as Weber grills and gift cards. At its Pro Shows for contractors, held in the fall, it awarded tickets to sporting events.

According to Family Business Review, a peer-reviewed academic journal that covers family-controlled businesses, only 3% of them make it to the fourth generation. So, how did Wallauer do it?

Wallauer’s history started in 1921, in White Plains, when Clarence Rudolph Wallauer, a salesman, founded his own paint store (then called C.R. Wallauer & Co.) and became the local Benjamin Moore paint dealer. Wallauer, known as Wally to his customers, became a well-known figure in the community. After the store made it through the Great Depression, he opened a second store, in 1935, in Port Chester, and expanded by adding outside salesmen and two delivery trucks.

Two years later, Charles Westerman joined the company, helping Duncan add new locations in Westchester County, including Yonkers, Yorktown, and Bedford Hills. Robert Jr. became advertising director after returning from the service and helped to spread the word about the company through radio and TV ads.

By 1965, Wallauer expanded into Yorktown and purchased Grant Paint Company, in downtown Ossining. The next store to open was in Bedford Hills. It was so busy, the company eventually moved it to a larger, two-story space. That location now includes an Ace Hardware department, a Benjamin Moore Dealership, a design center, and other features.

When Robert Sr. retired, in 1982, Robert Jr. took the helm. Under his leadership, a new flagship opened in North White Plains, in 1994. This store became a warehouse hub that supplied the other stores with inventory and a distribution center that provided delivery service. To gain a competitive edge and diversify its product line, the company joined Ace Hardware, a nationwide hardware franchise, in 2013.

A new generation of leadership

Wallauer’s leadership changed again in 2016, when Robert Jr.’s daughters Donna and Debbie, who’d grown up in the stores, took over. Donna leads outside design services, and Debbie runs advertising. Under their leadership, they acquired Modern Paint Group, a local paint and hardware retailer, and four of its newest locations.

Klein, who runs the day-to-day operations, joined the team in April 2017, after serving as president of Farrow & Ball, a British manufacturer of paint and wallpaper that supplies Wallauer, and previously, as a senior executive at Benjamin Moore & Co.

One thing Klein noticed before he came onboard was the quality of Wallauer’s staff. “We’ve got people who are tenured here an average of 20 years or more,” he says. “There’s a lot of experience in color selection.”

He considers that a key competitive advantage. “People are always your number-one asset,” says Klein. 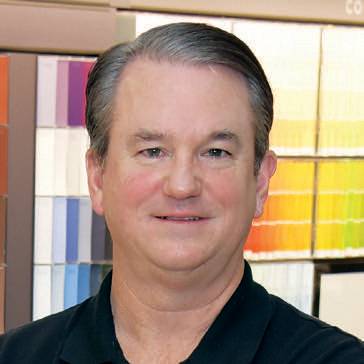 “There will be more investments in tech. You’ve got to meet customers where they want to be served.”
—Ed Klein COO/CFO, Wallauer

Since the pandemic, Klein has kept a close eye on the marketplace, to make sure it is meeting customers’ changing needs. While Klein says contractors traditionally accounted for 75% of its customer base, “that shifted 180 degrees during the pandemic.” Consumers flocked, as New York City residents migrated to houses in the suburbs and residents looked for ways to enjoy their properties more by adding outdoor decks, heat lamps, firepits, and home offices. “A lot of the homeowners and DIYers came out,” says Klein. “Our hardware business absolutely boomed the last two years.”

Wallauer also diversified its product offerings to include PPE, such as masks, gloves, and face shields, as well as unique cleaning products designed to kill the coronavirus on contact, to meet the needs of hospitals.

With the market changing in real-time, staying relevant required quick footwork. “We worked through this as a team,” says Klein. “It goes back to the mentality of being family-owned: You figure this out.”

Like many retailers, Wallauer faced supply-chain challenges in 2021. Fortunately, the company’s size has worked in its favor, giving it some negotiating power. “Unfortunately, the smaller businesses in the same space probably got hurt,” says Klein. “The bigger dealers can leverage their relationships and size to get access to products better than someone who is smaller.” 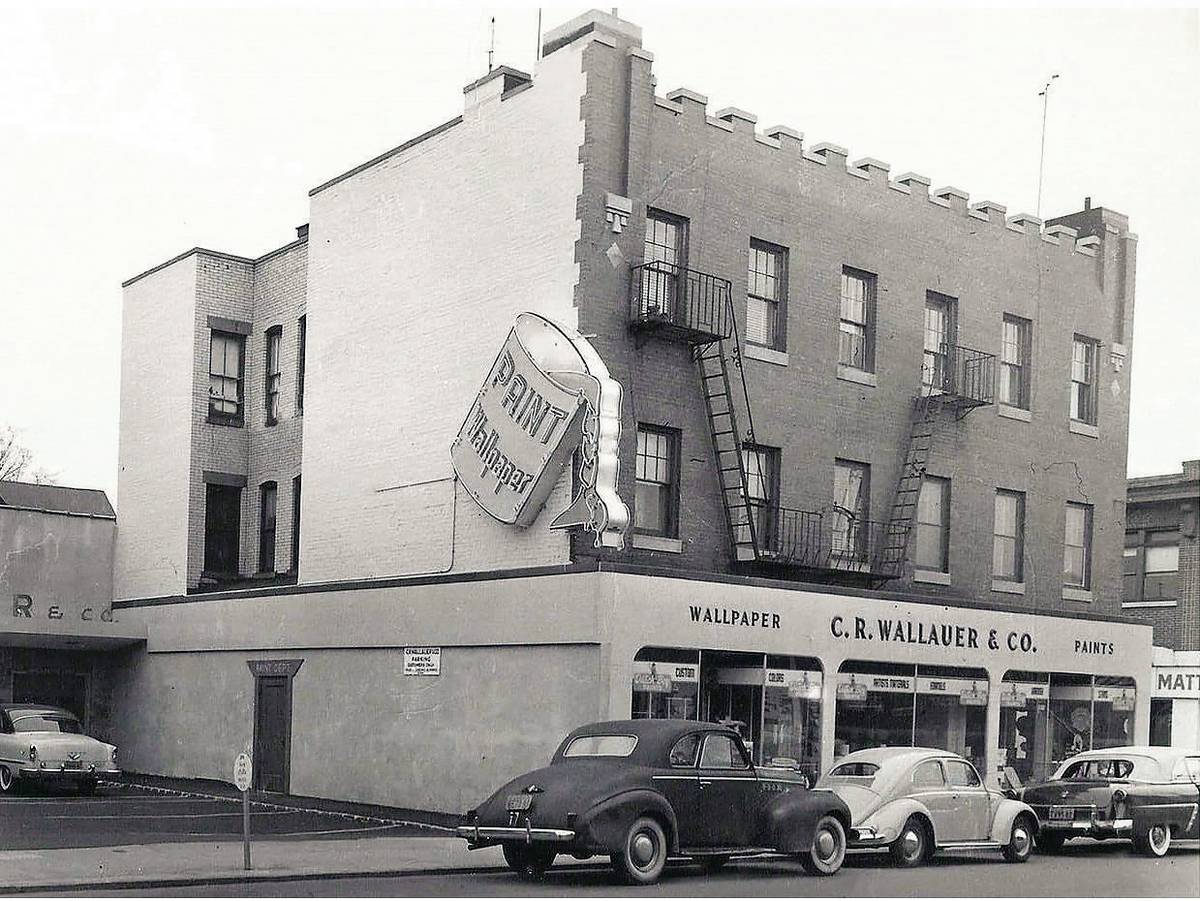 With that in mind, Wallauer is planning to add more Ace locations to the chain. The idea is to tap into the larger brand’s buying power. “By being attached to Ace Hardware, we’re able to leverage economies of scale,” says Klein. “Ace buys on behalf of 6,000 hardware stores.”

After seeing the demand for online services, Wallauer expects to expand its e-commerce site and home-delivery options in the coming months. “There will be more investments in tech,” says Klein. “You’ve got to meet customers where they want to be served.”

But there are some things Klein and his team don’t plan to change at Wallauer, like its strong presence in the community. “The company is committed to the brand and the market,” says Klein. “We own a lot of the locations. We are entrenched in the neighborhoods we serve.”

Related: Stay Cool in Westchester With These Hot Home Accessories