Chelsey Brown is an interior decorator who lives in a 520-square-foot studio apartment in New York City, and she uses renter-friendly hacks to make her space feel larger.

Brown, the author of “Rental Style” and founder of the blog City Chic Decor, told Insider she got into the industry to fill what she felt like was a void in the world of decorating interiors.

“It was bizarre to me that there was little-to-no content on decorating rental spaces when I lived in a city where practically everyone was a renter,” she said.

Since she moved into a studio apartment in New York City’s NoMad neighborhood in 2020, Brown has made it her own with secondhand furniture and do-it-yourself decor.

Brown’s apartment has a combined entryway and kitchen area. She used peel-and-stick wallpaper and contact paper to spruce up the door, countertops, and backsplash.

Brown used a teal-colored wallpaper to decorate the inside of her front door. It’s a peel-and-stick wallpaper, which is designed to be easily removable and renter-friendly.

In the kitchen, Brown used a blush-colored, marble-printed contact paper to transform her kitchen countertop and backsplash.

The kitchen leads into the main room of the apartment, where Brown uses large mirrors not only as decoration – but also to hide items like spare artwork and purses.

Brown often switches out the artwork in her apartment, and she stores the pieces that aren’t on the walls behind her mirrors.

“It’s a great little hack for utilizing every crevice in a smaller apartment,” she said. “You have to think of it as usable space.”

Brown layered two mirrors on top of one another, which she said is meant to make the space feel larger.

“Those double mirrors aren’t just a feature statement,” she said. “They just make the room feel so much taller and more luxurious.”

Brown has mirrors all over her apartment that store her narrow belongings and make the room feel larger.

The more mirrors you have, the bigger your space will feel, she said.

The squiggly mirror is a DIY project that Brown shared in a blog post in November 2020. To make it, you’ll need a frameless mirror, wood or cardboard, a saw or two, and some paint.

In the post, Brown said to saw or cut the wood or cardboard into the squiggly shape, and then paint it the color of your choice before attaching it to the mirror with glue or Velcro.

Brown maximized space in her studio apartment’s living room by floating her couch instead of placing it against the wall, giving her room for a dining table that doubles as a workstation.

Brown recommends floating your sofa if you live in a small space rather than leaning it up against the wall.

Brown said that floating a sofa can “create division in your space and sanctioned areas.”

“Most importantly, it’ll make your space feel less like a studio and more like a larger home,” she added.

Behind her couch, Brown has an acrylic console table with two stools underneath that she uses as a dining table and a workstation for DIY projects.

Also in the living room, Brown stores film equipment behind her radiator.

Brown even gave her wall-mounted TV a makeover by adding panels made of wooden dowels that give the wall interest.

“I don’t love the idea of just having a TV on the wall,” Brown said. “I want something visual to look at.”

That’s why she installed wooden dowels on both sides of her TV to add character. You can see exactly how she did the DIY in a blog post on her website. All you’ll need for this one is some foam half-moon dowels, command strips, and paint.

First, as Brown wrote in her blog post, paint the dowels any color you want. After they dry, place command strips on the backs and stick them to the wall.

Brown used more peel-and-stick wallpaper, a room divider, and a unique gallery wall to separate her bedroom area from the rest of the studio apartment.

Living in a studio, Brown stores items wherever she can — and in her bedroom, that means using the white console for pots and pans that didn’t fit in the kitchen, and stowing items under her bed.

But the focal point of Brown’s bedroom space is her gallery wall, which has layered picture frames and extends onto the ceiling.

Installing real, heavy art pieces on the ceiling could pose a danger if they fell, so Brown told Insider she created a safer alternative. She said she made the frames out of cardboard and applied them with heavy-duty adhesive strips.

Making a room feel larger and more open is “all about drawing where you want it to go,” Brown said.

“I don’t love following trends. I kind of like coming up with them,” Brown added. “I always think you have to have that feature thing that when someone walks in, they’re like, ‘Oh my gosh, that’s so cool.'”

Read the original article on Insider 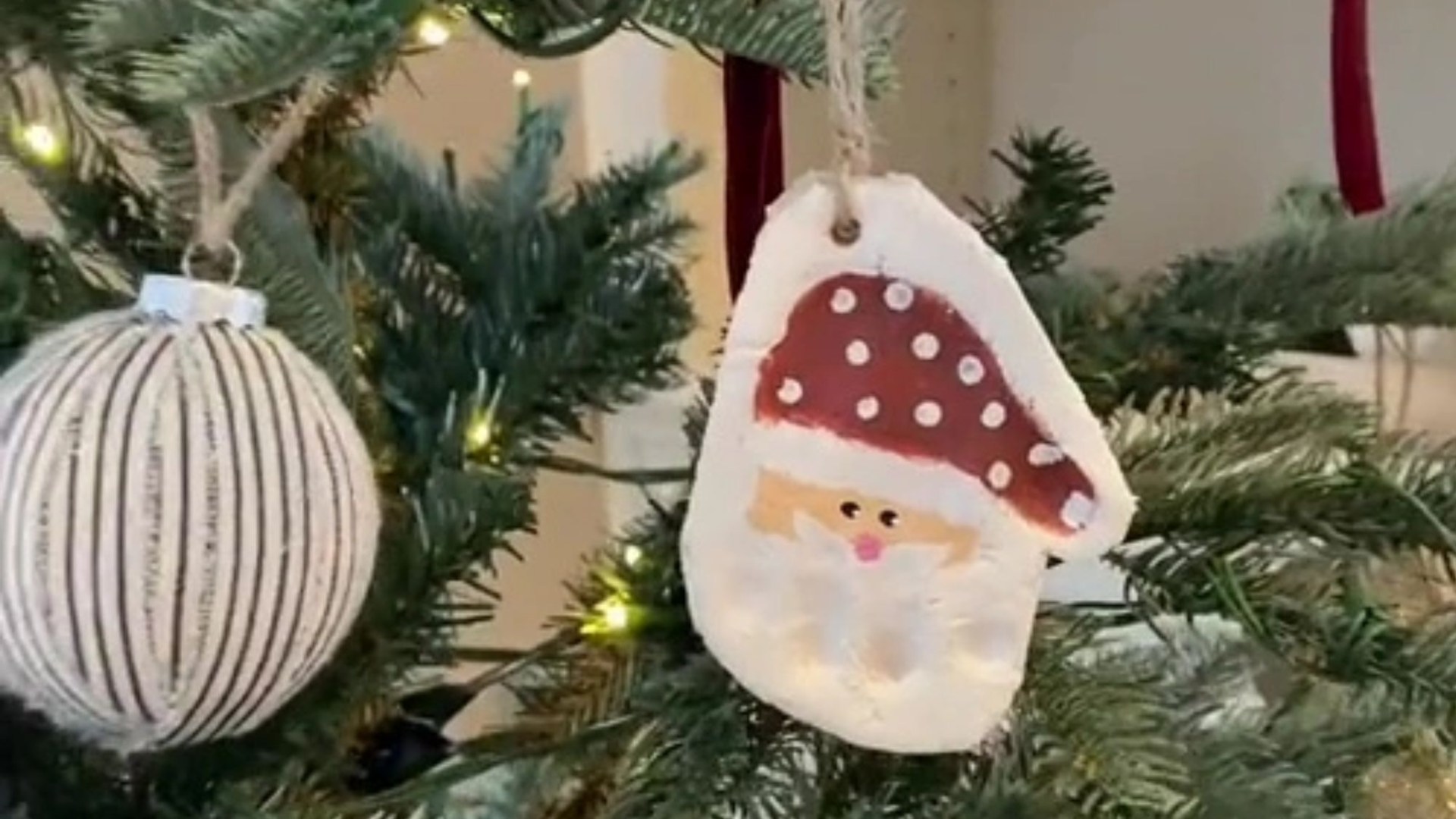