There won’t be a new swimming pool at the oceanfront Shamel Park in Cambria — at least not one from the Cambrians for Aquatics group which has been advocating for it for several years, even to the point of having conceptual drawings prepared.

According to information the group emailed to The Cambrian on Dec. 1, “due to land-use restrictions and related issues at Shamel Park, Cambrians for Aquatics (CFA) — working closely with the San Luis Obispo County Parks and Recreation leadership — has decided to actively seek another location for its new pool and expanded aquatics programming.”

The email explained that “limitations inherent to the park property would make the execution of necessary modifications difficult, if not impossible.”

CFA spokesperson Beth Yudovin said by phone Dec. 1 that the latest issues arose during discussions with state Coastal Commission staffers, who told the group that they couldn’t improve or expand the aging pool at Shamel Park because “any new digging would have to be 100 feet from riparian areas.”

Yudovin added that “putting the pool on the other side of the park wouldn’t work, either.”

The current pool at Shamel Park was built more than 75 years ago.

According to CFA, that pool is “too shallow and too short” for activities such as “water aerobics, lap swimming, adult and children’s swimming classes, pool volleyball, lane walking, lifeguard training and other elements” of the state-of-the-art aquatics program that CFA says many Cambrians want and deserve.

To help with CFA’s efforts, the Cambria Community Council gave the group a grant in 2019, and the pool advocates hired the architectural firm Nineteen-Six to develop a detailed design for a pool. The nonprofit had also been actively seeking endorsements and donations toward final designs, construction, maintenance and upkeep for a new facility.

The pandemic didn’t help those efforts, putting some planned community meetings and events on hold. Some community members also objected to the planned redo of their beloved seaside park.

But Yudovin said it was the Coastal Commission’s input that “put a kibosh” on the Shamel Park plan.

At this point, CFA is hoping for feedback and any constructive ideas from the community about a more suitable location for the pool, which, as planned, would offer a wide range of aquatic activities for all ages.

Yudovin said, “now we’re asking locals if they can come up with another place” for the pool and the recreational opportunities it would offer.

The land would have to be at least 1 acre in size with a connection to the Cambria Community Services District sewerline.

Donations to the cause can be made at the Cambrians for Aquatics website.

Nick Franco, the county’s parks director, said via email response Dec. 2 that he believed “a year-round aquatic facility is a benefit to any community and would be a great benefit to Cambria.”

“The challenge is where,” he said.

Franco said in the county’s very preliminary consultations with Cambrians for Aquatics, they “were willing to look at any viable options for Shamel Park.”

“As we all looked at the potential options, it simply became more clear that the challenges would likely outweigh any benefits,” he said. “That’s exactly how the process of consideration and evaluation is supposed to work.”

Franco said Coastal Commission staff was not involved in those initial discussions, but the county was “anticipating the likely issues that would be raised during the permitting process to see if they could be easily mitigated … and that proved challenging.”

Franco, too, is hopeful that the nonprofit CFA can find a place for a new facility.

“Aquatic recreation is clearly in line with the mission of County Parks,” he said, “so we were committed to and continue to wish to help support any improvement to the delivery of recreation services to the community. We were willing to look at any viable options for Shamel Park.”

County Supervisor Bruce Gibson, too, hopes there will be another option.

“I understand all sides of the conversation,” Gibson said. “I salute those trying to make it happen. And I stand by ready to help. They just have to find the right place for it.” 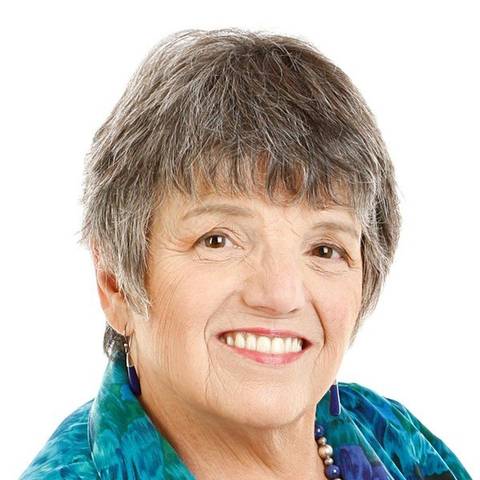 Kathe Tanner has been writing about the people and places of SLO County’s North Coast since 1981, first as a columnist and then also as a reporter. Her career has included stints as a bakery owner, public relations director, radio host, trail guide and jewelry designer. She has been a resident of Cambria for more than four decades, and if it’s happening in town, Kathe knows about it.

Guestwords: What to Tell Your Architect

This website uses cookies to improve your experience while you navigate through the website. Out of these, the cookies that are categorized as necessary are stored on your browser as they are essential for the working of basic functionalities of the website. We also use third-party cookies that help us analyze and understand how you use this website. These cookies will be stored in your browser only with your consent. You also have the option to opt-out of these cookies. But opting out of some of these cookies may affect your browsing experience.
Necessary Always Enabled
Necessary cookies are absolutely essential for the website to function properly. This category only includes cookies that ensures basic functionalities and security features of the website. These cookies do not store any personal information.
Non-necessary
Any cookies that may not be particularly necessary for the website to function and is used specifically to collect user personal data via analytics, ads, other embedded contents are termed as non-necessary cookies. It is mandatory to procure user consent prior to running these cookies on your website.
SAVE & ACCEPT
Go to mobile version