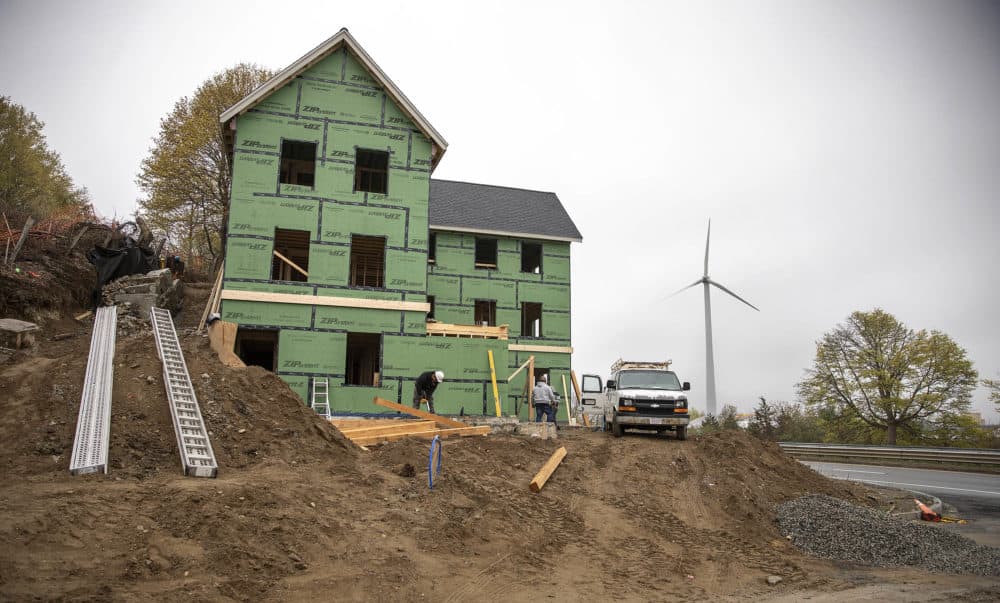 More time spent at home these last 17 months means more time noticing what’s wrong or can be updated in your space.

But these improvement jobs can be tricky,  and while some can be done solo, it never hurts to get a helping hand, a second opinion.

Robert Robillard, from “A Concord Carpenter,” and Jennifer Nawada, a landscape contractor for the show “This Old House” and owner of Nawada Landscape Designers Inc., join us to talk all things home improvement and gardening. We also take listener questions on past and future projects.

“I think there’s a lot of reasons. Some of the most obvious reasons in the beginning were during the winter when we had the freeze and Texas was affected. We saw dramatic drops in spray foam, anything that had the chemicals in it from that chemical plant because the pipes were frozen after they ran out of the emergency gas on their generators. And we saw [shortages in] spray foam, solvents, paints, things like that … COVID caused problems with shipping and deliveries. I also think that people left the business, people retired. And I also know that some of the factories that made some of the supplies for me for carpentry and renovations, they shut down several times, you know, whether they shut down during COVID or they shut down because they had COVID, they had to shut down for whatever. Things just got backed up.”

“Tight netting will allow them to get in more easily because it’ll be easier to walk on. I think if it’s a looser netting, you tie it back a little bit, it’ll be harder to penetrate through it. Critters are hard to control and rabbits are out of control right now, rabbits and chipmunks. So, I mean, putting in a garden fence with tight mesh is really your best bet.”

“There’s a huge skills gap going on right now. I mean, I’m pretty passionate about that. I write about it on my blog, and I also talked about it on some of the videos we do, and my activity at Minuteman Tech as an advisory member on the board there. So for every five contractors retiring right now, we have one replacement and the average contractor age in the industry is 55. So, that’s not a good sign. I mean, for years and decades and decades and decades, parents have – and this will probably cause a huge debate or argument – but parents have been pooh-poohing the trades: “You have to go to college, you’ve got to go to college. You won’t do anything with your life.” And that’s not always the case. And there’s a lot of money and there’s great careers in the trades. But for three, four decades, that’s what’s been happening. Now, we don’t have anybody in the trades.”

Nawada on trends in home projects

“I have never seen so many asks for swimming pools, plunge pools, dumpster pools. People want to stay at home and have their own entertainment space.

… Yeah, [dumpster pools are] a new thing: taking old dumpsters and putting them in the ground. There’s a lot of codes that go around that. But the soak pools, those have been huge, like the plunge pools. Those are prefabricated pools that you just drop into a leveled hole or just your regular, old-fashioned 20-by-40 swimming pool. [Pool] companies are booked well out into 2022.”

“A lot of times I say container gardening because it’s contained. It could be on your deck, it could be closer to you. Sometimes people are afraid to go out in their own garden. If you start with a small area, then you build off that. Over COVID, a lot of people started raised vegetable gardens like a two-by-six raised beds. And I say raised beds because you have to know what kind of soil is in there because you don’t want contaminated soil. So organic soil, raised, but start with maybe five plants and see how you do. Honestly, just stick it in the ground and it will grow. Keep it watered and then you’ll amaze yourself. And then it’s a whole new life cycle, a whole new beginning, way of thinking of things and something encouraging to do.”

Robillard on easy DIY projects to try this summer

“Painting is probably one of the easier ones, right? I think another fun one is wainscoting or what I would call faux wainscoting, where you do kind of astragal applied moldings and you proportionately put them on a wall and come up with like a chair-rail look, that’s always a fun one to do.”