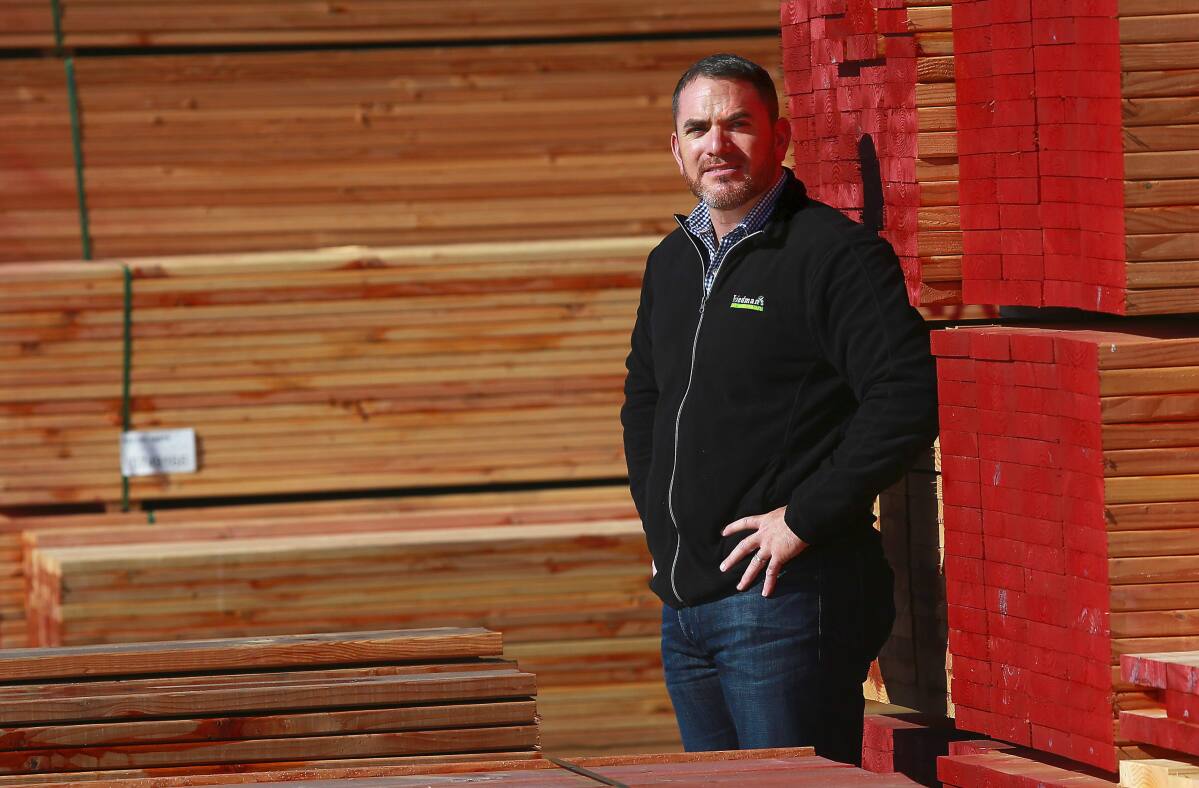 Under Barry Friedman, the third generation of his family to run Friedman’s Home Improvement, the retailer last month reached the milestone of 75 years in business.

The regional business has grown from its flagship store in Santa Rosa to stores in Petaluma, Sonoma and Ukiah, as well as a distribution site in Windsor.

To coincide with the anniversary, the company has chronicled its history in a book called “The Friedman’s Way.”

Company leader Friedman, 42, owns the retailer with his father, Bill Friedman, the chairman. In June, it’ll be eight years since the younger Friedman was promoted to CEO of the family business started by his grandfather.

In a recent interview with the Business Journal, the leader of the family enterprise who holds an undergraduate degree in business from Lewis and Clark College in Portland talked about managing during the pandemic, his career and prospects for the next generation of the company. Friedman lives in Santa Rosa with his wife Heidi, and their four children, age 7 to 13.

The interview was edited for brevity and clarity.

How have your employees responded during the pandemic?

Some people did return once they felt comfortable and saw we put safety at the forefront, and some people, for whatever their circumstance was, decided that maybe retail wasn’t for them.

How would you describe yourself as a leader and decision maker?

I’m very collaborative. I want to hear other people’s perspectives and I want to understand. I try to look at all aspects of decisions that I make and be thoughtful in how we approach them.

I also think because I’ve been in this business a long time, I have a strong gut feeling. I see things or sense things. But I also love to balance that with data.

When did you first get involved in the family business?

I remember being 8 years old and wanting something from a store at one point and my mom saying that maybe I should go to work with my dad and then I can have that thing. I would spend either weekends or breaks from school working at the store in Santa Rosa. I was bagging for customers and getting carts out in the parking lot, and then doing other small tasks. I was taking it seriously and getting paid, which was awesome.

As I grew older, I took on different roles within the organization, working in our lumber yard and as a cashier. And then in college, when I would come home from school, I would take on even more roles.

What did you do after college?

I always knew from a young age that someday I would be a part of Friedman’s. I just didn’t know when.

I wanted to work at Nike after graduating from college, but when I graduated in 2001 there was a hiring freeze. So I decided to take a leap of faith and I drove out to Montana.

I wanted to do something other than retail and I wanted to do something more adventurous. So I got a job at a guest ranch, which is kind of like a dude ranch. I actually worked in the food service side at first, and then I got into the business side and was doing vacation sales, which was fun. That summer, I was also a whitewater raft guide on the Gallatin River.

That is definitely adventurous. Where did you head next?

I worked on a NASCAR pit crew out in North Carolina for Biagi Brothers Racing, which is a local connection. Fred Biagi of Biagi Brothers, who lives in Santa Rosa, had a racing team and had offered for me to go and help out. I thought it was going to be a short-term gig but ended up staying two years.

How did these experiences help shape your future?

I got to see the country by traveling with this racing team and learned about an industry that was totally foreign to me. But I was able to apply some of the things that I had learned either in school or working at Friedman’s, and was able to be an asset to the team. I was the jackman on the pit crew and then worked in the shop.

I think being on this racing team allowed me to get a perspective on the life that I wanted to live. I wanted to have a family and I wanted to work in the family business.

When did you start your career at Friedman’s?

I came back in 2004 and basically started back at square one in the business. I went through the new hire orientation and I did everything that a new team member would go through. I continued to work my way up and then started to be involved in some leadership conversations, being more exposed to some of the higher level decision making and strategies.

What piece of advice would you give to a business owner?

It’s all about people, no matter what business you’re in. One of the things I’ve learned is to make sure that the talent in the people you bring into your business are aligned with your values.

What about your children one day taking over the family business?

My kids actually have shown interest in wanting to get involved. They like going to the stores and have helped out for special events. But I have not involved them in the same way that I was when I was a kid, and I think part of that is times have changed.

But my 13-year-old son wants to save up for his first car, and he’s champing at the bit to get involved and wants to work. So I’m trying to figure out the best way to help introduce him to the business.

How do you view Friedman’s at its 75-year anniversary?

There are a lot of people that helped Friedman’s get to this point. It started with my grandfather and his brother, and there’s so many people along the way that helped us get here.

It’s still family owned, which is great. Whether or not my family wants to be involved, it’s important to perpetuate this legacy that started for the community, for our team members and for our customers that rely on us.

I happen to be the steward right now helping to bring Friedman’s into the next era, and help define that for us, but there will be people after me. We’re not done.