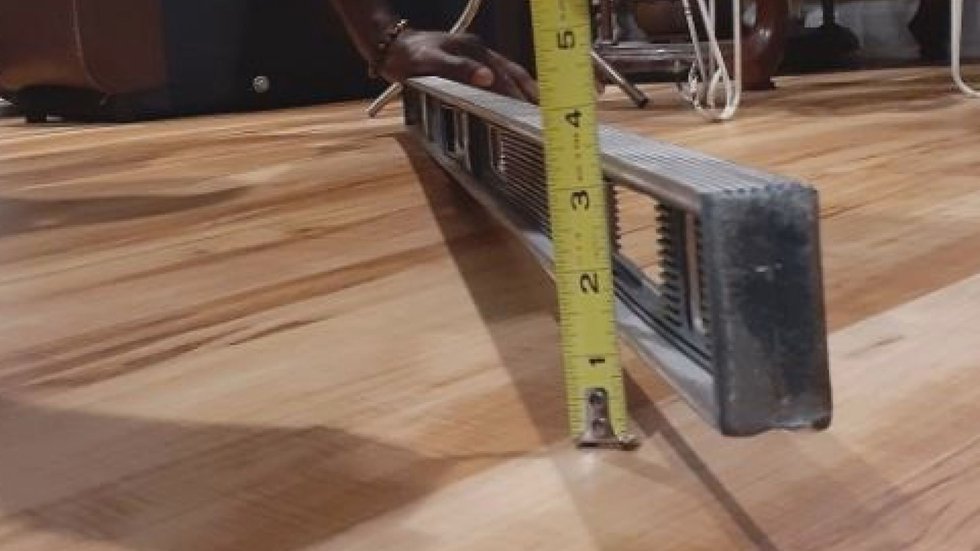 HINESVILLE, Ga. (WTOC) – A new report released earlier this year by Harvard University found home remodeling and repairs grew by 3 percent in 2020 even while the economy shrank by about that much.

Last year proved to be a busy one for home renovations. One homeowner wants others to learn from her experience after her home addition turned into an uphill court battle, and there doesn’t seem to be any end in sight – even after a judge ruled in her favor.

Is there any recourse when a court judgment isn’t paid? Yes, but the responsibility to collect the court award falls on the person who won the case. For example, you can file a lien on the defendant’s property, but that triggers a whole other legal process.

In the case of Brenda Shaw, here’s how she says the system worked for her.

“You know everyone who comes in the room says it’s beautiful, but I stumble a lot when I come back here,” Shaw said.

To show how uneven the floors are, Shaw grabbed a golf ball. She rolled the ball one way and then it starts to roll backwards – following the slope of the floor.

According to a private licensed home inspector she hired, his report showed the foundation is not level.

In some areas, it’s off by more than one inch with enough room to fit a No. 2 pencil underneath the floor.

One estimate she received to fix it was, “$61,100. And they tell me there is no fixing, it has to be demolished because of the foundation,” Shaw said.

She’s in the process of getting other estimates.

So, how did things get to this point?

In 2017, Brenda Shaw and her husband hired Johnny Fleming with A&E Construction to build a 400 square foot addition to their home in Hinesville. But the permit he pulled from the city of Hinesville was in someone else’s name: Young’s Home Improvement.

City building inspectors came out to her house and approved the work, every step of the way, including the foundation.

In a statement to WTOC, the city of Hinesville said the inspections were performed by “a qualified, veteran inspector, who held the status of a ‘full combination inspector’ – meaning, the inspector was certified in all areas.”

Walk through Ms. Shaw’s room and you can feel the problems below your feet. Something Ms. Shaw asked the contractor to fix it.

“That door wouldn’t even open. So, he said we’ll take care of that.”

She says he had to chip out portions of the foundation and reset it.

“And they kept telling me, ‘We’re going to make it right.’”

After months passed, Shaw says she felt her only recourse was to take Fleming to court.

“I got a letter in the mail saying she ruled in my favor.”

When asked if she had gotten any money, Shaw responded, “Not a dime, no. He countersued me. He took it to state court.”

This time both parties are required to hire an attorney.

“So, I’ve called lawyers, I don’t know how many different lawyers I’ve called, but they won’t take the case. It’s not enough money,” Shaw said.

And she’s worried that even if she wins, he won’t pay her, like last time.

WTOC called Mr. Fleming several times to try to speak with him, but he has not answered or returned calls. Freddie Young, the contractor whose name is on the permit did take a call.

He explained his side of the story, but for this report had no comment since he says he may have to testify in court.

So, what can you do to try to avoid a legal battle?

Before you sign a contract, check the status of a general contractor’s license with the state licensing board. Also, call the city permit division to see if there are any code complaints on file for the business.