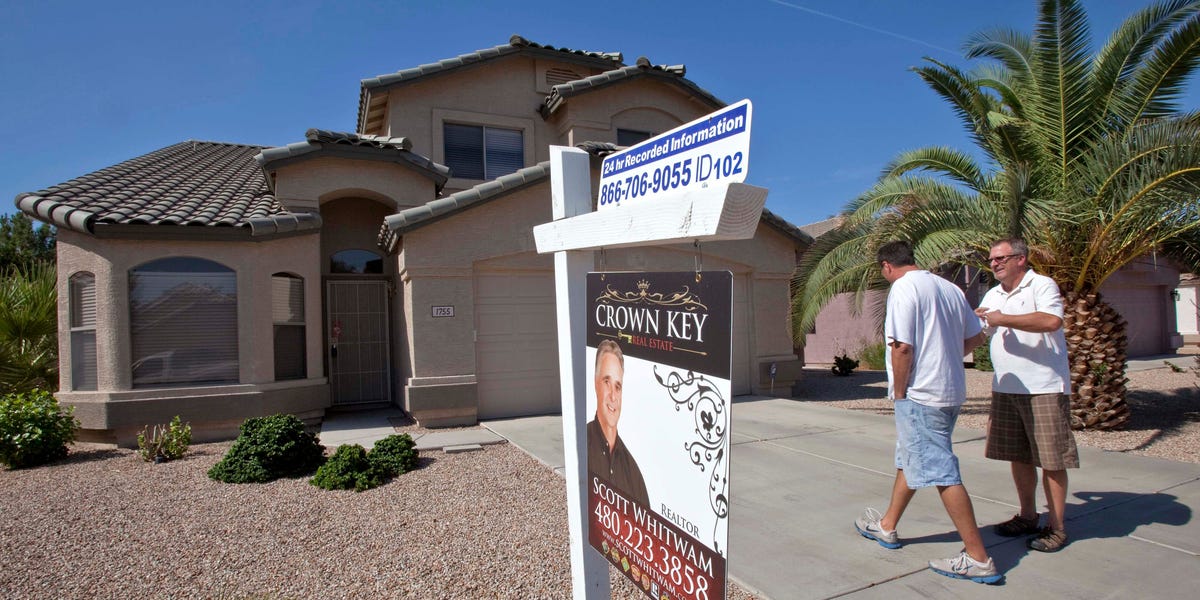 Mike Webb didn’t get into real estate so that he would never have to work again.

Rather, the Maryland firefighter wanted his family to have a lifeline if he were ever laid off from his job — which was at one point a credible possibility.

“Once I got started in real estate, I was just like, ‘Ah, man, I didn’t know all this stuff was possible. I could make more than I do in a year in a month,'” Webb said on a recent episode of the “BiggerPockets” podcast. “But I’ve always just thought like, you know what, I’ve always wanted to be a firefighter ever since I was a little kid. So to me, I’m able to do something that gives me purpose and quenches something that real estate doesn’t.”

Webb got into real estate after college, when he bought a house, fixed it up, and resold it. But he bought his first income-generating property in 2013, a duplex he found from a multiple-listing service.

He financed that property through a mortgage from a community bank, using his savings for a down payment and fees. He said the interest rate the bank gave him on the loan wasn’t ideal — about 6.5% — but the project allowed him to establish a track record that he could show to other community banks. He eventually built a relationship with one of them.

Webb said relationship building and getting an initial loan — along with persistence — were among the most important parts of getting started in real estate, and that investors shouldn’t worry if an interest rate on a first property mortgage isn’t as low as they would like.

“My first one I financed. It was with the local bank that held my very first mortgage, and it was not the best rate. I had a lot of extra fees,” Webb said. “However, it was my first one and they knew me as a person. So they were willing to lend on it, where that always seems to be a big hang-up for people.”

He added: “I would say you may not get the lowest interest rate, but you have that relationship with that person. And then once you have that experience, then you can go shop your local banks.”

In a phone call with Insider on Wednesday, Webb said he called that first apartment the “best deal he’s ever made” simply because of the experience it provided him with. A spreadsheet of his portfolio viewed by Insider showed it had grown to 35 units, mostly in the West Virginia, including four that he said were undergoing rehab.

Webb said rental-income investors should aim for at least $200 a month in free cash flow per unit.

But after years of buying homes from multiple-listing services, Webb takes a different approach to acquire properties now that the real-estate market is so hot.

Webb partners with a real-estate agent who is an expert in acquiring properties. The two, who founded MDWVHomebuyer.com together, use various marketing strategies, including hosting local meetups where — in addition to providing educational services — they’re able to identify prospective partners for deals.

“When I first started, I was pulling most of those side-by-side duplexes off the [multiple listing service], where that’s nonexistent pretty much right now,” Webb said. “So most of it is direct to seller marketing, do some direct mail pay-per-click SEO.”

He added: “We run a meetup that has helped a lot with — you get some of these newer wholesalers.

“They don’t quite know what they got or how to get it where they need it. So a lot of times, they’ll bring it to us and we can purchase it. So I would say the meetup is a little bit of a deal-flow source for us.”

Webb recommended these meetups for newer investors, as they allow for networking, learning opportunities, and potential for deals. They are held in various capacities all over the country, he said, and can be found through websites like Meetup.com and BiggerPockets.com.

He also recommended offering some sort of service or skill, like running a social-media account, to a more experienced investor in exchange for having them share knowledge.