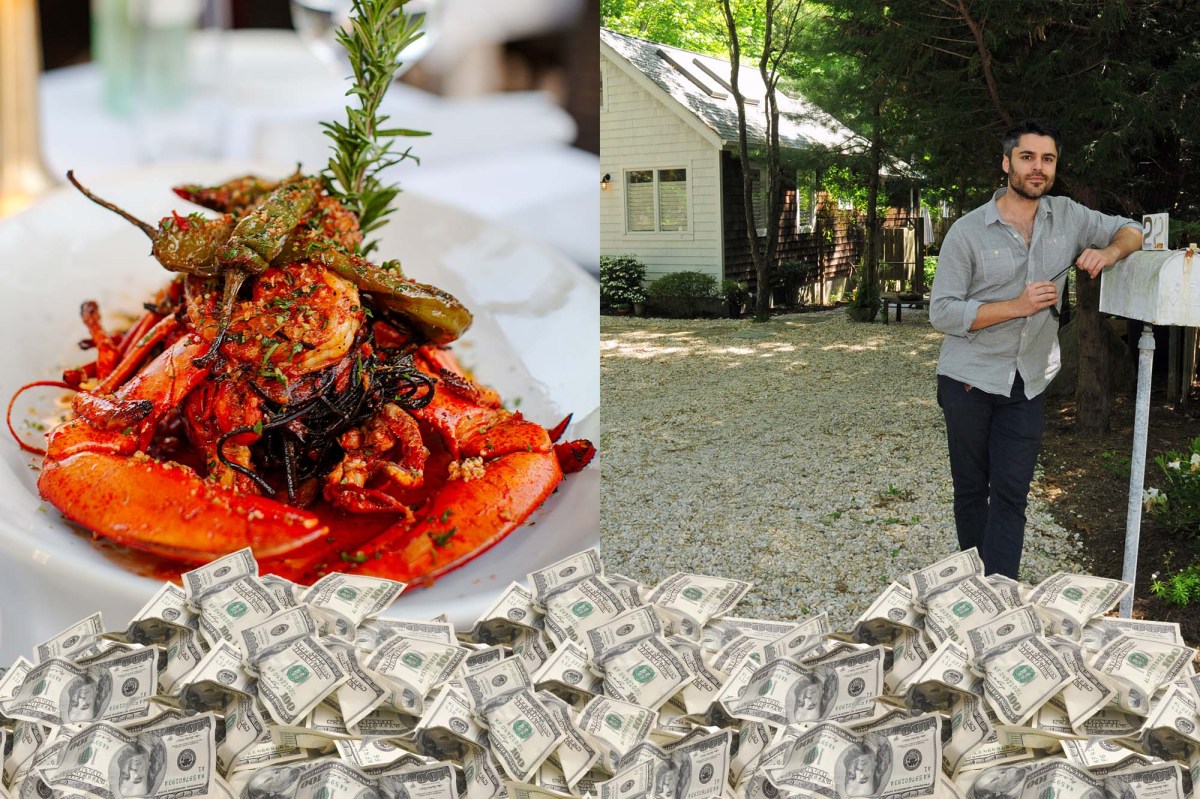 After house-hunting for months, Alex DiJulio was willing to buy in any Hamptons town he could afford.

The art gallery director put an offer on a Maidstone Park cabin — far off the beaten path — the day it hit the market a few months ago, but he wasn’t the only one.

Bidding wars are a way of life, but lately they’ve become crazier than ever in the Hamptons. “People now line up outside these houses as if they are trying to get into a nightclub,’’ said Elliman broker Enzo Morabito.

James Mallios can identify. He could only find a modest three-bedroom rental in the woods near Sag Harbor — “a real no-frills situation — to house the summer staff of his  Water Mill restaurant, Calissa. Cost:  $100,000 a year.

“It was not an offer I was psyched to make, but as soon as I did they said the price had been raised to $130,000 [overnight]!” he said. “I don’t know of any other real estate market that would jump almost 30 percent in one day. It was pure avarice.’’

The Hamptons have never been known for bargain pricing, but even the most jaded spenders say everything from housing to boat fees to food is out of control this season. Blame it on more  people feeling desperate to escape out east after being cooped up.

Park Avenue cosmetic dermatologist Dr. Anetta Reszko decided to open a summer pop-up in Southampton to accommodate her eastward clients, but when she attempted to sign her two young children up for day camp out there, she met a rude awakening.

“Everything has become outrageous,’’ Reszko said. “Not only is it expensive, but it’s almost impossible to get them in.’’

“I’ve kept a small boat for years at a spot in East Hampton which cost $6,000 each season. This year they cancelled our slip and said a new one would be more than double the price, which we just couldn’t pay,’’ says David Hart, co-owner of the Sag
Harbor restaurant K Pasa. “Even more incredible is that there are practically no slips available anywhere.”

Celebrity hairdresser Julian Farel, who docks at the ShagWong marina in East Hampton, says that his docking fees more than doubled. “Last year is was about $230 per foot, but this year it is over $550. If you want to keep your boat in the water, you have no choice.’’

“I almost had a heart attack when I saw that the oil we use went from $19 to $39 because the company said they couldn’t find drivers to bring it out here. Local granola has gone from $108 to $170 per case,” said Zach Erdem, owner of the Southampton restaurant 75 Main. “For ten years we charged $34 for skirt steak but this year we had to raise it to $44 because the price we paid for it went up by over 50 percent. I don’t want to upset my customers but we have to survive. Even the casual restaurants in Montauk are up 20 to 30 percent [for menu prices].”

But sheer demand appears to be the main driver of the escalating prices.

As the more affordable Hampton Bays area has seen an uptick in traffic from those being priced out of places further east, retailers are catering to a different type of customer.

“Due to the influx of New Yorkers and guests from Southampton we saw a demand from more luxury items so we added an $85 pasta with lobster to the menu,’’ said Salvatore Biundo, owner of the popular Italian restaurant Centro.

“Everyone including the gardener, painters and electrician asked for an increase of 25 to 40 percent this season,’’ says Dana Duneier, an entrepreneur who owns a home
in Water Mill. “My housekeeper explained that she is in demand.’’

The biggest hurdle, of course, is scoring a home at all. Cindy Barshop, who owns the feminine spa VSpot, said she lost out on several bidding wars before eventually scoring a place on the Amagansett Dunes.

“I wanted to be in Southampton but the prices were astronomical and by the time I was scheduled to see a house, it was usually gone,’’ she said. When a friend told her about their neighbor’s house being for rent, “I just grabbed it sight unseen. In the past, I would bargain and test the beds, water pressure and air conditioning. This time I asked no questions.”

Broker Amy Herman, meanwhile, had no intention of leasing her home but a couple made her an offer she couldn’t refuse. “I really wanted to stay in my house, but the rent for two weeks covered my mortgage for a year,’’ she said.

And some people are throwing in the towel.

Tax credit specialist Steve Waldman said he and his wife tried and failed to land several places before finally locking in one in Amagansett — or so they thought.

“We agreed on a price, asked them to draw up a lease and went to lunch,” Waldman recalled. While the couple were eating they got a call that someone else had stolen the place out from under them.

“We were so disappointed that I got on my computer and found a place on the ocean in Marina del Ray. It’s beautiful and would have been three times its price in the Hamptons.”