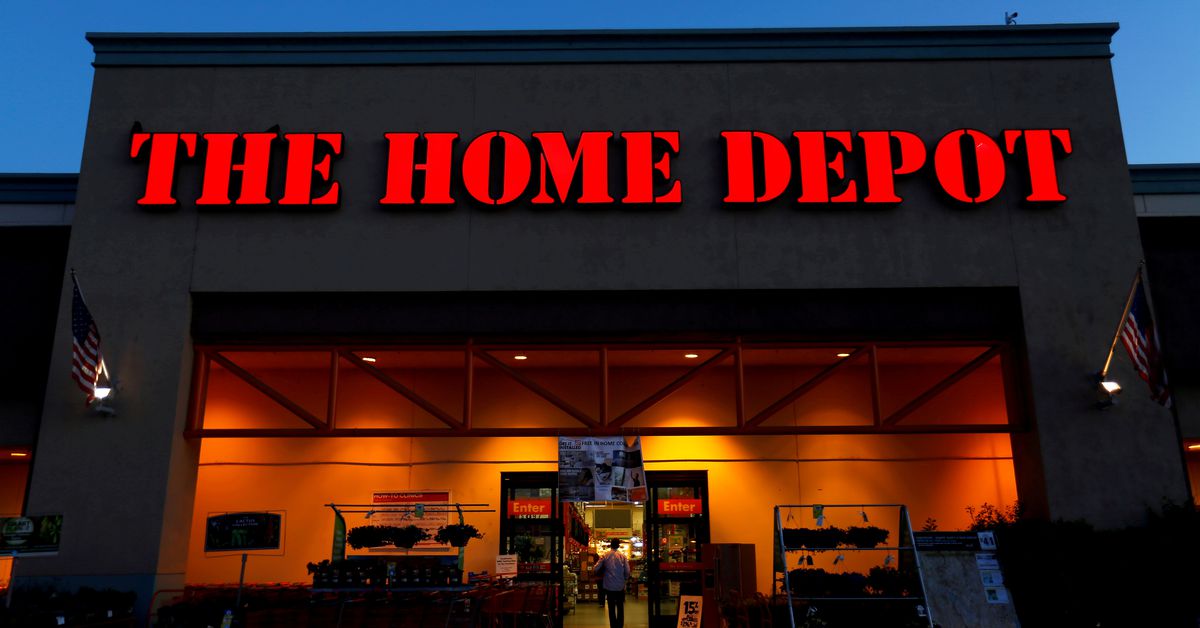 The logo of Home Depot is seen in Encinitas, California April 4, 2016. REUTERS/Mike Blake

Professional contractors such as builders and handymen have been rushing back to Home Depot’s stores as they look to upgrade their toolkits and source building materials to complete a backlog of home improvement and repair jobs that were put on hold during the COVID-19 crisis.

Rising house prices in the United States has also given people confidence to invest in home upgrades, while more millenials moving to suburban areas during the pandemic has expanded the customer base of retailers like Home Depot.

Despite fears that demand from do-it-yourself customers would wane this year as people get back to spending more time outside their homes, Home Depot Chief Executive Officer Craig Menear said sales at the company’s stores were still holding strong.

“We had expected that, as the year progressed, you might see customers reverting back and spending in other areas. That may have affected us, but we really haven’t seen that. Demand continues to remain strong,” Menear said on an analyst call.

The company’s same-store sales rose 6.1% in the third quarter, beating estimates of a 1.4% increase, according to Refinitiv IBES data. Overall net sales rose nearly 10% to $36.82 billion, above estimates of $35.01 billion.

Home Depot said same-store sales in the first two weeks of the fourth quarter were trending higher than third-quarter numbers.

Executives also said Home Depot had received most of its fourth-quarter products, easing concerns of holiday season shortages. The company has been spending heavily to get around global supply chain logjams, including even chartering its own cargo ships.

Reporting by Uday Sampath in Bengaluru; Editing by Maju Samuel