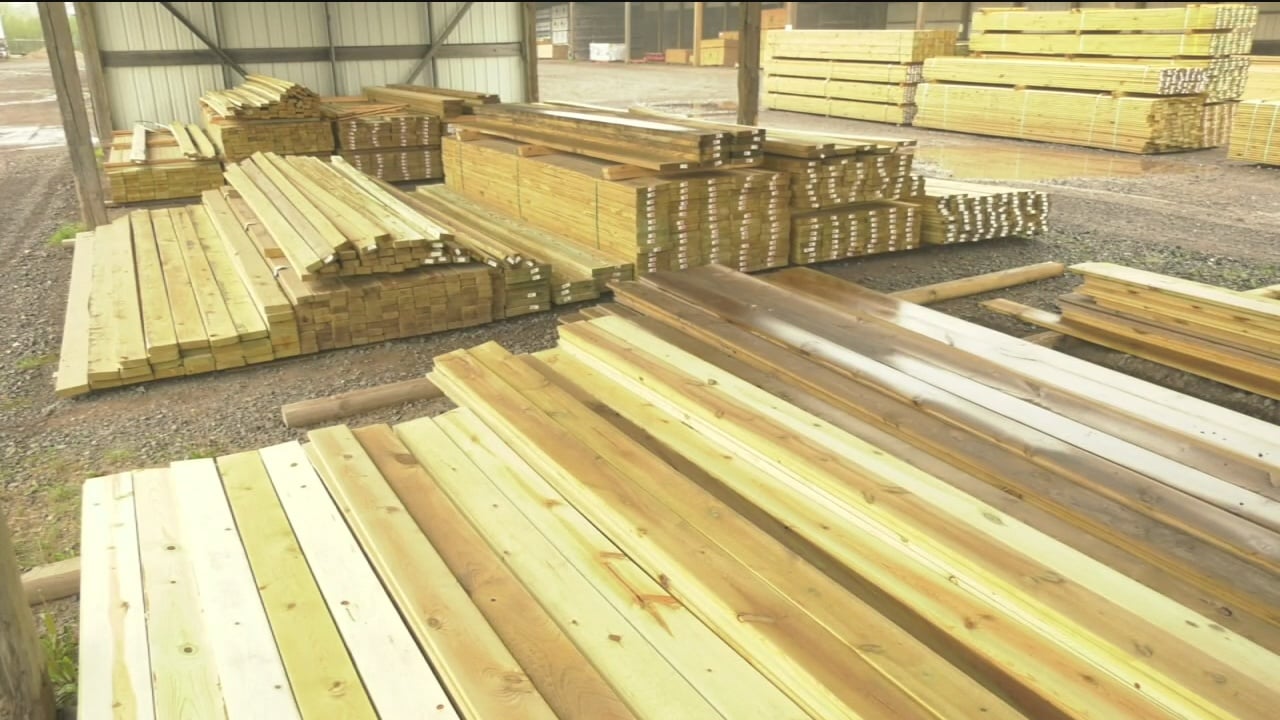 TWIN PORTS — Home improvement season is among us, and hardware stores are having trouble keeping their shelves stocked. There is a nation-wide shortage on paint, and the price of lumber has sky-rocketed over the last year.

Currently more people are working on home improvement projects across the country driving up demand on lumber, which is also being impacted by shipping delays due to COVID-19.

For paint, some of the chemicals for making it are in short demand as they come from Texas, which has was ravaged by a major cold snap leading to less paint being shipped out.

Locally, the price of lumber has increased 4 times in the past year alone, leaving businesses discouraged. Not only are they having a difficult time getting lumber, but prices fluctuate often, which is also a struggle.

“Well it’s been crazy, when you do an estimate or a bid, its hard to hold the bid, you try to hold it as long as you can until the price goes up, and then unfortunately you have to let your customer know that it’s gonna be higher than it was two weeks ago,” said Frank Gerard, the President of Campbell Lumber and Supply Co. in Superior.

On the other hand, paint has only increased once by 3{20eb6c2ab828a504c8f39376ce59f081edb55b3f41d15288d73e6d9c90357c57}, and Andren’s in Duluth is noticing the shortage more, but as one of the independently owned paint shops in the area, they are able to find ways to keep up. “There’s a lot of advantages to being the only locally owned place left in that we’re able to maneuver a little bit better and still make sure that we have enough inventory on hand for our customers,” Christopher Ellian, the Owner of Andren’s Paint Company said.

Lumber is at a record high and Campbell’s Lumber is advising customers to purchase now if possible, “if they can afford it, enjoy the result of their hard work and their hard earned money to get that new product,” Gerard said,”it’s a difficult selling environment but we’re just adapting to the new normal”.

Local stores say it’s hard to predict how prices will be effected as demand continues, but they are optimistic things could get back to normal as the pandemic winds down.