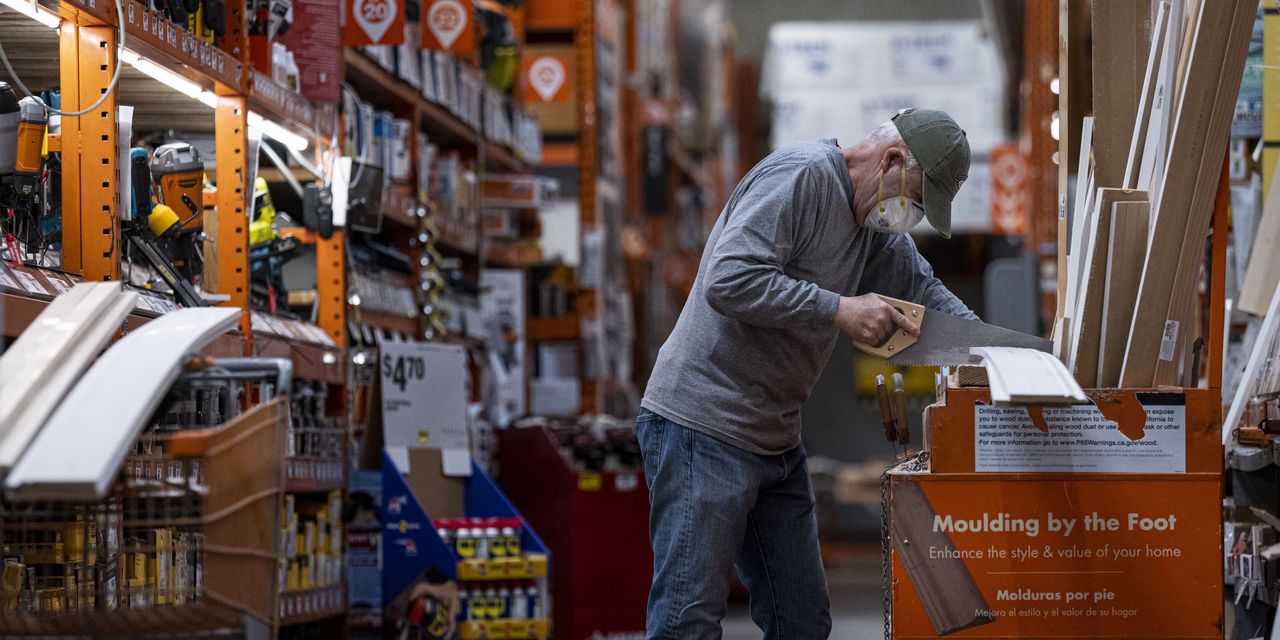 For several quarters now executives at

Cos. have faced the same old question: Just how much more can consumers spend on their homes? The answer has been consistent: More than you would think.

The two retailers’ results seem to dispel some bearish theories around consumer behavior. One fear was that rampant inflation in raw materials would motivate consumers to postpone or cancel projects. A sheet of lumber product that was priced at $9.55 at Home Depot roughly a year ago had quadrupled in price to $39.76, the company noted in its Tuesday earnings call. Still, lumber was among the top-performing categories for both Home Depot and Lowe’s last quarter.

Another concern was that strong demand from do-it-yourself consumers would wane quickly because much of it was driven by fleeting pandemic habits. That doesn’t seem to have been the case so far, with DIY demand still growing at a healthy pace, though both retailers reported even stronger demand from professional customers.

Both companies’ share prices fell after they announced blowout results, just as they have for the past few quarters despite consistently topping expectations. Investors can’t seem to shake the concern that the music might stop abruptly as consumers shift their attention and spending away from their homes.

Yet signs point to lasting structural demand for home renovation and repairs. One encouraging sign is that sales growth has been consistent across different regions, whether they had high vaccination rates or not. Lowe’s Chief Executive

said on a Wednesday morning earnings call that the sales performance was “more consistently broad-based” across markets than any other time in his career.

Outside indicators paint a bullish picture, too. Higher home prices today are supported by a real supply-demand imbalance, which implies lasting strength in prices. That can be a catalyst for continued spending: Existing homeowners are likely to feel that the investments are worth it, while sellers could look to renovate and flip homes with a higher sticker price. An April 15 forecast from the Remodeling Futures Program at the Joint Center for Housing Studies of Harvard University showed that spending on renovation and repairs is expected to increase at rates higher than year-ago levels through the end of 2021. The program uses several economic indicators that have had strong correlations with remodeling spending, including the home-price index, housing starts and remodeling permits.

After reaching their respective historic highs earlier in May, Home Depot and Lowe’s have given back some gains. Home Depot now trades at 22 times forward 12-month earnings, while Lowe’s fetches 18 times. Both are only slightly higher than their respective five-year averages.