Home renovation projects in the Northeast appear to be slowing, with 54% of homeowners reporting significant home improvements compared with 56% in December 2020, according to a Harris Poll. 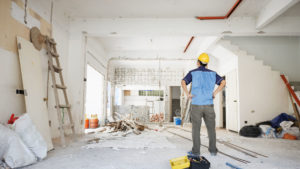 Commissioned by Selective Insurance, the study found that home renovations nationwide have increased since the start of 2021, with 55% of U.S. homeowners reporting substantial improvements that boost home values – a 25% increase from a similar Selective and Harris Poll survey conducted in December 2020.

Those results would seem to indicate that home improvements are continuing to rise despite reports about supply chain delays, increasing cost of materials and labor shortages.

Among the report’s highlights:

An analysis of Selective’s active commercial liability insurance policies identified a 5 to 10% increase in residential construction payroll and an approximately 15% increase in subcontracting costs year over year from 2019 through 2021.

“These indicators underscore continued home improvement activity well into 2021 and across the company’s commercial lines footprint,” the firm stated.