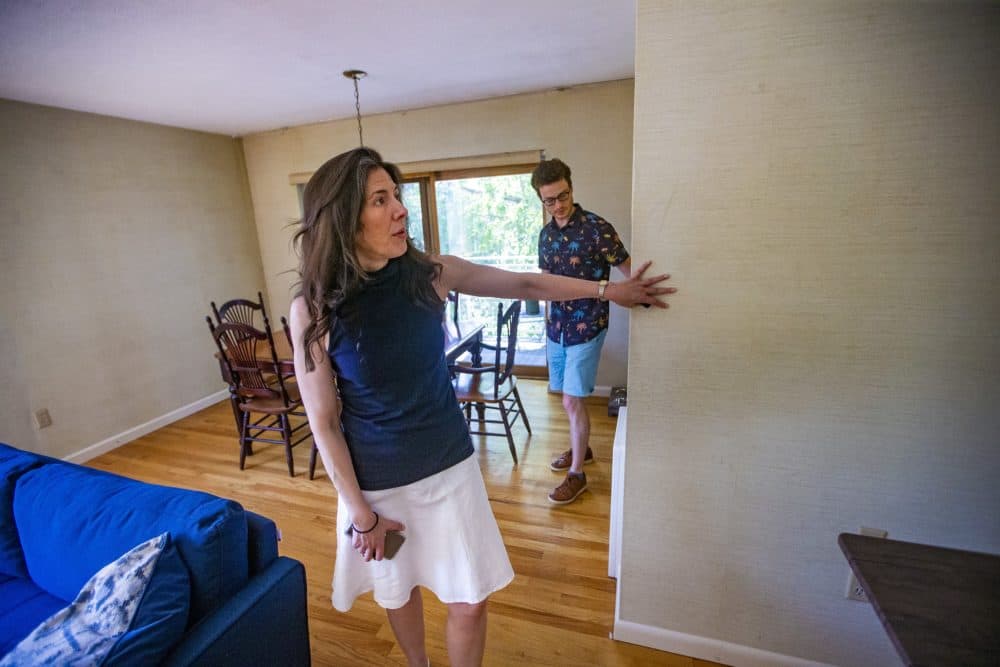 The real estate listing touted the $800,000 Brookline home as a sophisticated, sun-drenched condo in Coolidge Corner with high ceilings and a private balcony.

But the moment Leon Vasershteyn stepped inside, he noticed a foul odor.

Over the past six years, Vasershteyn estimated he’s toured more than 100 listings and made roughly 20 offers. All were rejected.

So even when he finds a place he likes — one that doesn’t smell or need massive updates — he fears he’ll be outbid.

Like other hopeful homebuyers Greater Boston, Vasershteyn keeps expecting the market to slow down. But prices keep hitting new highs, despite the pandemic and slow economic recovery.

For the third-straight month, prices for single-families in June topped a half a million dollars.

In June, inventory for single-families was down more than 50% in Massachusetts from a year ago, while condo inventory was down 38%, That’s sparked bidding wars for the few homes left on the market.

“There’s just too many people who want to buy houses and not enough houses to buy,” said Cassidy Norton, associate publisher with the Warren Group, a real estate information firm based in Peabody.

Data from the Warren Group show the market has been sizzling in suburbs a bit farther from Boston.

Median prices on single-families have doubled in the seaside communities of Salisbury and Edgartown over the past two years (from June 2019 to June 2021). Some agents said that’s partly because the pandemic has caused more city-dwellers to buy second homes in vacation spots, and because the dearth of homes closer to Boston has forced them to look elsewhere.

Related: 5 Tips To Buy A House In A Hot Housing Market

By contrast, prices have been flat or actually fallen slightly since 2019 in some communities close to Boston, including Cambridge, Somerville and Brookline.

Norton said COVID-19 is clearly having an impact on the housing market, as many remote workers sought bigger homes farther away from downtown Boston.

Normally, buyers have always been able to find more space for less money outside the city. But the intense competition has made it harder to buy there.

Greg Vasil, head of the Greater Boston Real Estate Board, said it’s clear companies are shifting to remote work. But he said the bigger issue is the lack of homes for sale across the state.

“The bottom line is we just don’t have enough supply,” he said.

Stoughton-based agent Val Molcha said the shortage is forcing buyers to keep looking at more and more distant suburbs to find a house they can afford. For instance, someone who might have been able to buy in Braintree a few years ago now has to look in Weymouth, Randolph or other towns farther from Boston.

On the other hand, Craig Foley, an agent with LAER Realty Partners who specializes in high-efficiency homes, said the Boston housing market is heating up again after some buyers initially fled the city during the pandemic.

For Foley, it’s reminiscent of what happened in New York City after the Sept. 11 terrorist attacks two decades ago.

“People at the time said, ‘Oh, you’ll never sell a home in New York City again.’ And of course, we knew that is not what finally happened,” Foley said. “Buyers came flocking back to New York City — and we’re seeing that same thing in Boston.”

Agent Randy Horn said one client just lost out on a home in Malden — even after bidding $100,000 over the asking price. There were 32 other offers. “So that was a little discouraging,” he noted.

Horn warns his clients against getting caught up in bidding wars or paying too much for single-family homes in the suburbs. Instead, he points buyers to condos, which are often more affordable and plentiful, or neighborhoods around Boston that are slightly less heated.

But as Vasershteyn, the first-time homebuyer, found in Brookline, even finding condos closer to Boston can be a challenge right now.