The pandemic gave literal meaning to the idea that our homes are a refuge, a place to seek shelter during uncertain and unsafe times. It’s a concept that designers and architects worldwide are taking more seriously than ever—not just in the event of another pandemic, but also because of climate change.

On a global scale, severe weather is becoming more of an issue. Wildfires, floods, hurricanes and winter storms are getting more frequent and more devastating. Sea levels continue to rise, posing threats to coastal properties around the world. A report released by the United Nations in August found that even if countries were to drastically reduce their emissions tomorrow, the total global temperature is likely to rise around 1.5 degrees Celsius (34.7 F) within the next two decades, all but ensuring an increase in severe weather events. So, how are designers and architects—particularly those working in vulnerable regions—taking these issues into account when designing homes meant to last for generations? 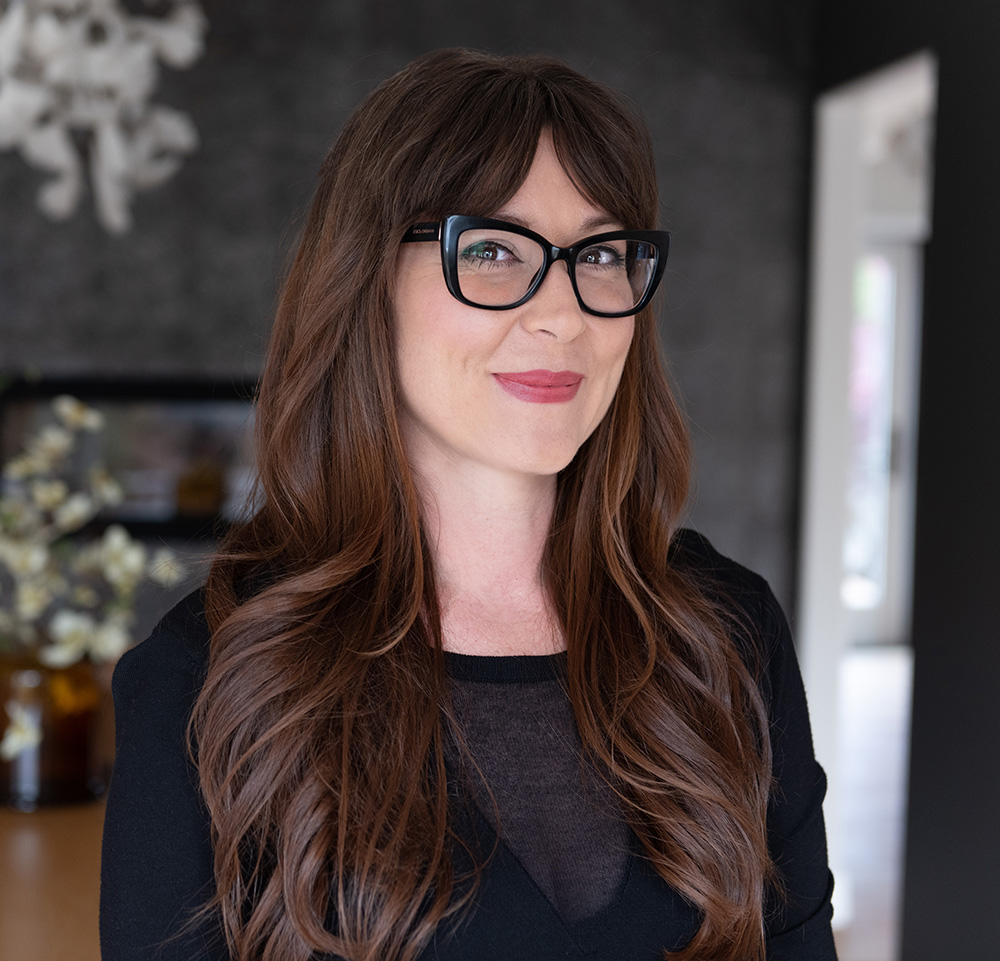 California designers are already facing a litany of climate-related challenges, including droughts, wildfires and rising sea levels. “While it’s great to work with clients who are committed to reducing the carbon footprint of their home, a big piece of this is accepting that disaster may already be upon us,” says Sarah Barnard, a designer based in Santa Monica. “If that’s the case, what are the things we can do to better protect ourselves and our loved ones?”

Encouraging clients to invest in solar power and electric appliances when possible is “a no-brainer,” says Barnard. “With solar, you see an immediate return on your investment with lower electricity bills, a tax credit and the potential to feed it back to the local power grid, but there’s also a peace of mind in knowing that your home could be self-sufficient should electricity go down or be cut off in an emergency, which does happen to prevent fires in California.”

A home without gas is typically safer, as it mitigates the risk of leaks and improves indoor air quality. Though many homeowners still consider a shiny gas oven and cooking range the epitome of luxury, Barnard has seen that start to change as gourmet kitchen brands continue to develop sleek induction cooktops, which are a far cry from the red-ringed electric ranges of the past.

In 2020, San Francisco—perhaps America’s most environmentally progressive city—voted to ban gas in new residential buildings; as recently as April, the city supervisor considered banning gas appliances entirely as part of the goal to become net-zero carbon by 2045. Jenny Rios, an architect and construction manager based in the Bay Area, tells homeowners to electrify as many systems as possible, from kitchen appliances to heat pumps.

Maximizing homes’ self-sufficiency is key to creating a climate-resilient dwelling, and it’s not just energy that needs to be taken into account. Water reclamation is also a growing feature of environmentally conscious homes. Commonly referred to as grey-water systems, these setups recapture used water from washing machines, showers and baths. The name comes from the cloudy tinge that water takes on when mixed with soap, but once it has been filtered, the water appears clear and is safe to use for outdoor irrigation. The systems run about $15,000—which isn’t a wild figure, considering the size of some new-build budgets. While grey-water systems are becoming more popular in drought-prone California, New York–based designer Laurence Carr says that she has seen some of her East Coast clients starting to implement them as well. 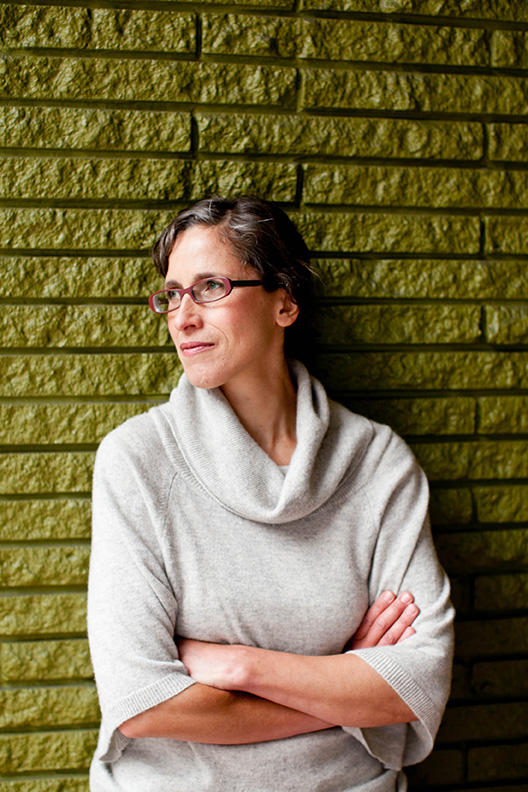 When it comes to broaching these topics with clients, San Francisco–based Karen Curtiss, the principal at Red Dot Studio Architecture and Design, decided years ago to stop asking clients if they wanted to make environmentally conscious choices and just started telling them that’s how she worked. “In the beginning, I would bring up things like using alternate materials, and more often than not, the client would say no,” she says. Once she changed course and made a green checklist part of her initial pitch, she found that the clients who hired her were already on board and didn’t need to be sold. Curtiss developed two lists: one of choices she’d make for all homes moving forward, like going all electric and positioning windows to capture the most natural light, and the other with optional green features that go a bit further, like water reclamation systems or CarbonCure concrete, a material with recycled carbon dioxide injected into fresh concrete foundations to reduce a home’s carbon footprint.

It has gotten progressively easier for Curtiss to persuade clients to go further with their choices, particularly in Northern California, where people are seeing firsthand the impact of droughts and wildfire-induced power shutoffs. She says she has seen some clients invest in integrated air-filtration systems to help with smoke from wildfires. Other design considerations might include a metal roof, or certain kinds of cladding that burn off while protecting the walls behind them. Barnard suggests that clients with homes in areas susceptible to wildfires or flooding discuss their choice of a garage door with a general contractor before installation, as that’s often an entry point for weather damage. “There are garage door options on the market now that can withstand several hours of fire,” she says. “Should a weather disaster occur, your home has a bit more resilience.”

Coastal homes present their own challenges: Designers and architects are forced to consider the possibility of both flooding and wind damage. Allison Anderson and John Anderson, principals of Bay St. Louis, Mississippi–based Unabridged Architecture, check not only the history of storm damage around a waterfront property but also the climate projections for the area, as the potential sea-level rise can vary widely. “We ask our clients about their expectations for service life—is it 50 years? 100 years?—and plan accordingly to maintain habitability for that period,” says John Anderson. “We ask about their tolerance for risk, as well. When a hurricane is coming, will they board up and evacuate? Do they expect to return quickly after a storm? These considerations are factored into the earliest vision for the project and help us decide on the materials, forms, and orientation on the site.” 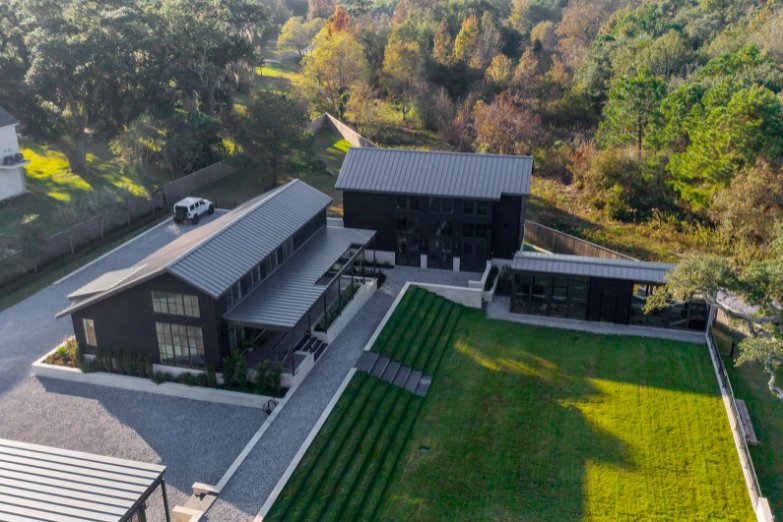 Bill Taylor of Miami-based firm Taylor & Taylor Architecture & Interiors says that in South Florida, most homes were historically built at a 6-foot elevation—which is 3 feet lower than what the Federal Emergency Management Agency currently recommends for new construction in the area. Many communities are now encouraging homeowners to go even higher, elevating homes 11 feet or more.

When it comes to addressing the potential for flooding and severe rainfall, the Andersons like to work at the intersection of architecture and landscape design. “We have limited ways to prevent flooding: Avoid the possibility by setting [the house] back from the water or elevating [it]; accommodate water by creating spaces that can flood safely and be cleaned easily after an event; or resist water through floodproofing,” says Allison Anderson. They often use a combination of such features to offer clients as much protection as possible.

On a recent project on the Gulf Coast, Unabridged Architecture elevated the house 5 feet above grade by using two terraces, a low retaining wall that deflects waves, and a chain wall foundation to raise the house above the required base flood elevation. Inside, the interior finishes were chosen to prevent mold growth, an important consideration in a humid climate. There is no drywall, and the walls and ceilings are all wood. “Ultimately, the decisions we make today have a tremendous financial and functional impact for our clients,” says John Anderson. “We do everything we can to ensure their investment is durable, resilient, and ready for the future.”

7 Interior Design Trends For 2022 To Inspire Your Home Makeover

This website uses cookies to improve your experience while you navigate through the website. Out of these, the cookies that are categorized as necessary are stored on your browser as they are essential for the working of basic functionalities of the website. We also use third-party cookies that help us analyze and understand how you use this website. These cookies will be stored in your browser only with your consent. You also have the option to opt-out of these cookies. But opting out of some of these cookies may affect your browsing experience.
Necessary Always Enabled
Necessary cookies are absolutely essential for the website to function properly. This category only includes cookies that ensures basic functionalities and security features of the website. These cookies do not store any personal information.
Non-necessary
Any cookies that may not be particularly necessary for the website to function and is used specifically to collect user personal data via analytics, ads, other embedded contents are termed as non-necessary cookies. It is mandatory to procure user consent prior to running these cookies on your website.
SAVE & ACCEPT
Go to mobile version