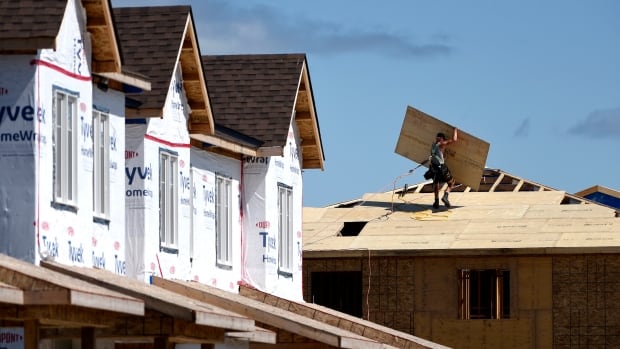 Homeowners across New Brunswick are an easy target for unscrupulous home-improvement contractors because the province has no law aimed at discouraging scammers from working in the industry, says the provincial home builders’ association.

Anyone can become a home-building contractor without any formal licensing or training requirements, says Claudia Simmonds, the CEO of Canadian Home Builders’ Association of New Brunswick.

“In the province of New Brunswick, there are absolutely no requirements whatsoever for people who build or renovate homes,” said Simmonds, whose group has lobbied for change.

In New Brunswick, there have long been stories about contractors who demand large deposits for repairs such as roofing, then disappear without doing the work, she said.

But the stories have become more common during the pandemic, with so many people trying to renovate their homes.

The RCMP are investigating at least 25 complaints about a home improvement contractor in the Charlotte County area, with more than $350,000 in losses reported so far.

Another RCMP investigation has also been opened into a roofing contractor in the Quispamsis area.

For the most part, property owners are left to resolve their conflicts with contractors on their own, with small claims court or civil litigation often the only tools at their disposal, Simmonds said.

Homeowners can go to police, but unless there is a pattern of scams impacting a large number of victims, police generally consider these cases to be civil matters, she said.

“A lot of homeowners just have to suck it up, and that’s not right,” Simmonds said. “It’s not right that anyone can come into this industry and go to work without any skills, training, knowledge, or credibility whatsoever and put homeowners’ livelihood at risk.

“The industry is full of these types of practitioners.”

David Harris of Quispamsis said he has talked to the Town of Quispamsis and with politicians about the lack of regulation after losing more than $250,000 to a contractor he hired to demolish his house after it burned and to build a new one.

“Everyone that I’ve talked to and all the elected officials have been very supportive,” said Harris, who also plans to write to Premier Blaine Higgs.

“Something’s got to change.”

After his home burned down on March 2, Harris hired a contractor he knew to arrange for demolition and the building of a new home. The money Harris lost included $200,000 he paid as a first instalment on the home.

Some of that demolition work was completed by late August, but no more work has been done since then, according to the statement of claim Harris has filed in a lawsuit against the contractor.

“There were constant delays,” he said. “It just never happened.”

Harris decided to terminate the contract in October after the contractor refused to provide any receipts showing the materials he claimed to have bought for the home.

The contractor has not filed a statement of defence, and none of Harris’s allegations have been tested in court

The home builders’ association has been asking the New Brunswick government to introduce a contractors registry and mandatory licensing to ensure contractors are held to higher standards.

“The province refuses our efforts and our lobbying to bring in a contractor registry that would ensure that people who build homes for people in this province are legitimate builders that have training, knowledge, experience,” Simmonds  said.

She pointed to British Columbia, which has a Homeowner Protection Act. Under the B.C. act, contractors must carry a licence to work in the industry and can be fined up to $25,000 if they’re caught working in the residential building industry without one.

Licences are reviewed each year and to obtain one, contractors must provide proof of two years of experience managing or supervising residential construction within the past five years.

“The government of New Brunswick needs to put in place a contractor registry and an ombudsman, or an opportunity for consumers to make complaints about unscrupulous contractors or builders who rip them off,” she said.

Asked to comment, a government spokesperson would not address the home builders’ call for regulation but instead confirmed what the group said.

“There is no provincial regulatory body or oversight of builders and renovators in New Brunswick,” said Erika Jutras, a spokesperson for the Department of Finance and Treasury Board.

The Financial and Consumer Services Commission recommends New Brunswick homeowners get everything in writing, that they hire contractors that provide warranties, and that they look for solid references from past clients.

Homeowners should also be skeptical about requests for down payments, said Ron Hutton, the executive director of the New Brunswick Roofing Contractors Association.

“You shouldn’t pay until the job is done,” Hutton said in an earlier interview. “If a contractor needs the money up front to pay for materials, it means his cash flow is very low, and that would be another red flag.

“If they’re looking for money to buy materials then I would say ‘I’ll buy the materials, you tell me the quantity and I’ll have it delivered to my home.’ That way you’ve got the materials under your finger and you’ve paid for it.'”

Simmonds said homeowners can also look to contractors who are accredited members of professional associations such as the home builders’ group and the roofing association or are accredited by the Better Business Bureau.