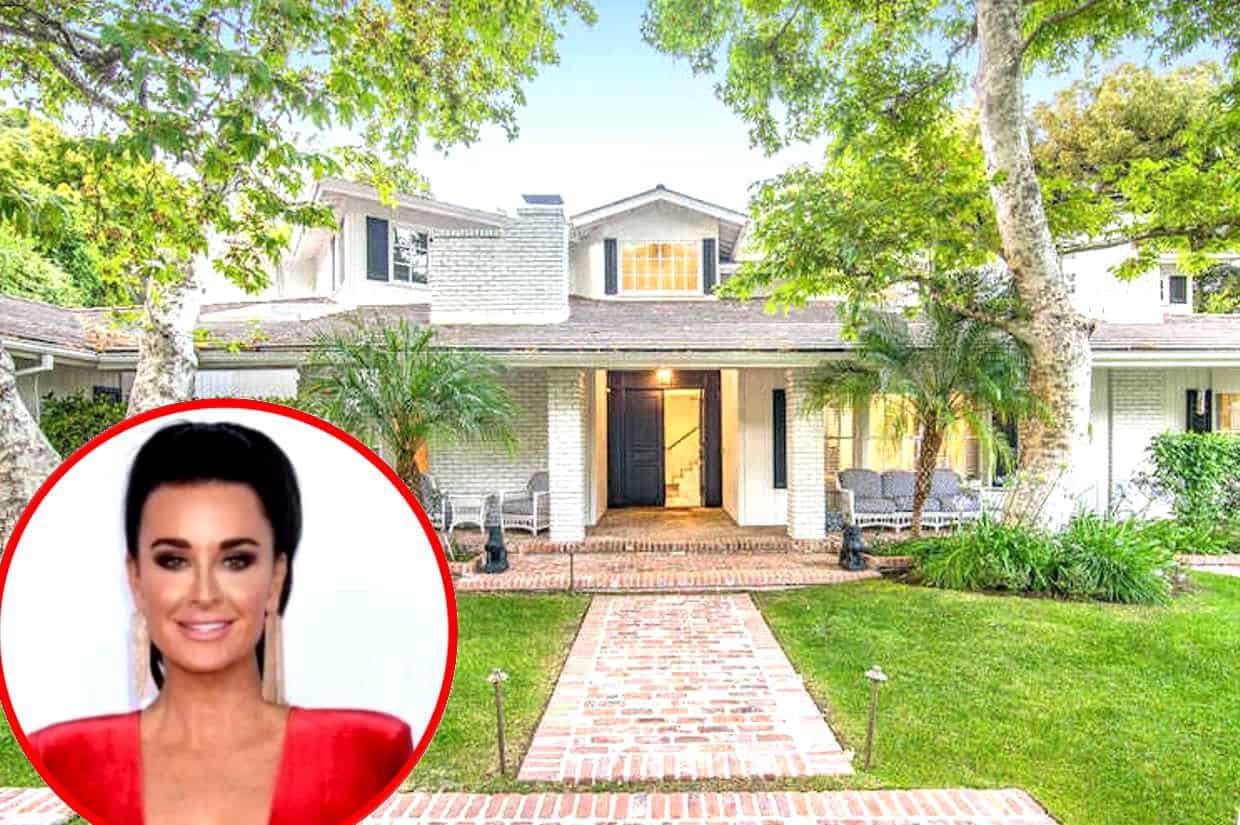 Kyle Richards and Mauricio Umansky have relisted their stunning home in Bel Air.

After briefly taking the home off the market last summer, at which point Kyle’s Real Housewives of Beverly Hills co-star, Sutton Stracke, moved in, the stunning piece of Bravo history is back on the market for $6.75 million with Kyle’s daughters, Alexia Umansky and Farrah Aldjufrie listed as agents.

Designed by Faye Resnick, a longtime friend of Kyle’s, Kyle and Mauricio’s former family home is filled with exquisite details and amenities, including a chef’s kitchen and a sophisticated pub designed for entertaining.

The home is located on a quiet, tree-lined street.

Inside the 6,229-square-foot home, which was featured for several seasons of RHOBH and previously listed for $5.95 million, are seven bedrooms, eight-and-a-half bathrooms, a theater, an office, a pool, a sports court for paddle tennis or pickleball, a putting green, and a large grassy lawn.

In the all-white kitchen, two ornate lights hang from a wooden beam. 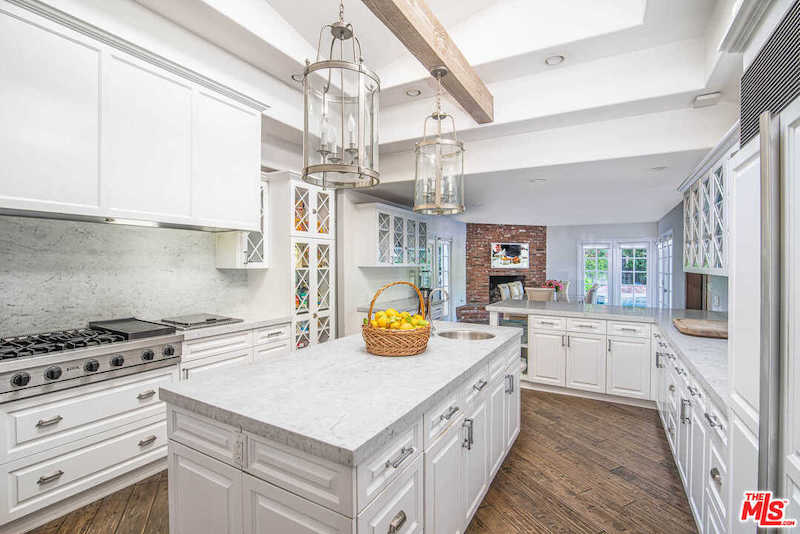 The chef’s kitchen features a large island and extended stove.

Just off the kitchen is a dinning area with a brick-lined fireplace and wood-paneled ceiling.

Windows in the ceiling provide for additional light.

A fireplace can also be found in the home’s living room, which features a vaulted ceiling and large windows. 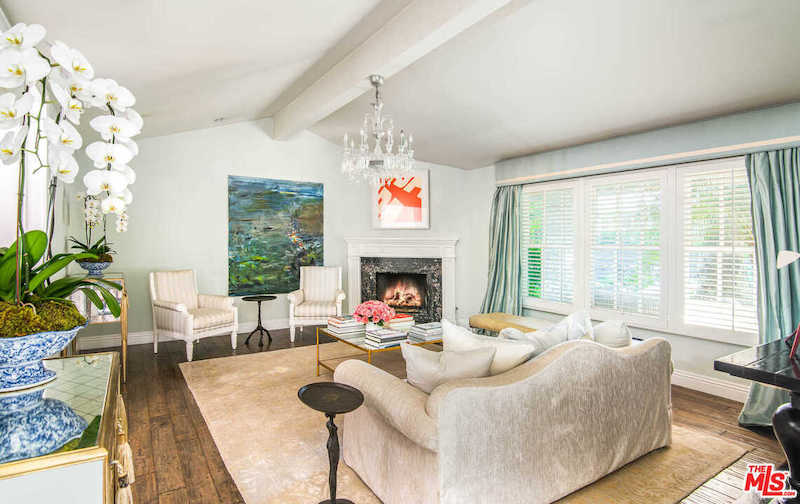 A chandelier hangs from a painted beam on the vaulted ceiling of the living room.

A pub with a third fireplace and wet bar can also be found on the lower level of the home. 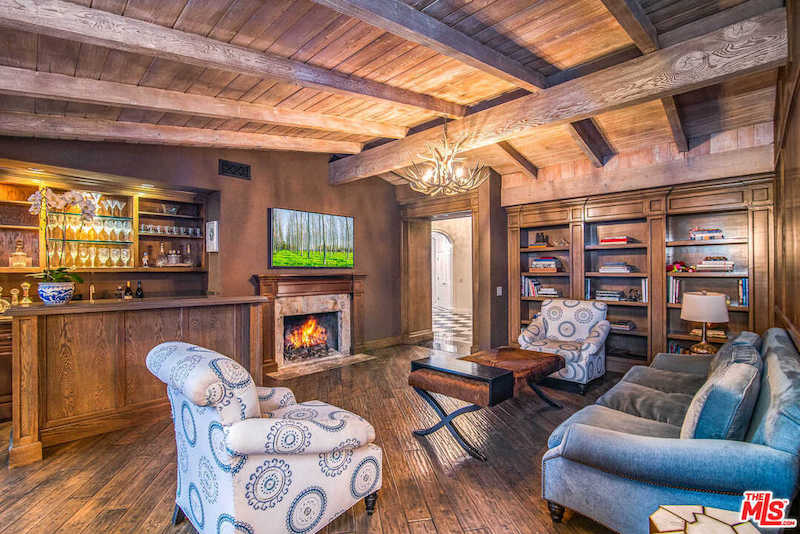 Wood can be seen throughout the pub, which also features shelving and ceiling beams.

Upstairs are four of the seven bedrooms, including Kyle and Mauricio’s former master suite, which features his and hers closets and a stunning white bathroom. 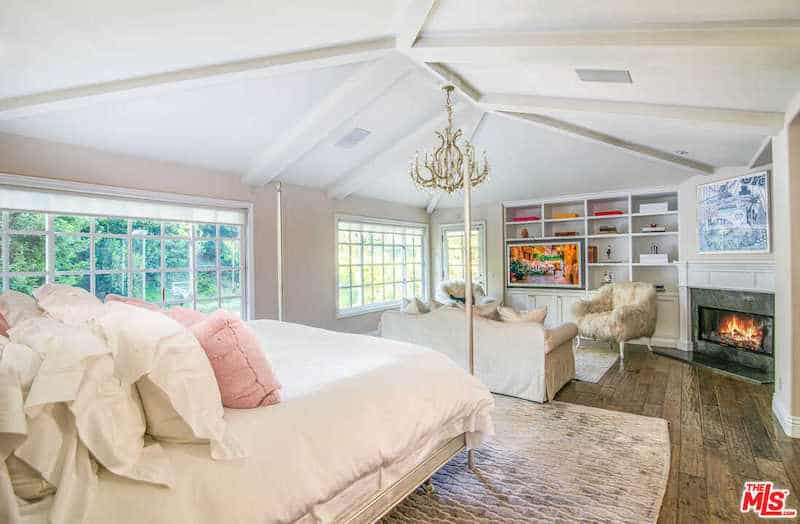 A golden chandelier hangs from the vaulted ceiling of the master bedroom. 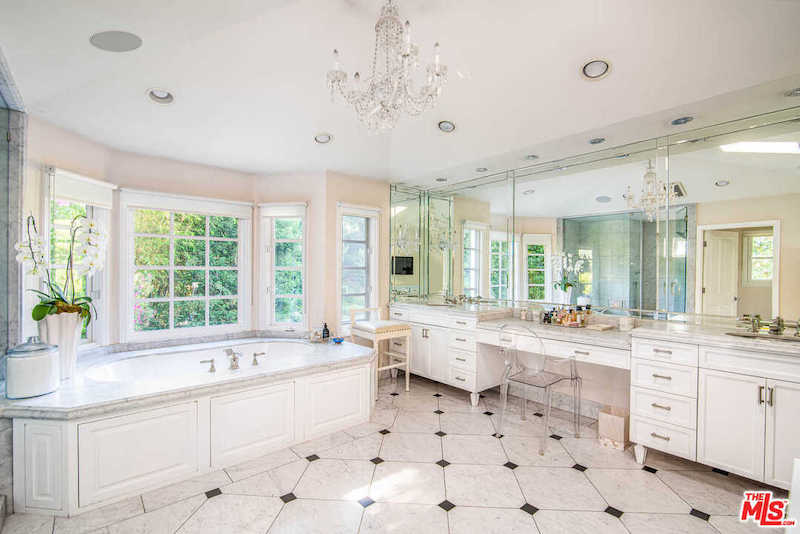 The bathroom of the master suite includes a sitting tub and plenty of natural light. 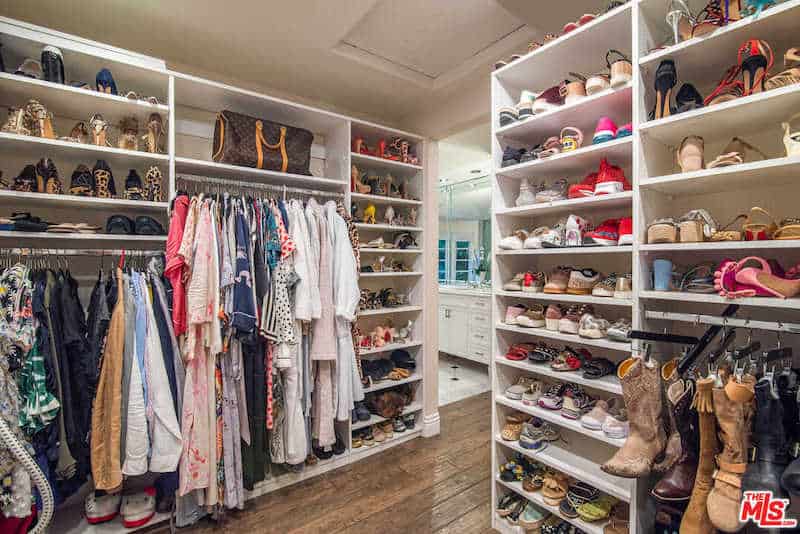 One of the closets is outfitted with shelving and space to hang clothes.

Another bedroom features several widows and yet another chandelier. 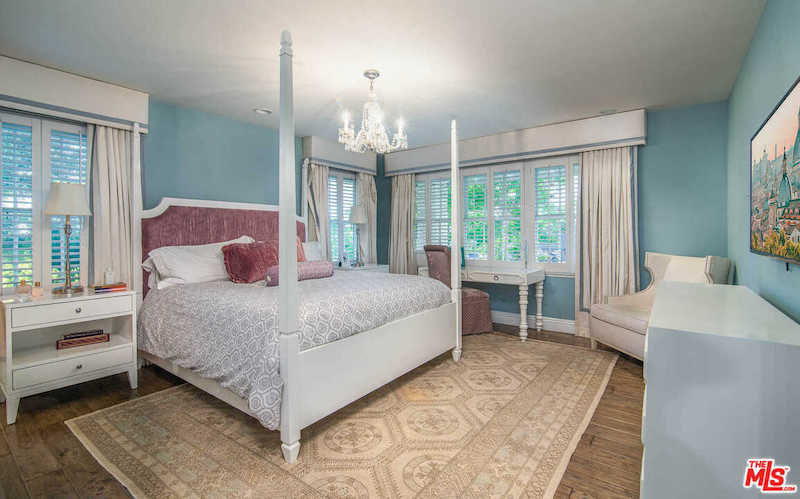 The theater room of the home features wood walls and luxurious blue seating with matching carpet and curtains. 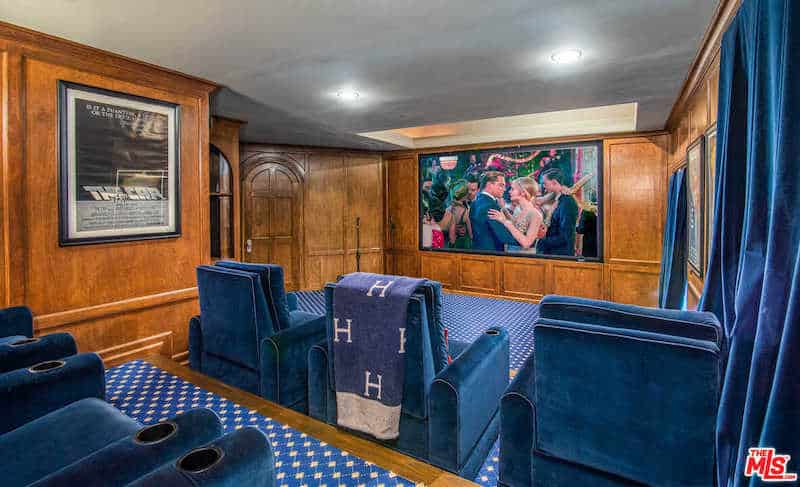 In the backyard is an in-ground swimming pool and plenty of grass-covered space. 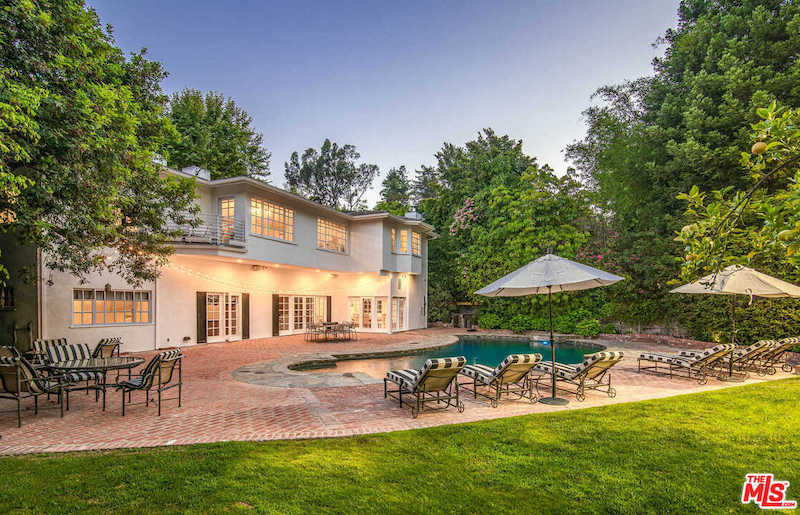 A number of ‘RHOBH’ events were held at this very location.

As RHOBH fans well know, Sutton began renting Kyle and Mauricio’s home in 2020 after embarking on a series of extensive renovations on the $5.35 million home she bought that same year.

The Real Housewives of Beverly Hills season 11 airs Wednesdays at 8/7c on Bravo.