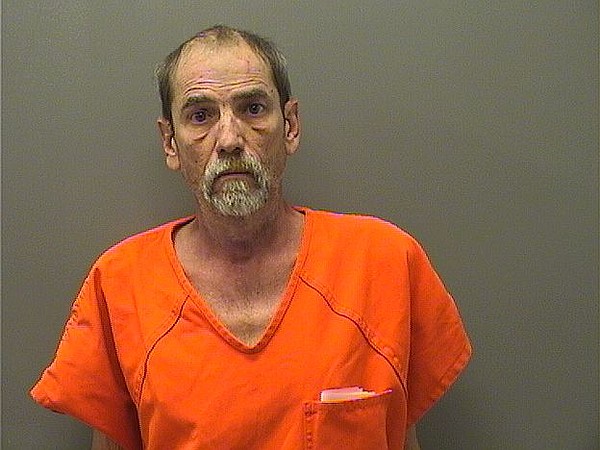 A local man who beat another man to death with a baseball bat last year was sentenced to 15 years in prison Tuesday after pleading guilty in Garland County Circuit Court.

Terry Eugene Hughes, 56, who has remained in custody in lieu of a $150,000 bond since his arrest, pleaded guilty to first-degree murder, punishable by up to life in prison, for the April 14, 2020, death of Joshua David Buck, 43, who was found dead inside his apartment at 307 Oakcliff St.

“Plus he will have the suspended sentence over him if he paroles out,” Petro said, which is the same as probation.

“He was asserting self-defense because (Buck) had a bow and arrow underneath his body,” she said. “The bow and arrow were a decoration on the wall so it’s hard to say if (Buck) did try to pull it on (Hughes) or it got pulled off the wall during the struggle.”

Petro said the evidence “clearly shows that even if it was self-defense, (Hughes) went too far.”

Hughes, who had no prior felony history, was arrested at the scene the day of the incident and had pleaded not guilty to the charge on July 7. A gag order limiting pretrial publicity in the case was issued that day by Judge Marcia Hearnsberger.

According to the probable cause affidavit, on April 14, around 10:30 a.m., Hughes called 911 dispatch and stated there was a dead body at the apartment he was at on Oakcliff Street, but he didn’t know the exact address.

Dispatchers determined Hughes was calling from the upstairs apartment at 207 Oakcliff and officers responded to the location. Before officers got there, Hughes told the dispatcher he knew the victim was dead because he had hit him in the head with a baseball bat.

When officers arrived, Hughes told them he had hit “Joshua” in the head with the bat and “kept hitting him with it.”

Buck was located in his bedroom with obvious trauma to the back of his head and no signs of life. He was pronounced dead a short time later by Garland County Coroner Stuart Smedley who noted it appeared Buck had been deceased for a couple of hours prior to Hughes calling 911.

Detectives located a bloody bat in Buck’s bedroom and blood spatter in the apartment indicated there were “numerous blows to the head while the victim was on the floor,” the affidavit states.

Suspected blood was also seen on Hughes’ socks and pants at the time of his arrest.