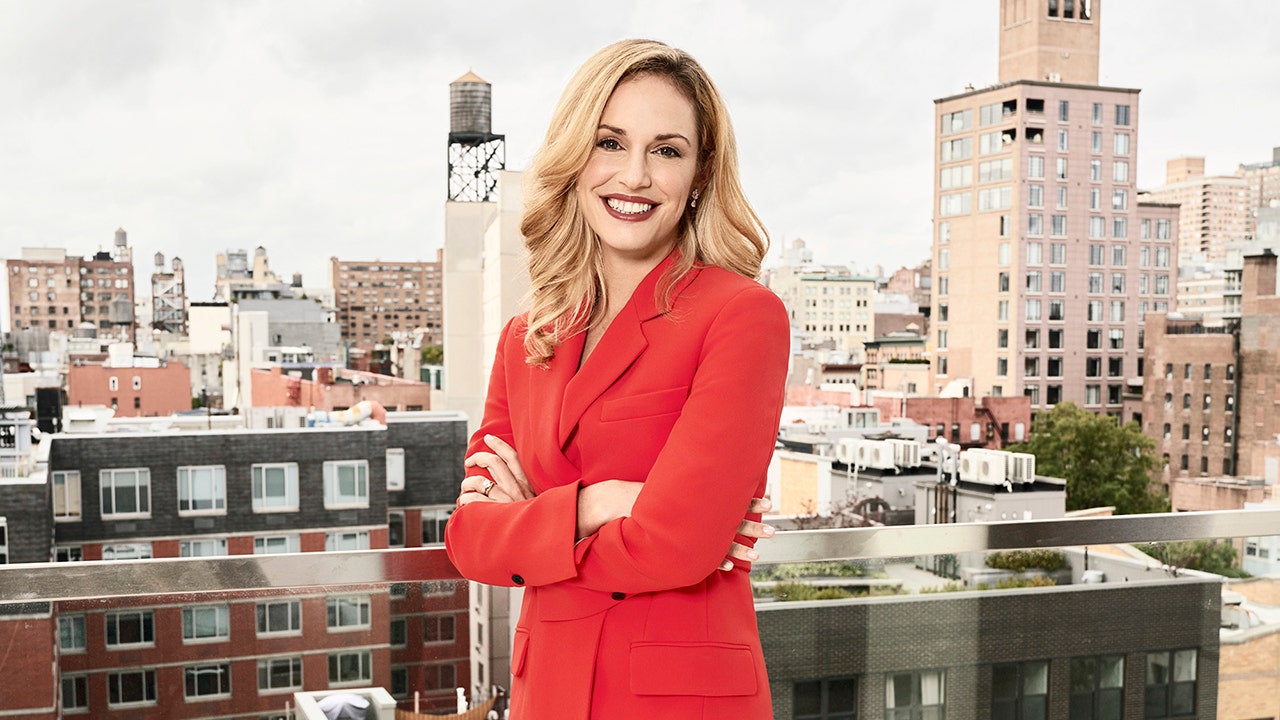 Kirsten Jordan is squarely in the mix of the high-intensity world of luxury real estate in New York City but half a decade ago, the mother of three wasn’t even sure she loved the high-stakes game of selling lavish properties.

The first woman ever cast on “Million Dollar Listing New York” for season 9, Jordan, 37, was born in St. Paul, Minnesota, moved to Rye, New York, in grade school before earning her undergraduate degree from the University of Wisconsin – which included some time studying abroad in Rome, Italy, until she migrated to Milan.

Jordan told FOX Business her foray into real estate some 13 years ago hardened her exterior for a moonshot into reality stardom, but the transition didn’t come without its share of growing pains as the self-described “tomboy” said she had no idea the work she’d have to undertake in order to get herself camera-ready each and every day for filming in a bustling Manhattan.

“I feel like it’s more difficult to do everything these days because in general, I don’t think anything’s gotten easier. If anything, doing everything has gotten more difficult,” Jordan said. “What I’ve realized and what I think being cast on a TV show really taught me is that before I didn’t really value myself in a way where I believed that my time was truly valuable and that I was really good at what I do.”

“For me, it’s a lot about structure. It’s a lot about making sure that I’m being present and being in kind of a peak state when I’m at work or when I’m working with anybody – being really thoughtful and just being super attentive. I’m finding that that’s even creating more abundance and more wealth in my business and in so many things, just by focusing on that one thing.”

Jordan also spoke to FOX Business about where she sees the “hot” real estate market going, the most important tip when selling properties and how she once saw someone pay $1 million for a New York City parking space.

FOX Business: Was there anything in the beginning of filming where you had to “learn the ropes” so to speak?

Kirsten Jordan: I’m a little bit of a tomboy, so I hadn’t really ever learned to truly do my own makeup or really put together super figure-flattering outfits that were going to be great on camera and things like that. So I would say for me that was probably the biggest shock. I couldn’t just go get a couple of new outfits and just a few pieces of new clothes and put them together myself and have them look good on television. I really had to be kind of styled and taught how to wear figure-flattering clothing and find my colors and make sure my hair and my roots weren’t too bad and learn how to put on my own makeup so that I didn’t have to pay some sort of makeup artist to come every morning I was filming.

In the end, I think for anybody who’s just looking at these reality television stars and thinking that they just get up out of bed in the morning and show up and life is super easy for them, I would say it’s really not that way. There’s just so much more. It’s just crazy to me how much there really is as far as how much actual real work it is, even if it’s appearance-based, being in a good mood and being present, being funny, coming up with the snarky response, being on top of things. I just didn’t realize it would actually be as hard and as challenging as it is.

FOX Business: When did you realize that real estate was an avenue you could really explore full-time and be good at?

Kirsten Jordan: I’ve been a real estate agent for like 13 years, so I’ve been doing it long, like a long time. So I was always planning on doing it full-time. You know, I had a couple of moments after each child where I was like, ‘Wow, I can’t believe I’m still doing this, and I also have a newborn.’ But for me, it was never a question of whether it was going to a full-time job or not because being a real estate agent, to be successful, it really has to be a full-time job.

So there’s really no way in this city to be a top agent and not really dedicate the time and effort it takes to be successful. I mean, it’s not even like a 45-hour workweek, it’s like an 80-hour workweek kind of thing. So for me, it was actually like, wow. Not only do I now have to keep doing this job and working as hard as I’m working, but now I also have to go do the filming for the show and all this and the rest of the back end. And teach my kids and deal with my clients and do with my business – there’s just so much.

FOX Business: How much have you seen someone willing to pay for a parking space in New York City?

FOX Business: How difficult is it to completely sell out a development?

Kirsten Jordan: Really hard, especially in a pandemic but now I think everybody is just saying, ‘It doesn’t matter what my house looks like, I can just put on the market because the market’s so hot and there’s no inventory.’

Kirsten Jordan detailed how difficult it is to completely sell out a development. (Kareem Black/Bravo / Getty Images)

So right now it’s easier than it’s been for a while to sell because at some point, you can overprice your home, but you can only overprice it so much because no one wants to buy it. So I see this as a time when the market’s going to cool down a little bit as we get adjusted to the interest rates changing.

But the most important thing when selling real estate, in general, is being priced right, having the right kind of marketing and having an agent that’s going to help you get the best transaction and the best deal for you, which doesn’t necessarily mean price – it can be a bunch of other assets and things.