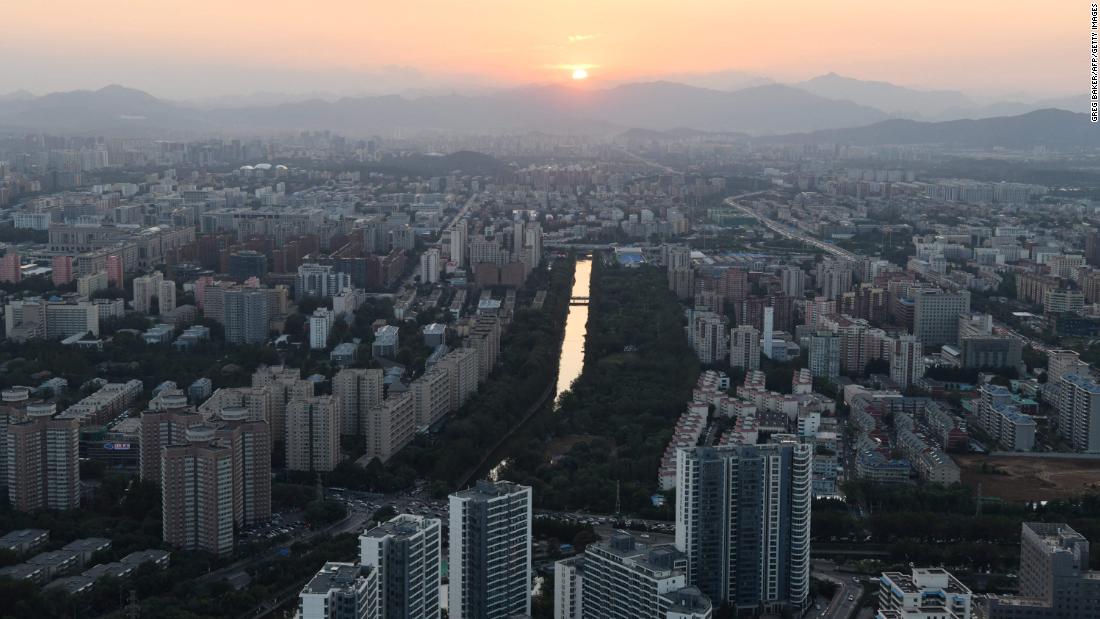 Modern Land is asking investors for more time to pay back a $250 million bond, according to a company filing with the Hong Kong Stock Exchange on Monday. The payment was due October 25. Modern Land said it wants to extend that deadline to the end of January as it seeks to improve “liquidity and cash flow management and to avoid any potential payment default.”
The company said in a separate filing that Chairman Zhang Lei and President Zhang Peng intend to provide about 800 million yuan ($124 million) in loans to support the company. Shares in Modern Land fell more than 2% in Hong Kong on Monday. The stock is down 45% this year.

News of the company’s financial difficulties came on the same day China’s second biggest developer Evergrande faced another debt repayment deadline, this time for about $148 million in interest payments on US dollar-denominated bonds, according to Refinitiv data. Evergrande did not immediately respond to a request from CNN Business for comment.

The embattled real estate conglomerate has been hunting for buyers for some of its businesses as a major cash crunch threatens to sink the company. China’s most indebted developer has already missed interest payments on bonds. That has fueled speculation over whether the company could see a Beijing-backed bailout, restructuring or default.

Last week, its shares were suspended amid reports that a rival Chinese developer was preparing to buy its property management business.

Modern Land, based in Beijing, calls itself the country’s “leading operator of green technology industrial homes,” and says it has completed nearly 200 projects in more than 50 cities in China and abroad.

China’s property sector has grown rapidly in recent years, helping to power economic growth. The sector accounted for 29% of outstanding loans issued by Chinese banks in yuan in the second quarter of 2021. Including related industries, it now accounts for around 30% of GDP.

Last year, the Chinese government started reining in the real estate sector to curb excessive borrowing to prevent the market from overheating. Beijing has since made it clear that it wants to tame runaway home prices, which it has blamed for worsening income inequality and threatening economic and social stability.

Fantasia Holdings, a Shenzhen-based firm, also missed $315 million in payments to lenders last week. The luxury apartment developer said in a stock exchange filing at the time that it was assessing “the potential impact on the financial condition and cash position of the group.”

— Laura He and Michelle Toh contributed to this report.