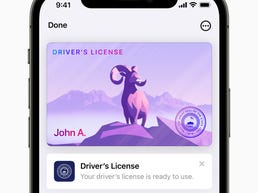 A lawsuit filed in federal court Friday by the conservative Pacific Legal Foundation on behalf of Total Real Estate Group alleges the state’s ban on these communications violates the First Amendment rights of real estate brokers and their clients.

“This censorship is based on mere speculation that sellers might sometimes rely on information in these letters to discriminate based on a protected class,” according to the lawsuit.

Oregon is the first state to ban the practice. Under the law, which is scheduled to take effect in January, real estate agents will not be allowed to pass along personal pitches from buyers that can include details about people’s lives along with photographs and videos. Buyers will still be allowed to communicate directly with home sellers.

►Can ‘love letters’ perpetuate racism? This state passed a law banning the personal pitches from homebuyers

In hot markets where multiple bidders jockey for the same house, buyers will do just about anything to get their offer noticed – and that includes writing “love letters” in hopes of making a personal connection with a seller.

Democratic Rep. Mark Meek, the state lawmaker who sponsored the legislation, told USA TODAY in August that Oregon is not impeding free speech.

“We are limiting transmission of communications that are not relevant and could potentially be breaking fair housing laws,” he said.

No other state has followed Oregon’s lead.

Daniel Ortner, an attorney with the Pacific Legal Foundation, said the law is “a blatant First Amendment violation.”

“Love letters” can help first-time buyers compete with cash-rich buyers or institutional investors and can help sellers searching for buyers who will care for their homes and be good neighbors, Ortner said. The letters signal genuine interest in a property, he said.

Ortner said the law’s proponents have not produced any examples of fair housing complaints or lawsuits as a result of love letters.

“This is a solution in search of a problem. There is no evidence that it is a real problem that’s really resulting in discrimination,” he said. “And you can’t just go and ban whole types of communication in the fear that some small portion of it might somehow be used by someone.”

The backlash against love letters is part of an industrywide reckoning with its complicity in decades of housing discrimination and segregation that kept Black Americans from homeownership.

Efforts to reform racist practices and increase Black homeownership intensified after the murder of George Floyd in Minneapolis.

Last year, the National Association of Realtors warned members love letters were not as harmless as they seemed.

But as stratospheric prices and record low housing inventory fuel bidding wars, love letters are more popular than ever.

Realtors said they don’t want to put their buyers at a disadvantage in competitive situations by refusing to pass them along. Besides, they said, sellers are swayed first and foremost by the offering price and terms.

But the right words can be persuasive. In 2019, the Redfin real estate brokerage studied the most effective strategies to win a bidding war. All-cash offers more than tripled a buyer’s odds. Writing a love letter came in second, increasing a buyer’s chances by 59%.