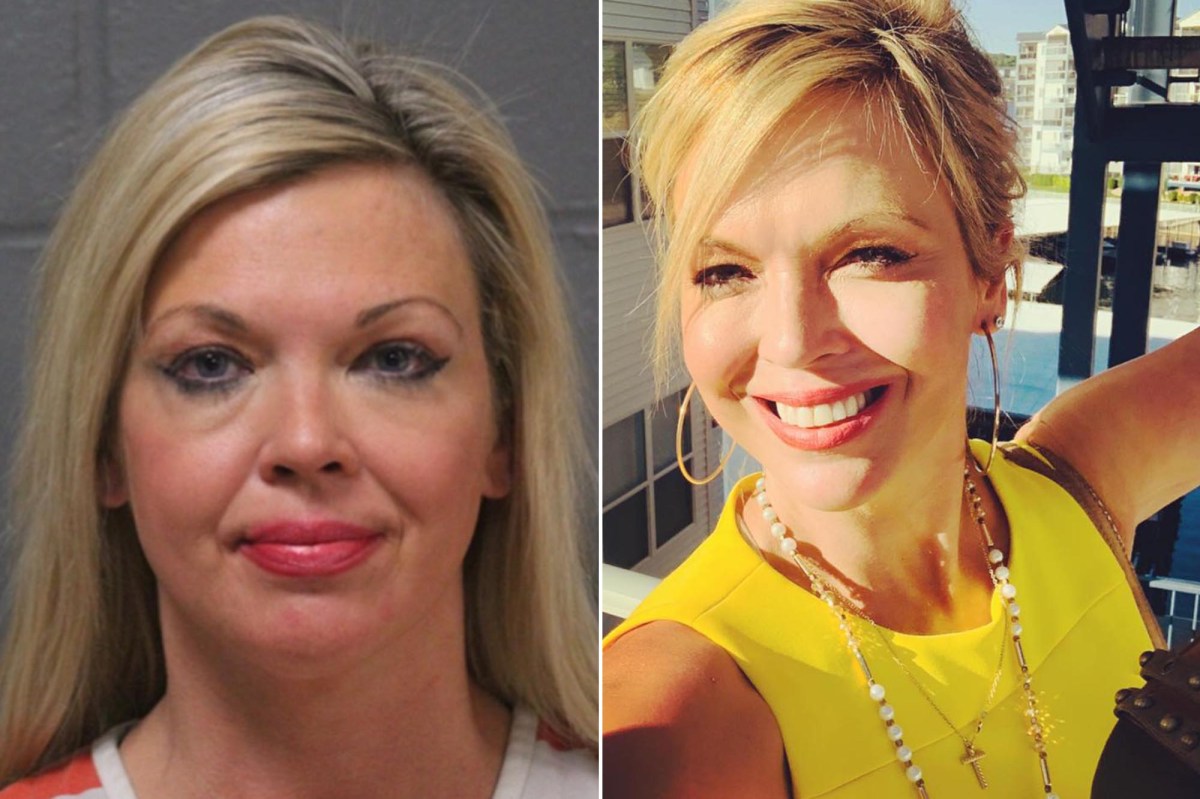 A realtor and self-described “pistol-packing cheer mom” from Missouri allegedly tried to hire a hitman to kill her ex-husband’s mother and make it “look like an accident,” according to reports.

Leigh Ann Bauman, 44, was recently charged with conspiracy to commit murder in connection with the alleged plot to kill her former mother-in-law because she was convinced she was causing a strain with her relationship with her daughters, the Daily Beast reported.

The world record-winning power boater from the Lake of the Ozarks was allegedly preparing to pay $1,500 for the hit in March by asking a pal for leads on a possible hitman.

She told the friend “she knew it was wrong as a Christian, but she would go to church and ask for forgiveness after it was done,” according to a probable cause statement cited by the news outlet.

According to court documents, Bauman believed her ex and former mother-in-law were going to take her to court for full custody of the children.

Bauman allegedly sent one of her daughters a chilling text message days before her arrest stating that her “grandmother would die.”

When the children told their father about the text, documents cited by KRCG said the father confronted Bauman, who replied that “she just meant [the grandmother] was old and was going to die.”

But her alleged plans unraveled when her 40-year-old friend contacted her lawyer, who then alerted police, the Daily Beast reported.

When troopers came to her residence, Bauman “gasped and blamed everything on the witness,” according to KRCG.

The suspect also told the troopers she had an appointment to get Botox injections and refused to cancel it, according to documents. She ended the interview to go to her treatment and told the troopers they “needed to talk to the witness since she was the one who caused this to occur,” KCRG reported.

When asked later in the day if she had agreed to withdraw $1,500 from the bank for a hitman, Bauman said she did not — but added that she had a couple of glasses of wine that night, “so she does not necessarily remember.”

During Bauman’s bail hearing on March 16, her 74-year-old alleged target told the court: “Right now, I’m scared to death that if she would be out, she not only would want to hurt me, she wouldn’t hesitate to hurt her daughters to get even with me.

“And she wouldn’t hesitate to hurt my children because she knows it would destroy me,” the grandmother added, according to the report.

The judge initially ruled that Bauman was a safety risk and denied her release, but the Trump-loving businesswoman was later sprung on a $400,000 bond.

A Miller County judge has granted her former husband an order of protection after he accused Bauman of making “numerous threats to destroy me, personally and professionally,” drunken driving, pulling a gun on a pizza deliveryman, kidnapping the children when they were young, and years of physical and emotional abuse.

“Leigh Ann has always acted like she was above the law,” he said in the petition for a protective order for himself and the children, the Daily Beast reported.

“My daughters, my family and I have endured so much emotional and psychological damage from Leigh Ann Bauman’s actions over the past 15 years. Now, her most recent actions of attempting to hire a hitman to kill my mother, have proven that she will stop at nothing if she feels/thinks/imagines someone is not doing what she wants,” he added.

Included in the petition was the ominous message Bauman allegedly wrote to her daughter.

“Just because your grandma WILL die soon, please do not throw your REAL mother under the bus,” the petition stated.

Bauman declined to comment to the Daily Beast, which reported that she has strongly denied the allegations in her ex’s restraining order petition.

Her jury trial is set to begin March 14, 2022, according to court records.