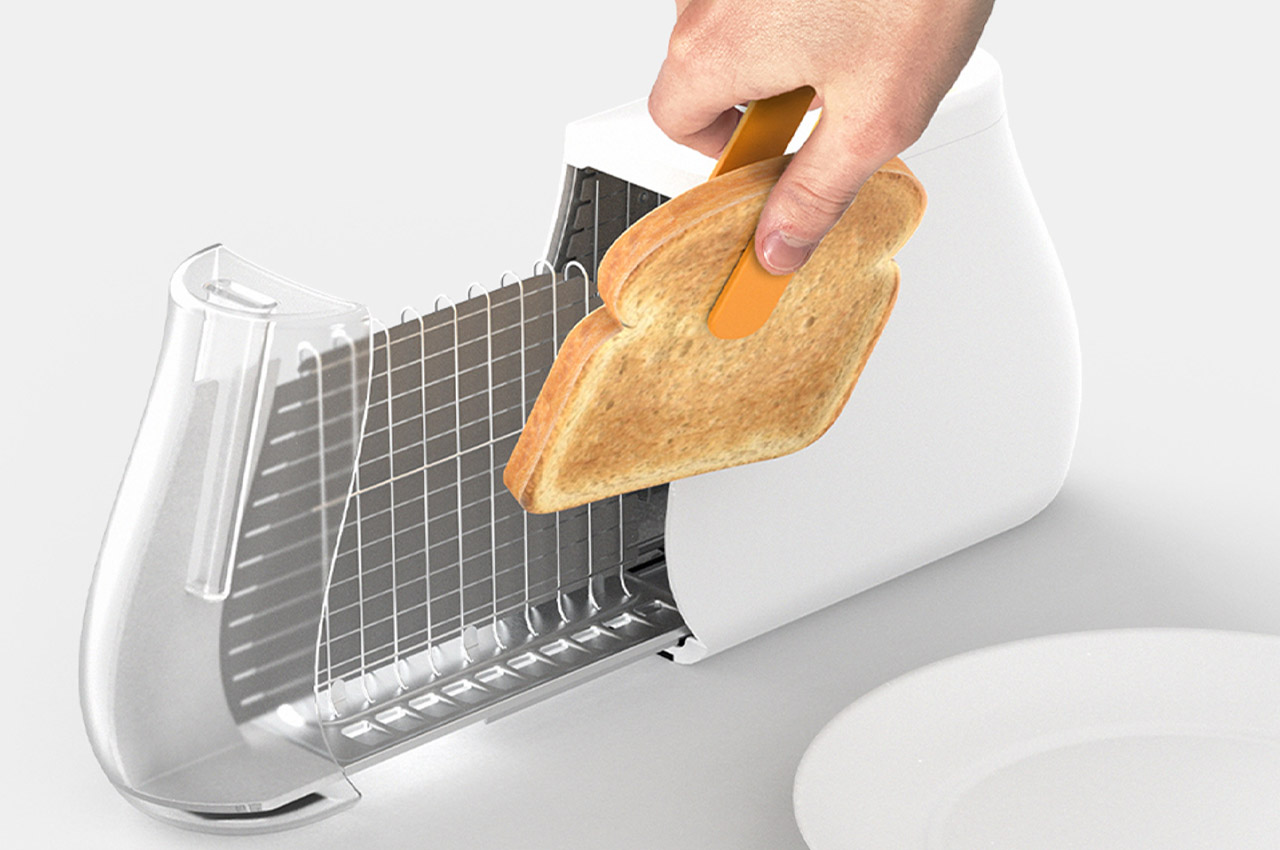 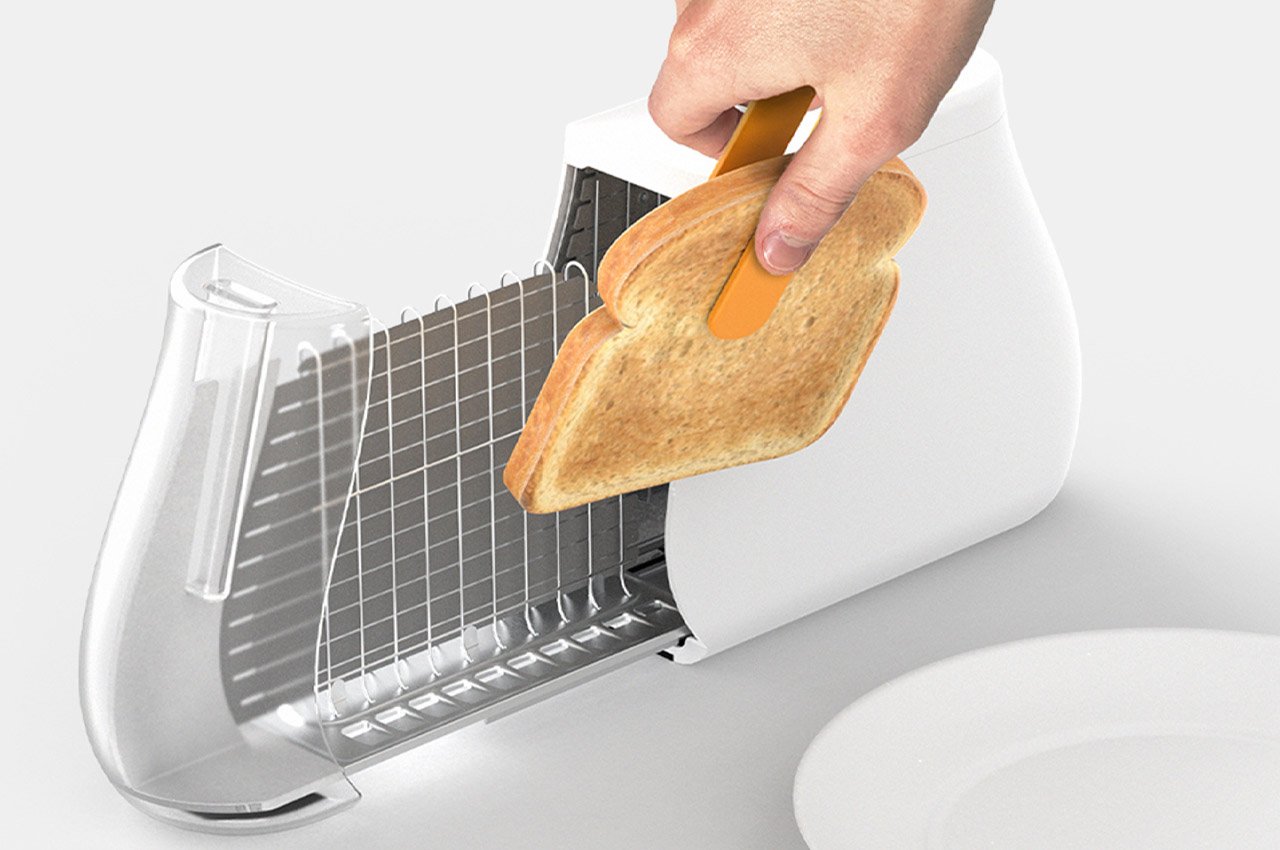 This slide-out toaster reinvents the pop-up design we all are so deeply used to. The question to be asked though, would you prefer such an abrupt change in how crisp toasts are prepared for breakfast?

The basic toaster design hasn’t been overhauled much all these years, ever since the world got accustomed to the crunch in their breakfast rituals. Initially invented in the 1890s the toaster evolved into a pop-up version in the late 1920s, and it definitely was a blockbuster appliance back in those days. Even after more than a century, the toaster functionality hasn’t been experimented with much, and for good reason. The appliance does the task without much fuzz. Although there have been modern inclusions like auto shut off, countdown timer, defrost and reheat – along with the subtle design refinements to make it blend seamlessly with modern kitchen design, a radical change was long due.

Harry Rigler wants to reinvent the trusted image of the toaster with a detour to the soft form design of this household kitchen appliance. That too keeping in mind the requirements of modern users, and the present as well as future design progression of kitchen interiors. Rather than being a pop-up toaster like most out there, this is the Slide toaster which rolls the toasting grill to the side like a rollable smartphone. The tray slides out – you put in the bread and slide it back in. 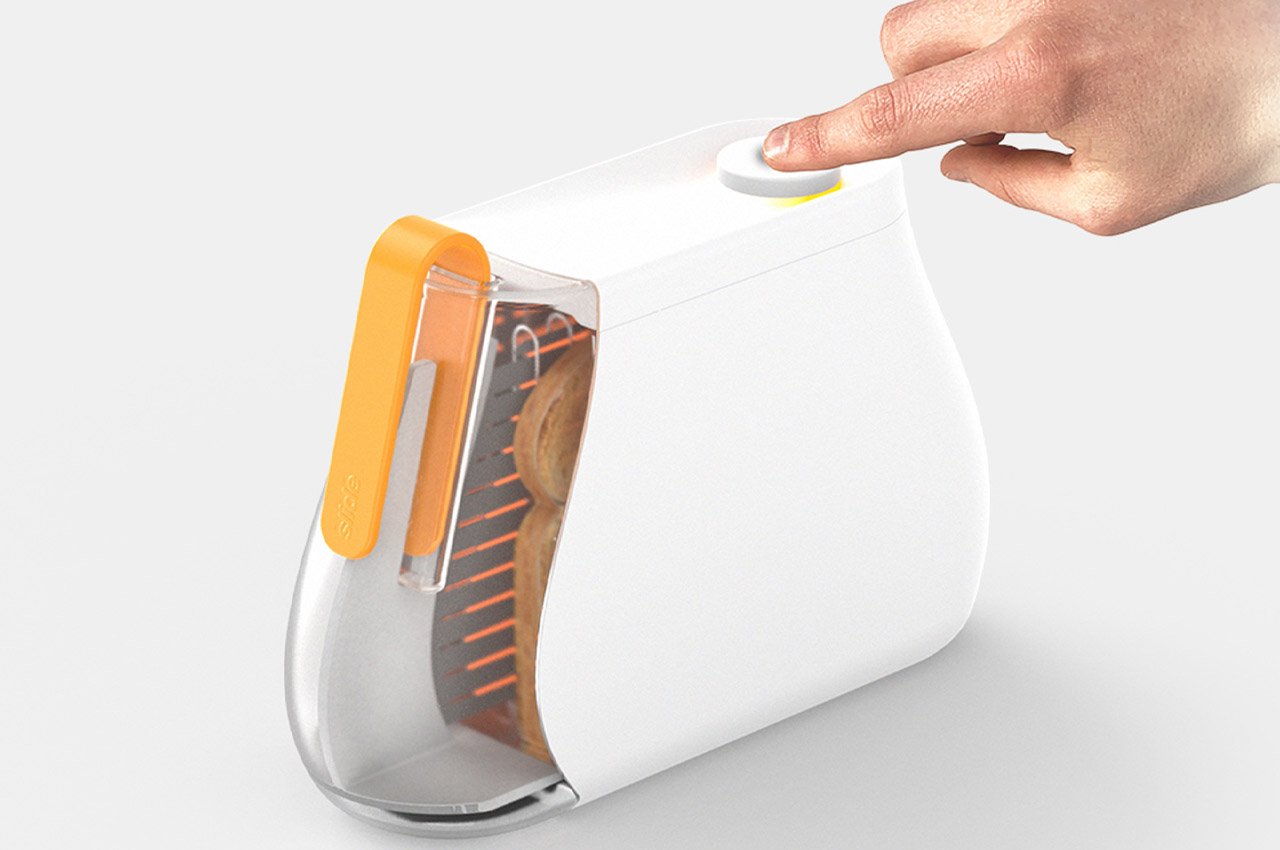 The toasting process begins in the Slide toaster with an LED ring indicating the toasting level and completion. The slide-up tray has a translucent design element to it so that you can keep an eye on the toast turning perfectly brown to your delight Level of the toast crispness can be set with an adjustment dial like all other toasters we’ve seen countless times. This is ably aided by audio indications to keep the user well informed. 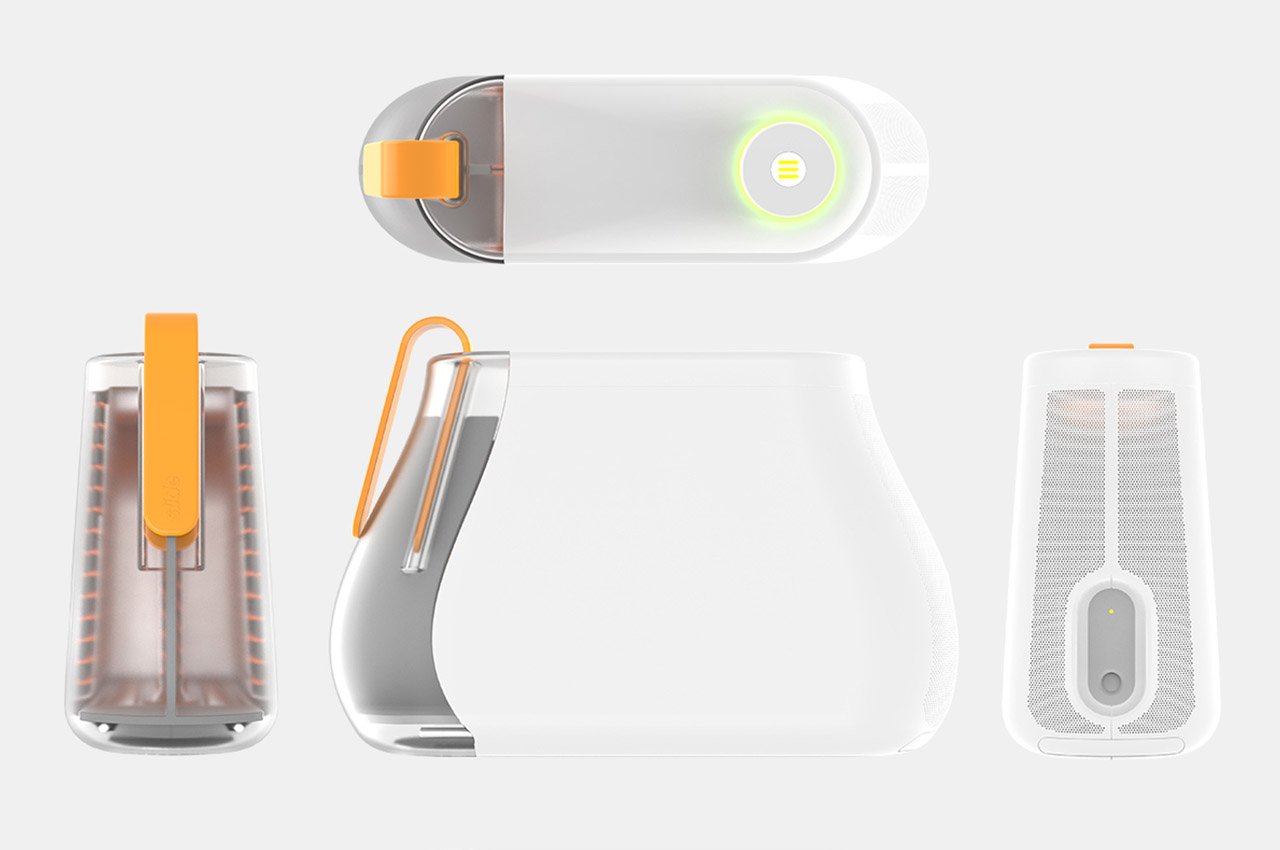 According to Harry his motivation to design this toaster evolves from the desire to “change the way people think about appliances.” He wants to make appliances more presentable on the kitchen countertop matching most of the color schemes indoors. The concept toaster deserves to make it to the highly competitive consumer market to refresh how bread is toasted on the countertops each morning! 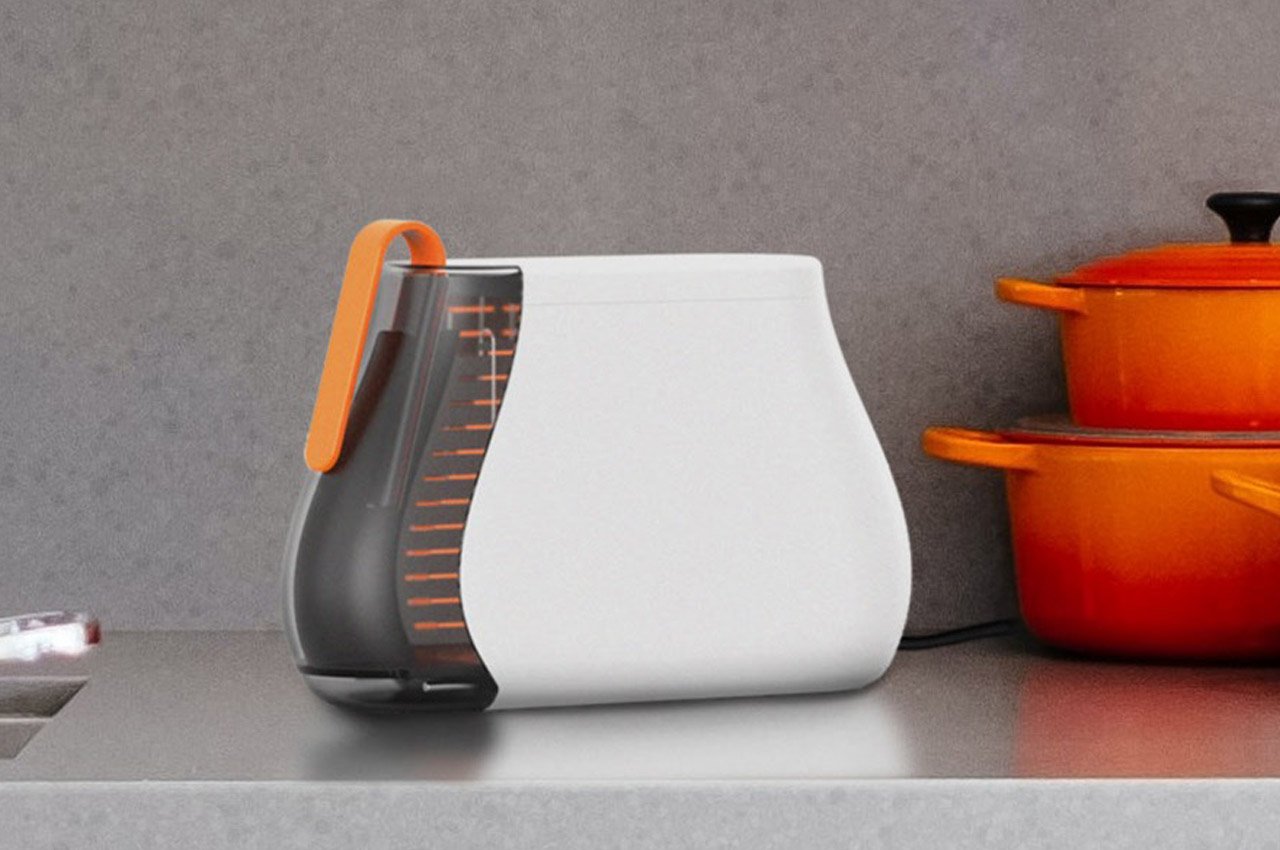 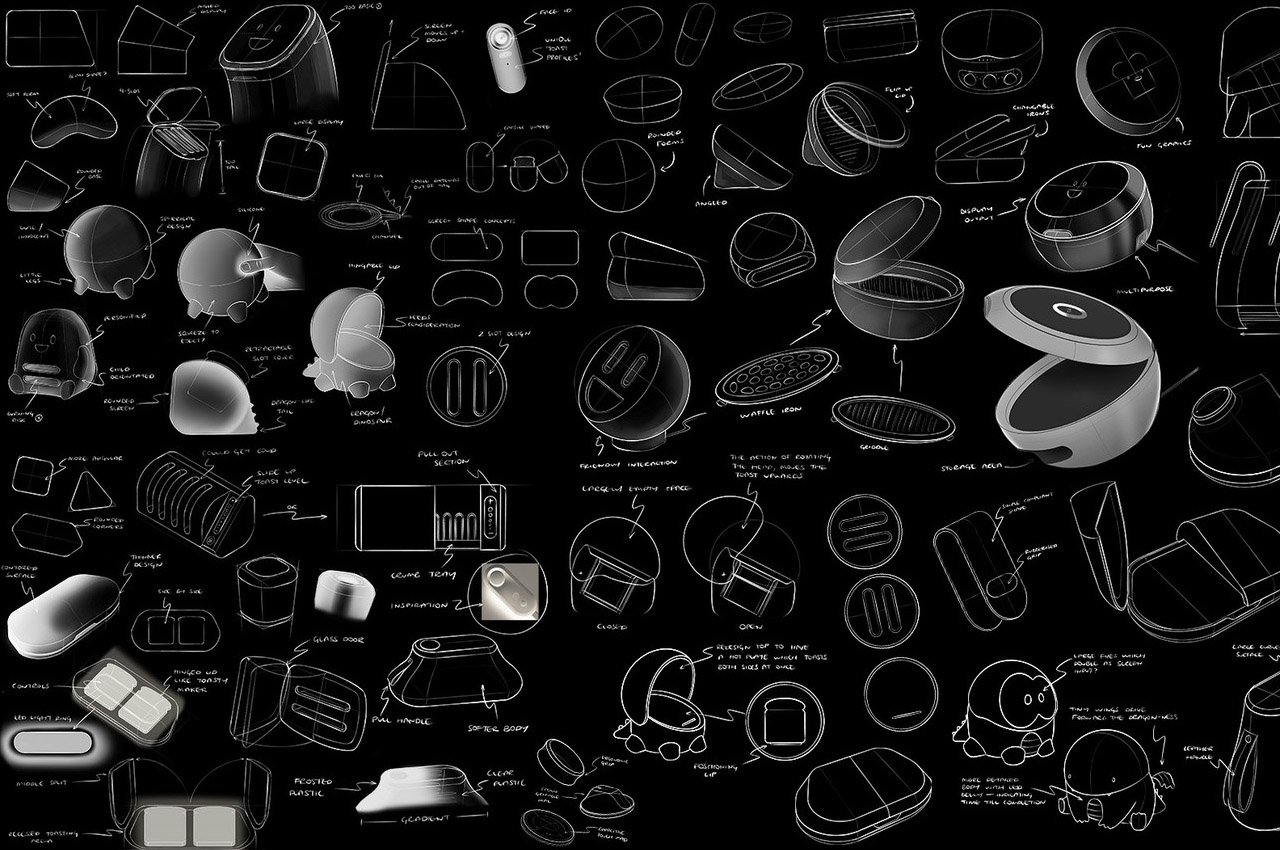 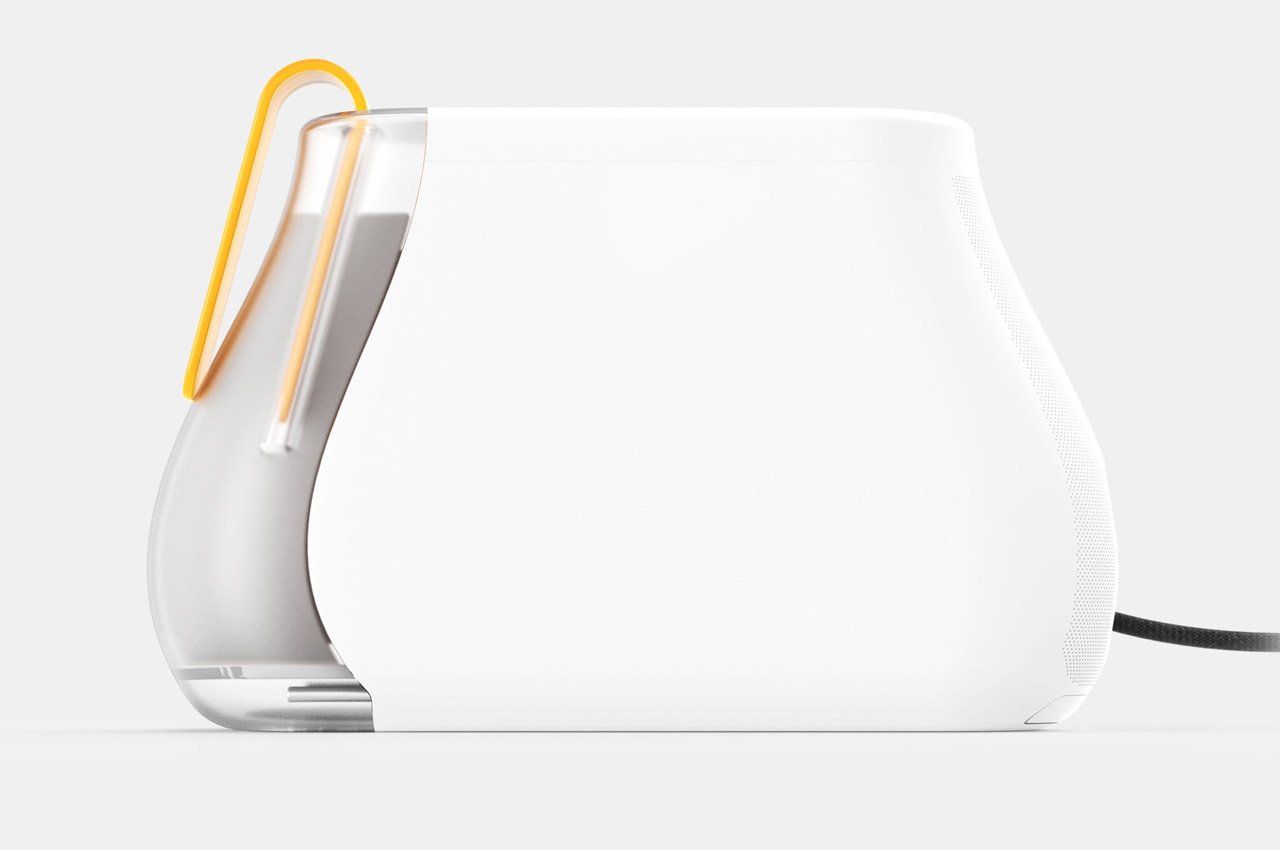 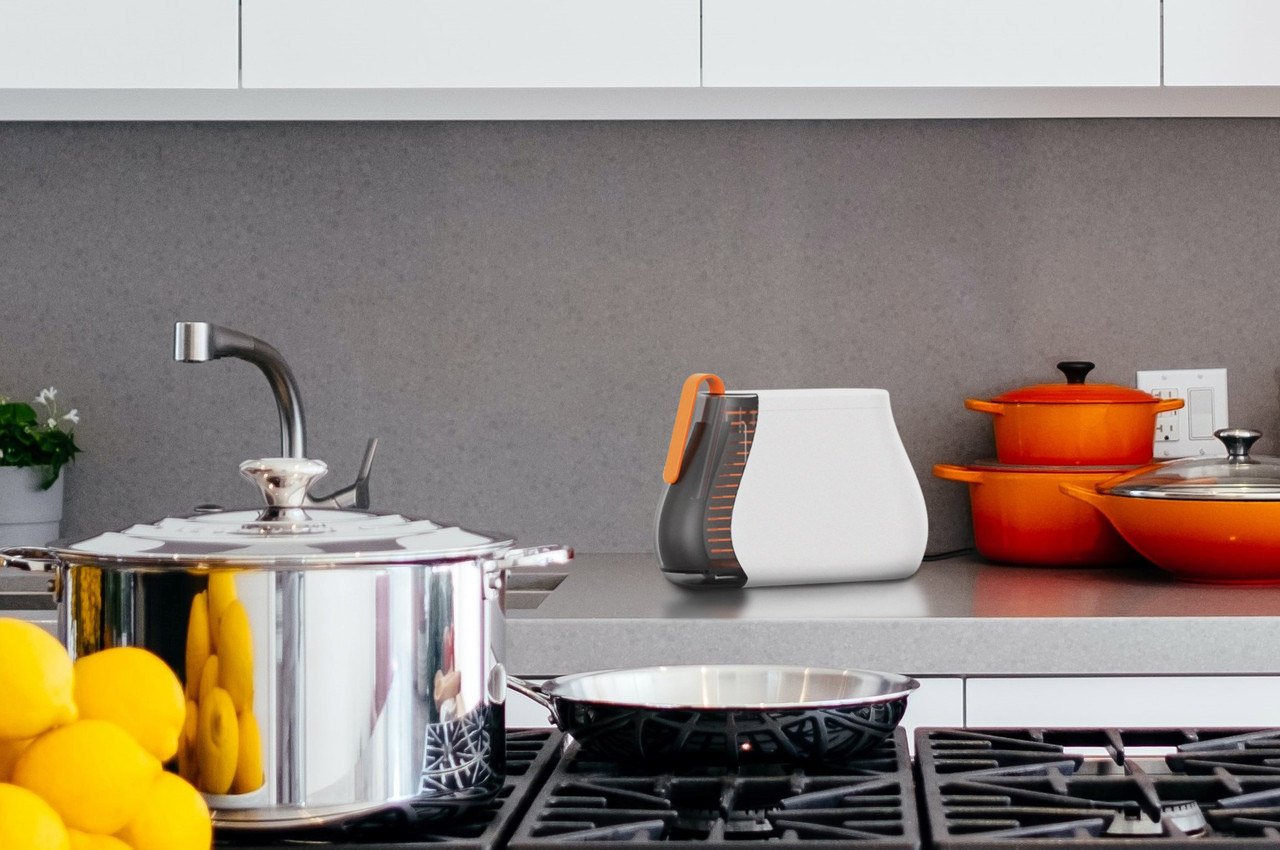 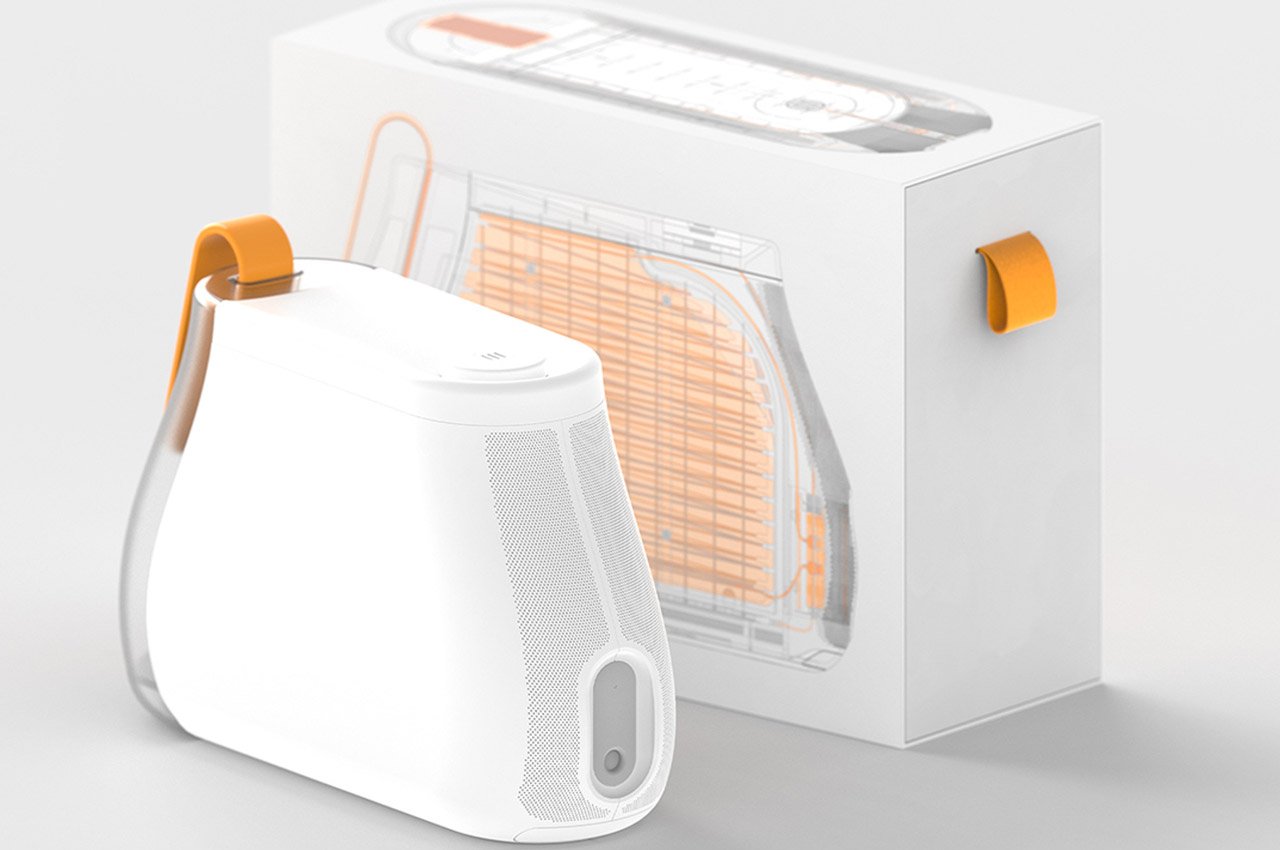 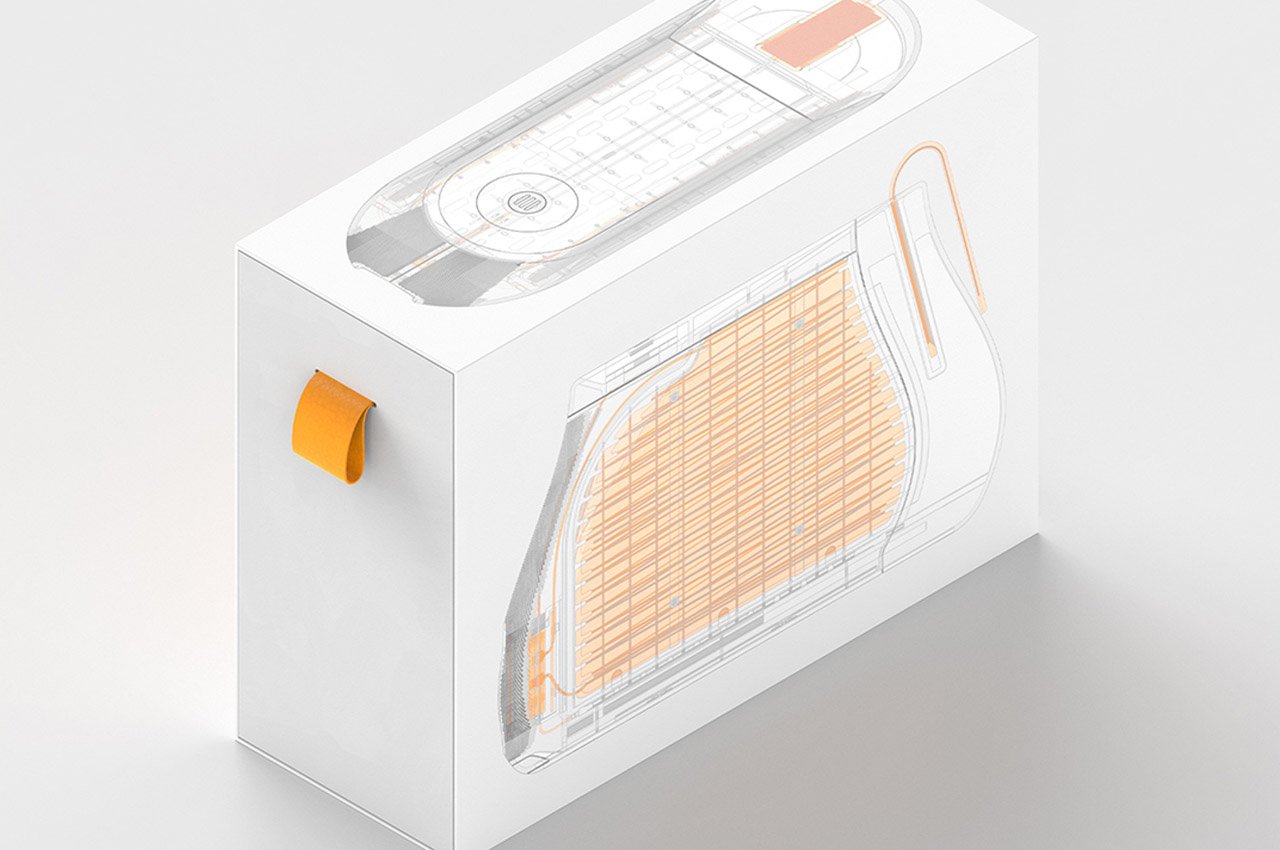 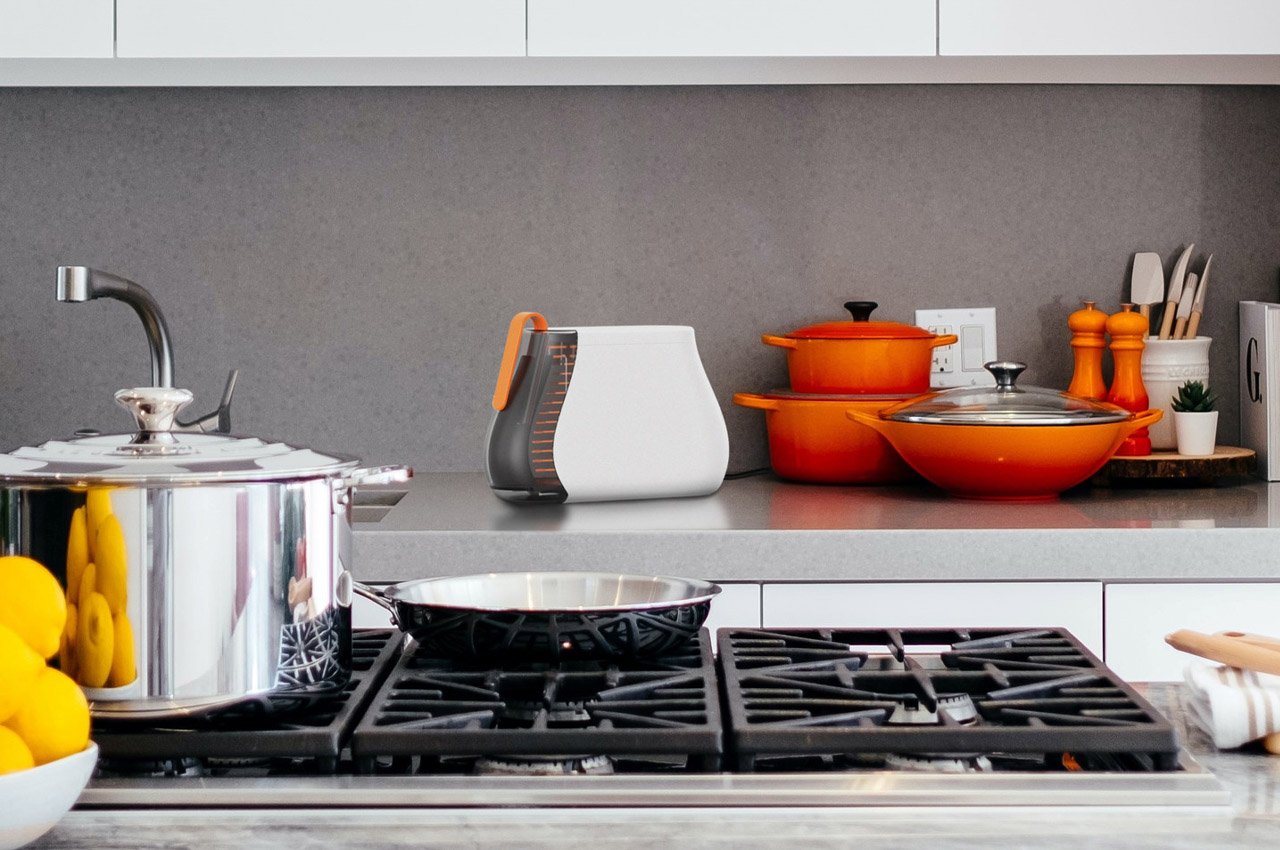 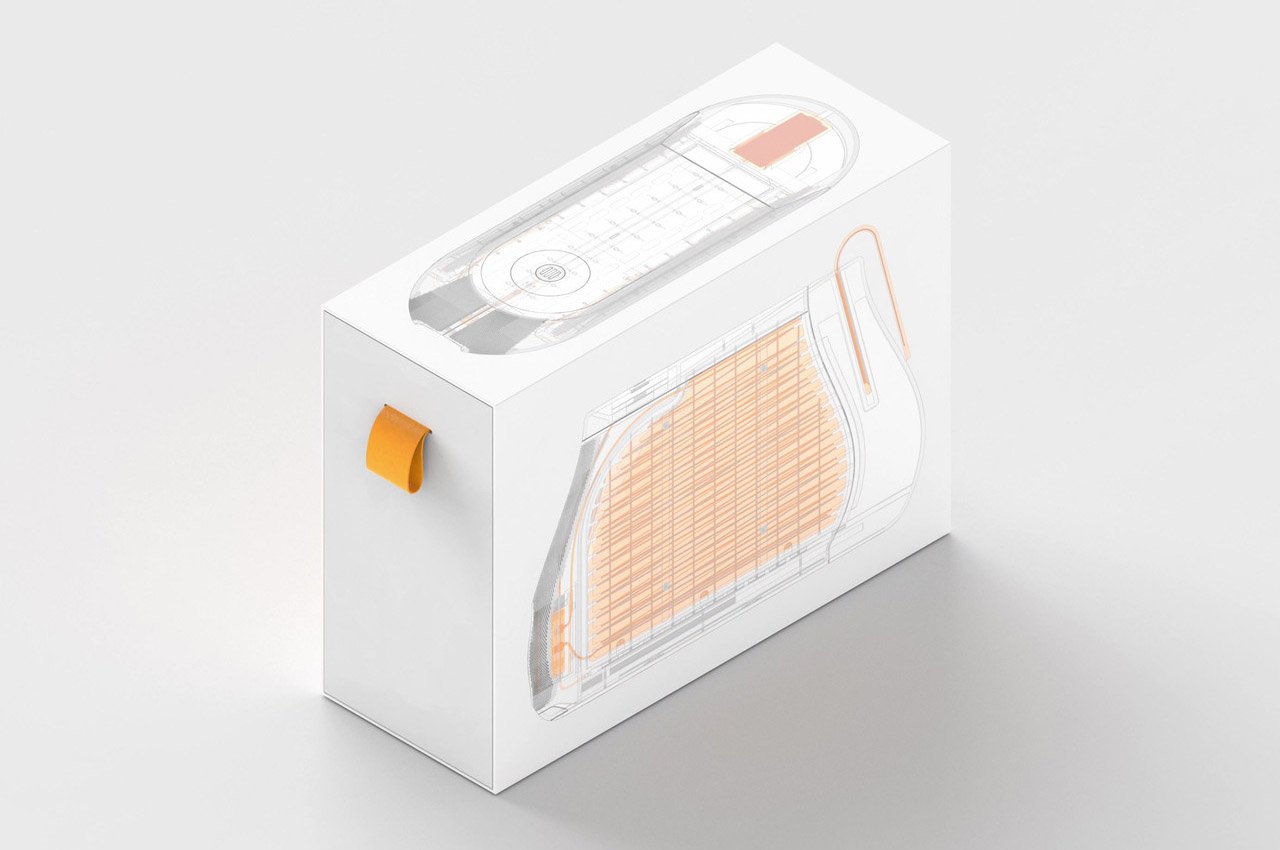 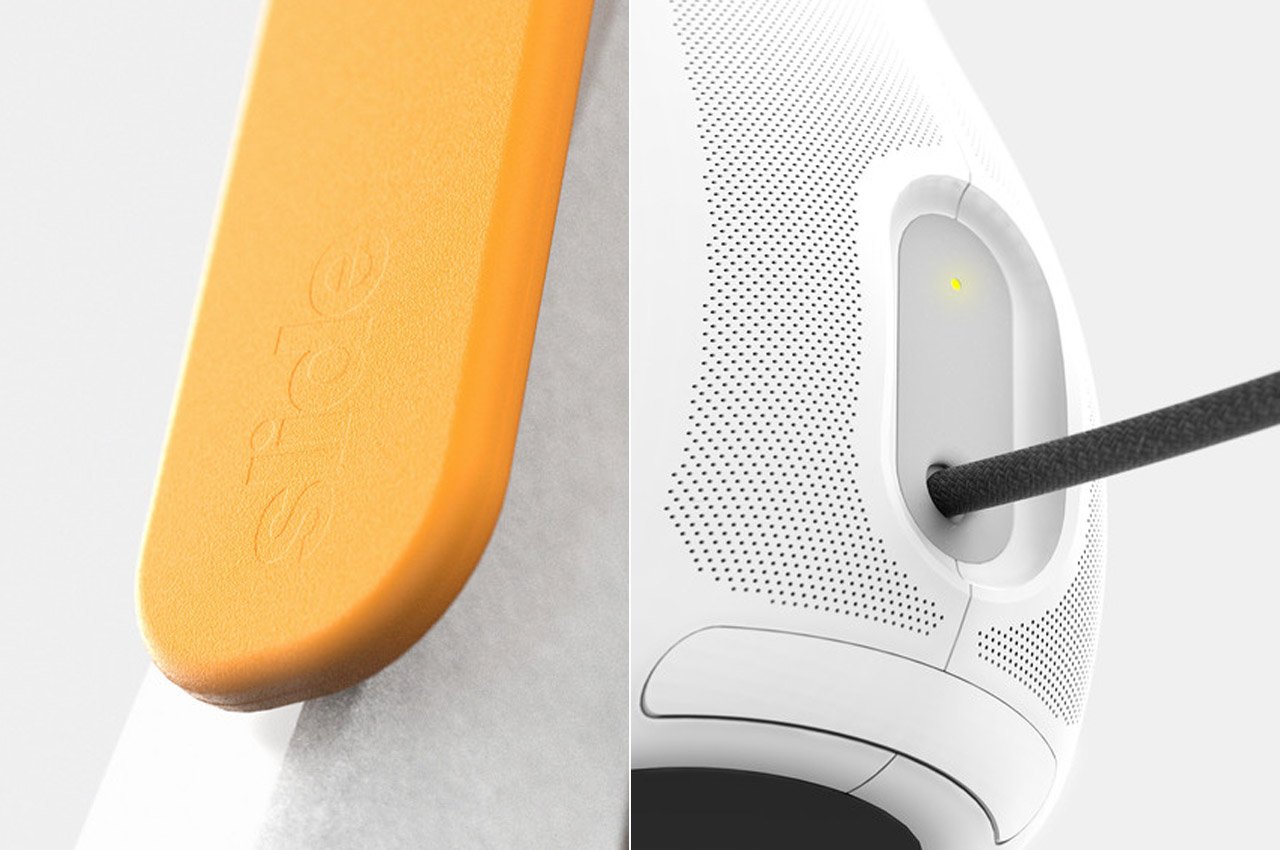