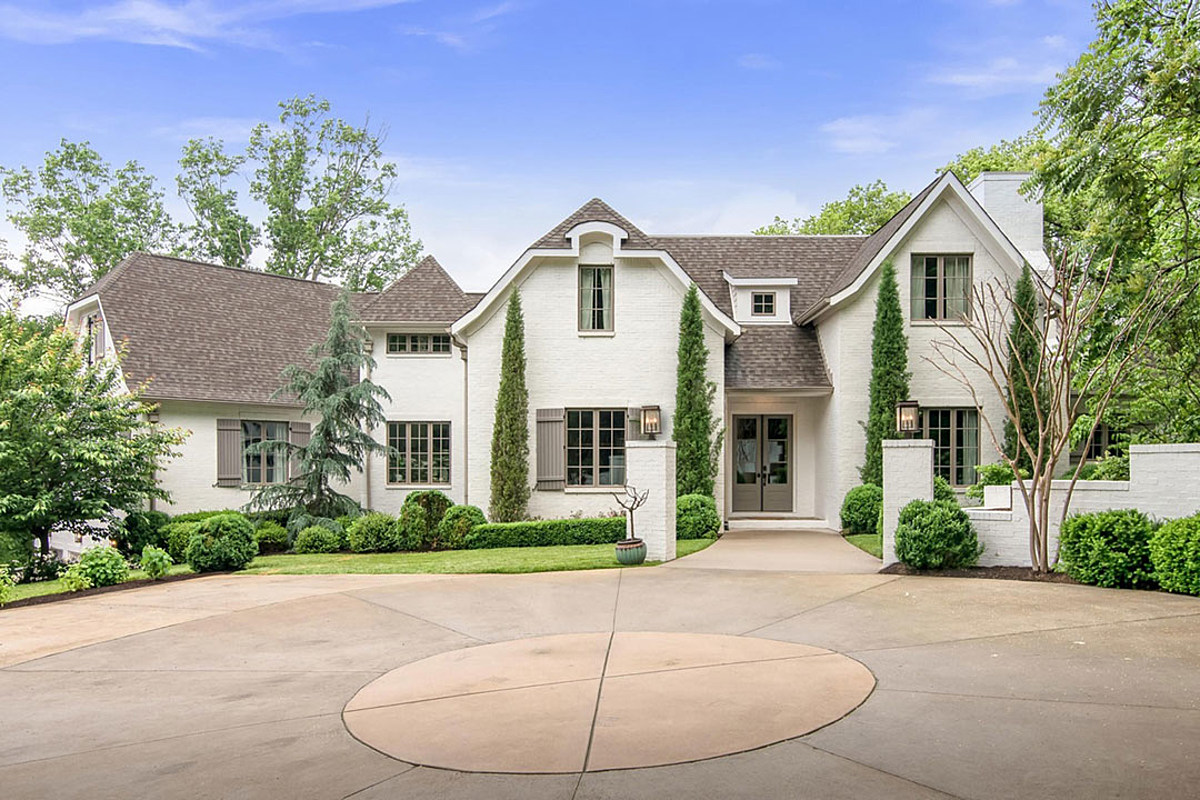 Miranda Lambert sure lives in style. The country superstar has pretty diverse taste in spectacular homes, but they have one thing in common: they are absolutely beautiful.

Lambert and her first husband, Blake Shelton, owned a home together in Nashville, though pictures of that property have yet to emerge. They also lived together in Oklahoma, but after their divorce in 2015, Lambert returned to the Nashville area full-time and purchased a spectacular rural estate for $3.4 million. The 400-acre property includes lush woods, fenced-in pastures, three separate residences, a lake with a boathouse and a six-bay garage.

Lambert also bought a mansion in an exclusive section of Nashville after returning to Music City, paying $1.75 million for a 5-bedroom, 5.5-bathroom, 5,800-square-foot home in Forest Hills. That’s the house that she and her husband, Brendan McLoughlin, lived in during the pandemic, where fans got several glimpses into their life together via TV appearances and posts to social media that included their high-end kitchen, as well as the “magic porch” where she did much of her songwriting.

Lambert sold that house for $2,595,000 in 2020, and she and McLoughlin began the process of building themselves a new home together.

“I moved, and I’m creating a new magic porch,” Lambert told Taste of Country. “We’re building a house, so we’re living in a little cabin out back of the house. Everyone is like, ‘Where you gonna put your Grammy?’ I’m like, ‘I don’t know yet,'” she added with a laugh. “‘I’ll let you all know when you get there.'”

Scroll through the photos below to see inside Lambert’s spectacular Nashville mansion, and keep scrolling to see inside her rural retreat in Tennessee.

Miranda Lambert and her husband, Brendan McLoughlin, recently sold their luxurious Nashville mansion, and fans will recognize several of the spaces pictured online from various social media posts. The 5-bedroom, 5.5-bathroom, 5,800-square-foot house is gated and very private, and it sold for $2,595,000.

Miranda Lambert paid $3.4 million in 2016 for her rural estate an hour south of Nashville, which comprises 400 acres of lush green farmland. The property includes rolling hills, rustic living spaces and an enormous horse barn, as well as three residences, a lake with a boathouse and a six-bay garage. There are 75 acres of fenced-in pastureland, as well as lighted walking trails that wind through the woods leading to a pavilion, with seating for 60 for private concerts.