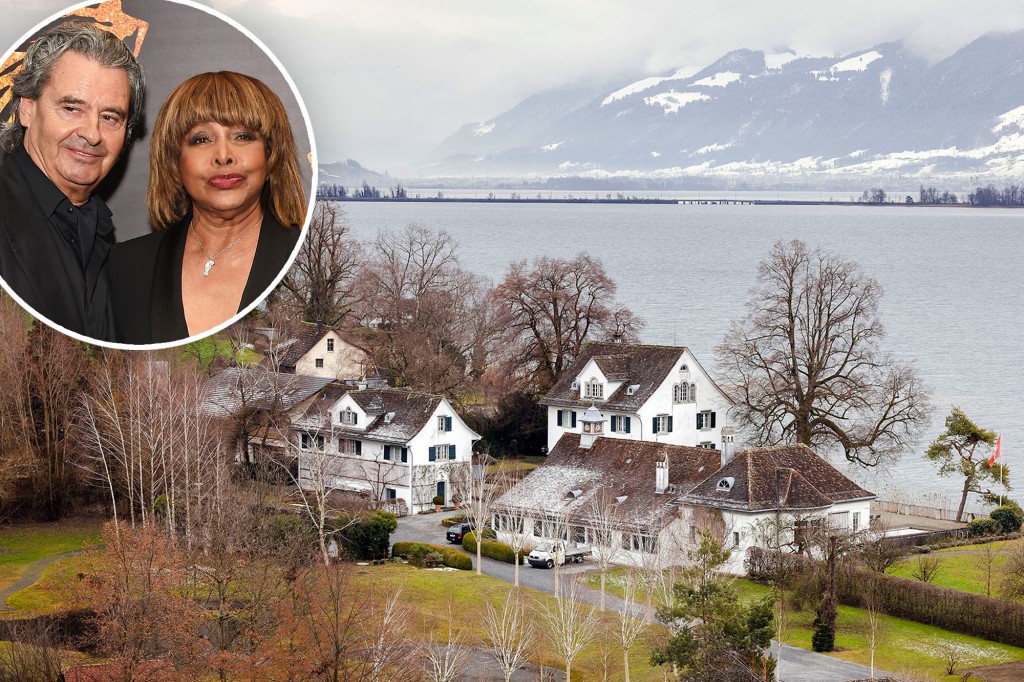 After living abroad for years, she finally married him in 2013 and even renounced her US citizenship.

This past September, in their latest move to expand their portfolio in Switzerland where they now live full time, the couple shelled out a whopping $76 million for a 10-building waterfront estate overlooking Lake Zürich.

Swiss news reports reveal that tennis star Roger Federer considered buying the property at one point before settling on a different home in the same community of Staefa Village — outside Zürich.

In an interview with local publication Daily Handelszeitung, the 82-year-old singer’s husband, a native of Germany, said the move was made after they both obtained Swiss nationality.

“[We] feel very comfortable in Switzerland,” Bach said. “Due to the pandemic and its consequences we — like many other Swiss — unfortunately, are refraining from travel.”

They will utilize the compound, which spans more than 240,000 square feet, as a “new weekend retreat in the immediate vicinity,” Bach added.

Features of the estate include a private pond, stream, swimming pool and boat deck.

For years, the two rented a home, known as Chateau Algonquin, in the town of Kuesnacht, outside of Zürich, until they obtained their citizenship in the country.

Swiss law notes that nonresidents are unable to buy land in the country, with strict restrictions on foreigners wanting to buy property.

In a resurfaced clip from an interview Turner did with the late Larry King in 1997, she revealed one of the main reasons she left the United States was due to her stardom.

Although she has lived all over Europe, she settled in Switzerland, telling King in the same interview her longtime partner was a major factor in the decision.

“My boyfriend moved there to run the company, and I always wanted to go to Switzerland and I was very happy,” Turner — who was born Anna Mae Bullock in Brownsville, Tennessee — explained.

Their newly purchased estate also came a month before Turner agreed to sell her extensive music catalog to German music company BMG for $50 million, she revealed in a statement at the time.

“The protection of my life’s work, my musical inheritance, is something personal,” Turner said. “I am confident that with BMG and Warner Music my work is in professional and reliable hands.”

Turner retired more than 13 years ago, telling the New York Times in a 2019 interview that she no longer performs.

“I don’t sing. I don’t dance. I don’t dress up,” the octogenarian said.

With her signature flashy sequins, capacious hair and strong vocals, Turner became an unlikely rock icon at age 44 following the release of her fifth studio album, “Private Dancer” — her 1984 solo breakthrough. Featuring hits such as “What’s Love Got To Do With It,” “Better Be Good to Me” and the title track, the album was a stark contrast from her work in the ’60s and ’70s as one half of Ike & Tina Turner, her R&B duo with her ex-husband and music partner.

Throughout her solo career, Turner earned many awards and accolades, including eight Grammys and was inducted into the Rock & Roll Hall of Fame in October — her second induction after being initially inducted as part of Ike & Tina Turner.

In 2018, Turner lost her oldest son with ex Raymond Hill to suicide. Craig Turner died from a self-inflicted gunshot wound. He was 59.

Speaking to BBC News, Turner talked about her son’s tragedy, revealing that he seemed fulfilled in both his professional and personal life after finding a new girlfriend.

“I still don’t know what took him to the edge,” Turner said, “because at that stage he had said to me that he had never met a woman that he felt that way about.

“He was bringing her to meet me [for] his birthday in August. He had decorated his apartment, that I bought him years ago. He had gotten a new job with a prominent real estate company in California, [which] he was very happy with.

“I have no idea what pulled him down, except something that followed him with loneliness. I think it was something with being alone. The last few times we talked, the conversations were different, and I didn’t know that until after the suicide.”