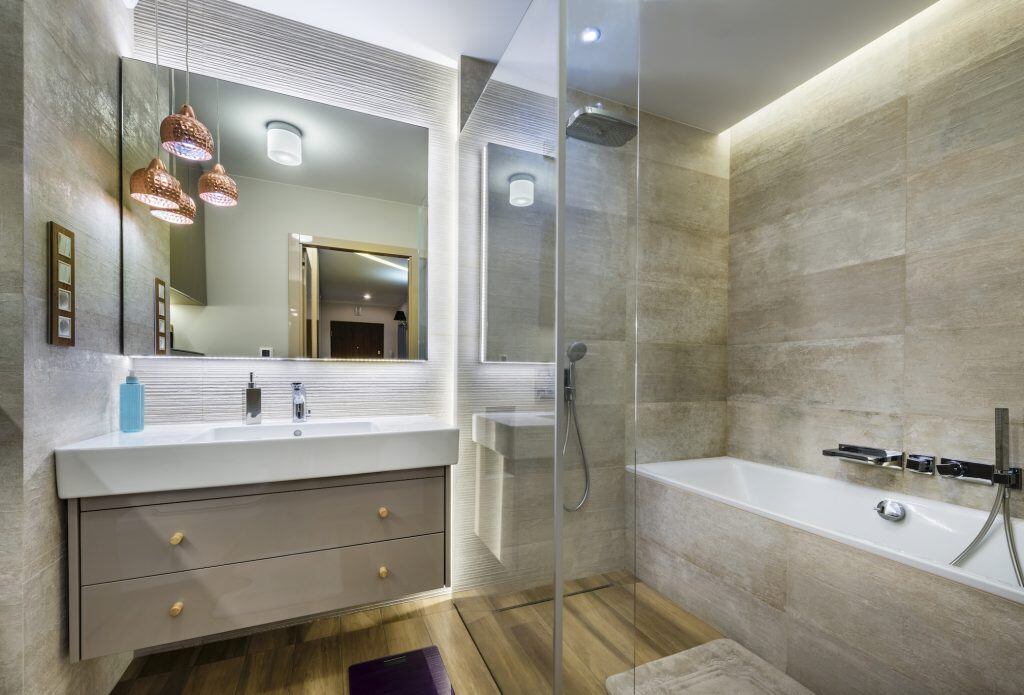 Now indirect lighting can be found in almost every home. Not without reason, as low light has a very pleasant effect and can also be beneficial.

Light gives the home a kind of visual flavor. A distinction is made between direct and indirect lighting, for example spotlights and atmospheric light. Since the latter implies a lot of comfort in the room, there is hardly a home without it.

What exactly is indirect lighting?

What exactly happens to this type of lighting? Light rays first hit a reflective surface, usually walls, ceilings, or floors, rather than anything, before being thrown into the room. As a result, the light is noticeably more scattered, and compared to functional lighting, it doesn’t really shine in a targeted way. Instead of harsh and dramatic shades, a balanced lighting atmosphere is created. And since there is no strong contrast effect, indirect lighting looks very pleasant.

Once upon a time it was a flashlight that cast its light on the ceiling which in turn fell gently back into the room. But since the floor lamp is no longer updated, mainly for power reasons, new options are now being used to emphasize the ceiling. Especially when the ceiling is protruding from an architectural point of view – due to the stucco decoration – it is also important to place it in the spotlight in the dark.

In the case of particularly high ceilings, suspended ceilings are often used to improve the sound in the room. In order not to look like an annoying foreign object, a visual connection to the actual ceiling is created by indirect lighting.

Wall lamps that are installed in the upper third of the wall surface and placed next to each other like individual torches throw their light purposefully on the ceiling. The distance between the individual lights creates a special wave of light that has a slightly dramatic effect.

Indirect lighting makes the furniture appear to float on the floor. It is preferable to have lighting incorporated into the TV furniture such as a low panel that is attached to the wall only or has only very delicate legs. Light ribbons are then attached to the lower edges of the furniture, which, in addition to the soft warm classic white, can sometimes sparkle futuristic with a cool white.

The same works for a bed with a serrated leg construction. As a result, it actually looks as if it is floating in space during the day. If the LED strips attached to the underframe are used in the dark, the effect is greatly increased.

Indirect lighting is also common in modern kitchens to create special effects. Often individual LED strips are attached under the wall cabinets, which makes the work area unique. There is also a slightly room-floating effect at the lower end of the cabinet.

Also interesting: How to properly illuminate the kitchen

Arrange the furniture in a targeted way

Most often it is individual pieces of furniture that are placed in a room by indirect lighting. Above all, this is not a problem as the LEDs do not emit any heat and thus are not a true source of danger in the home. Nowadays, showcases, wall panels or shelves with indirect lighting can be given a visual sophistication. On the other hand, large furniture structures like cabinets or kitchen superstructures take away their tremendous weight.

Indirect lighting is very popular for paintings on the wall. LED lights are stuck to the back and then create a picture frame that isn’t actually one. A similar procedure is used for TVs that are only attached to the wall. Just like with a low-profile clapboard, the futuristic lighting effect is used a bit here.

Indirect lighting with a supportive effect

Basically, indirect lighting is atmospheric light rather than functional. However, it can also have a supportive effect at times. For example, LED side panels provide extra direction in a long hallway. This is especially useful at night when the bright ceiling light is uncomfortably dazzling. The situation is similar with the stairs: light strips on the sides or at the bottom of each step help here, too.

And this type of lighting is not only used on furniture and on furniture, but LED lights are often used indoors. Then less for decorative reasons, but much more because it brings the proverbial light to the dark clothes in the wardrobe.

But be careful: indirect lighting never replaces functional lighting. It is just an additional light source that creates a decorative and atmospheric environment. If only indirect light is used, it will damage the eyes in the long run.