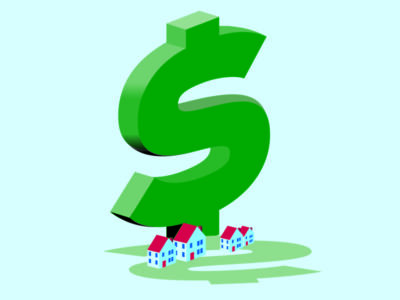 photo by: Sylas May

I’ve frequently had problems gauging how hot something is (which is why you never want to dine across from me when I’m taking my first spoonful of soup). The latest numbers from the Lawrence Board of Realtors indicate the local housing market is still very hot, but there’s also reason to question whether it is beginning to cool.

So, this month I have some local numbers to report but also have statistics from several other housing markets across the state in an effort to determine the temperature of the Lawrence housing market.

First, the local numbers, which are for the end of July. Home sales during the month fell by about 4% compared to July 2020. That could be viewed as a sign of a cool-down, but I wouldn’t read too much into it because it is just one month. Plus, the numbers are small enough that a 4% drop doesn’t equate to a huge number of sales. It is seven fewer sales than a year ago.

Median selling prices for homes in July rose by 5.9% and finished the month at $270,000. That could be viewed as the market is hot and getting hotter. However, it is still just one month, and it is worth noting that while prices rose, they didn’t rise nearly as much as they had previously. In July 2020, median selling prices were up 18%, and in July 2019, they were up nearly 10%. By comparison, the 5.9% increase looks mild.

The more meaningful numbers, though, are probably the year-to-date statistics. With seven months in the books, home sales in Lawrence are down 1.8%, and stand at 778 sales for the year. Median selling prices, though, are up 14.3% and now register at $265,000.

Those numbers seem to be a mixed bag. I wondered if the picture looked the same for other housing markets in the state. In general, no. There are plenty of markets that are seeing large increases in selling prices, but not many are posting declines in the number of homes sold. Here’s a look at year-to-date statistics for several markets through the end of July:

Of those 10 markets, five of them — Johnson, Wyandotte, Jefferson, Miami and Jackson — had median selling prices that had risen more than Lawrence’s prices. However, only one of them — Miami County — had seen a larger decline in number of homes sold.

In case you are wondering, I simply selected places that were either close to Lawrence, or represented large housing markets. Topeka didn’t make the list because the board of Realtors website for the Topeka area had only released partial July statistics. But based on June numbers, sales in the broader Topeka area were up about 7% for the year, and median selling prices were up by about 15% to about $160,000.

But don’t confuse the words hot and expensive. If we are just measuring price, Lawrence is still near the top of the list. The median selling price was third on the list, trailing only Johnson and Miami counties. But we are also equal to nearby Leavenworth County, which may surprise some people.

While Lawrence still ranks high on the list of home prices, the idea that we have far and away the highest selling prices — minus Johnson County — isn’t accurate either.

But don’t get me wrong — I’m sure there are plenty of Lawrence homebuyers right now who feel they are plenty expensive enough.