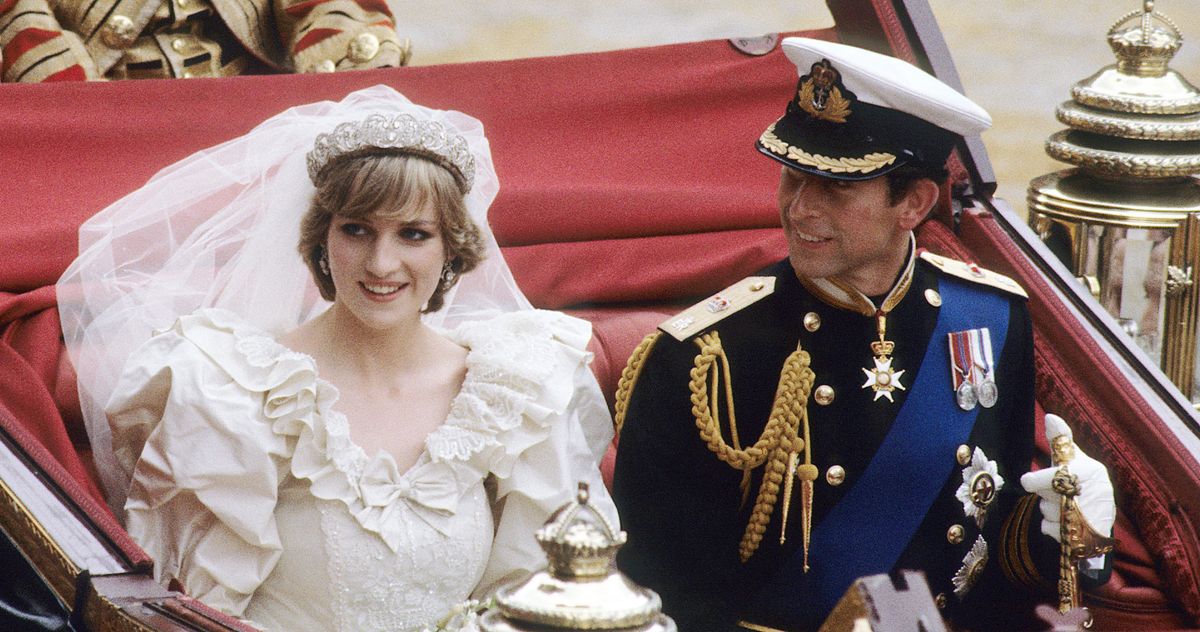 Did you wake up today wondering what it would be like to taste a slice of 40-year-old cake? No? Well, too bad, now you’ll never know! Unless you are the person who bought a piece of Princess Diana and Prince Charles’s 1981 wedding cake for £1,850 ($2,565) at auction. In that case, congrats to you, the proud owner of a baked good that’s older than Meghan Markle!

Would I spend approximately the average monthly cost of a Bushwick one-bedroom on some cursed pastry, you are maybe asking yourself right now. Would that be worth it? Hm. Let us ponder the ancient cake in question: The eight-by-seven-inch slice weighs 28 ounces and, per royal tradition, is fruitcake. FRUITCAKE. FRUITCAKE THAT IS 40 YEARS OLD. The nerve!! Definitely not worth it so far, but maybe it matters to you that the slice was initially gifted to Moyra Smith, a member of the Queen Mother’s household staff at Clarence House. Smith preserved the cake in plastic wrap and stowed it in a decorative tin labeled, “Handle with Care – Prince Charles & Princess Diane’s (sic) Wedding Cake.” We assume she kept it frozen, but that isn’t specified. (Oh God, has the cake been room temperature for four decades??)

Anyway, in 2008, Smith’s family sold the slice to a collector, per the BBC. And on August 11, the collector sold this keepsake via Dominic Winter Auctioneers, in honor (?) of the 40-year anniversary of Princess Di and Prince Charles’s wedding. It is decorated with the royal coat of arms in red, gold, and blue, featuring a lion and a unicorn that both look — and we mean this respectfully — buck wild. Take a nice long look at the cake, admire the animals’ faces, and decide what you would pay, please:

Keep in mind, this little hunk of rock-hard heaven originally came from a behemoth nuptial gateau that stood a full five feet tall and weighed about 225 pounds. Maybe you want to factor that into your pricing scheme? Behold:

If you settled on £300 to £500, or $416 to $693, then you are exactly in line with what auctioneers expected the ghost cake to go for. Hard to say if that’s a lot of money or far too little. On one hand, why give someone hundreds of dollars for old cake? On the other hand, it’s Princess Diana’s old cake. On both hands, the fact that a piece of fruitcake has been aged for so many decades feels like a crime against humanity.

Anyway, that this elderly dessert ultimately went for nearly 2,000 quid that was “very unexpected,” even to auctioneer Chris Albury. “It really seemed to capture a lot of people’s imaginations, and wallets,” he shrugged to CNN. Albury previously told People he “wouldn’t recommend eating” the cake despite its seemingly good condition — “after 40 years, it’s clearly destined to last.” Some might consider durability a selling point, but if you can’t eat the old cake, what are you supposed to do with it? Should you put it in a container in your freezer and label it “DO NOT TOUCH — IT’S NOT A BODY OR ANYTHING BUT DON’T TOUCH IT”? Do you dole it out at your own wedding as a party favor? Do you add it to a royal summoning circle? Hang it up as decoration? Marry it and start an old cake life together? Do you … give it a tiny little taste just to see? Someone please advise!

This article has been updated.

Get the Cut newsletter delivered daily


By submitting your email, you agree to our Terms and Privacy Notice and to receive email correspondence from us.

October 1, 2022
How to Decorate a Bedroom to Look Grown-Up