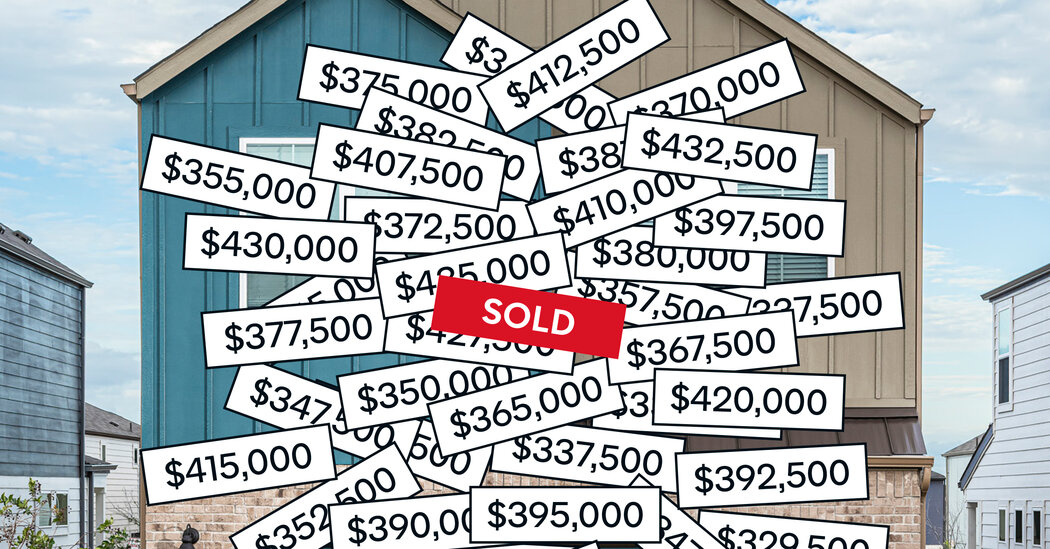 Then there was a 35-year-old tech worker in Long Beach, Calif., who bought a house in Round Rock for $300,000 last October. By January 2021, it was worth roughly $400,000; in February, he bought two more. His winning bids were two of dozens that his real estate agent, a former equities trader who now works primarily with individual investors, made sight unseen, all of them for at least $40,000 over the asking price. “I’m part of the problem,” the buyer acknowledged to me, though he was not your stereotypical speculator: Despite earning six figures, he drives a 2005 Honda Civic and, when I spoke to him, was renting a room for $900 a month, preferring to save and invest. (Scarred by graduating into the Great Recession, he aligns with the Financial Independence, Retire Early movement popular on Reddit.) He marveled at how FaceTime, DocuSign and electronic transfers made everything seamless, but because real estate money can now move so easily, it meant what he had liked about real estate investing in the first place — its stability and relative slowness — no longer held true. “We’re gamifying real estate investment to the point that it’s almost like throwing money at the stock market,” he told me.

Some Austin real estate agents have positioned themselves to capitalize on all this out-of-town money. On a steamy 95-degree day in late June, Matt Holm lifted the winged door of his Tesla Model X so that I could hop in the back seat behind his client, Jon, a man who worked in commercial real estate financing in Santa Monica. (Jon asked that I withhold his last name because he hasn’t shared his relocation plans with his friends and family.) During the pandemic, Jon, originally from Madison, Wis., began to rethink what was keeping him in California. “I’m getting a little anxiety about making a longer-term commitment to L.A., just given the political climate, the tax climate, the homelessness problem,” he told me.

Jon had traveled to Austin three times in as many months and was getting a handle on the “resi” market. He was looking for a home where he could declare residency to take advantage of Texas’ lack of income tax — but he also wanted to live elsewhere half the year, and so he was looking for a place he could easily rent out and make money on. And he wanted guaranteed appreciation. “I mean everything’s an investment, right?” he told me. A friend of his who had just relocated to Austin introduced him to Holm, whose dirty-blond hair was pulled into a sleek ponytail. He founded the Tesla Owners Club of Austin in 2013 and proudly referred to himself as the “Tesla realtor” in town. When Jon slipped in to look at a short-term rental, Matt told me that Jon would like to spend $500,000 to $700,000, “but he’s going to spend 1.3 to 1.5 by the time he’s done.”

“There’s nine million square feet of office being built,” Holm said, as we drove through downtown, cranes and glass skyscrapers glinting above stalky yellow-limestone and red-granite buildings. (The Austin Chamber of Commerce gave a lower but still shocking figure, 6.2 million square feet.) “And it’s being built, like, it’s not occupied. So those jobs are coming. People are telling me, like, Oh, you know, we peaked. … As far as the metrics, the Texodus is not slowing down. We’re about to get a tidal wave.”

“People haven’t even factored in the Elon effect,” he continued, “I can’t tell you the number of people that are saying, Oh, Elon’s building a factory. Like, no, Elon’s not building a factory — this is headquarters for everything Elon. He hasn’t officially announced it, and I don’t know anything behind the scenes, but I can see very clearly the people that are moving here, and they’re not factory workers.” (Indeed, in October, Musk made it official.)

Holm and Jon spoke the same language. They analyzed every parcel for how to maximize profits and shared tips for minimizing taxes. Walking through a cavernous tiled-and-carpeted two-story in Travis Heights, Holm suggested that with its many bedrooms, it would make an excellent Airbnb. Although Austin and the state stipulated that owners could rent only their homestead and only for a maximum of six months a year, “that could be every weekend,” Holm said.

“The investor I know that’s killing it right now is a systems guy,” he continued. “And I told him for four years that he had to get into the Airbnb business and he thought I was B.S.ing him on the numbers. And finally, he believed me, and now he has 13 Airbnbs.”