A steep parcel of land that tilts down to a lake inspired the pier-like esthetic of a home in Quebec’s Laurentian Mountains.

“We wanted to create the feeling of a dock,” architect Pierre Thibault says about La Résidence du Lac Masson.

Thibault was also keen on a simple building that would take advantage of both the dramatic topography of the site and the beauty of the surrounding deciduous forest. 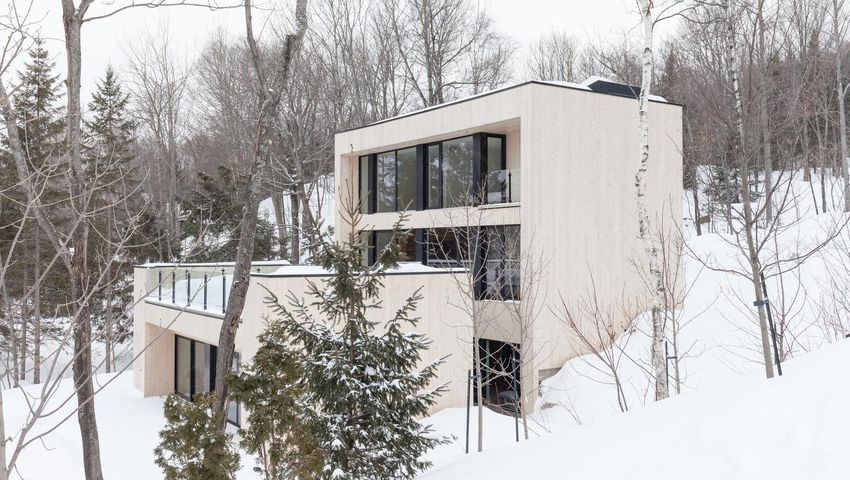 The home, about 1-1/2 hours north of Montreal, totals 2,700 square feet and is actually two square structures connected, but divided, by a courtyard. Thibault likens it to an oyster shell.

The first section, nearest Lac Masson, has a rooftop deck that creates the sensation of being on a dock since the angle of the property makes the water seems very close. Inside, floor-to-ceiling windows surround a guest room with bunkbeds designed in the middle of the room to lend the feeling of being in a boat’s cabin. 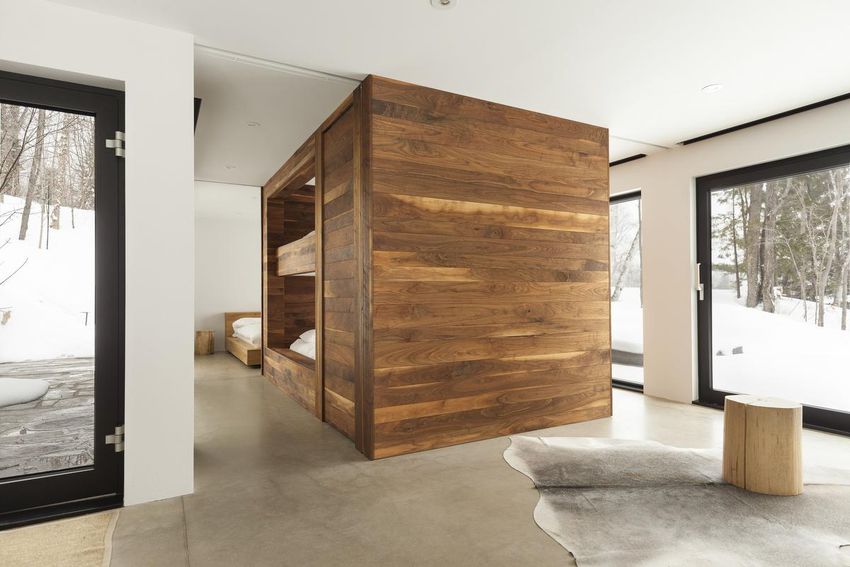 The second, larger part of the home features a double-height living room with a walkway out to the deck. It connects to main-level kitchen and dining area. On the second floor is the master bedroom.

A variety of woods were used including cedar for the exterior siding, American walnut for the integrated furniture and oak on the floors. 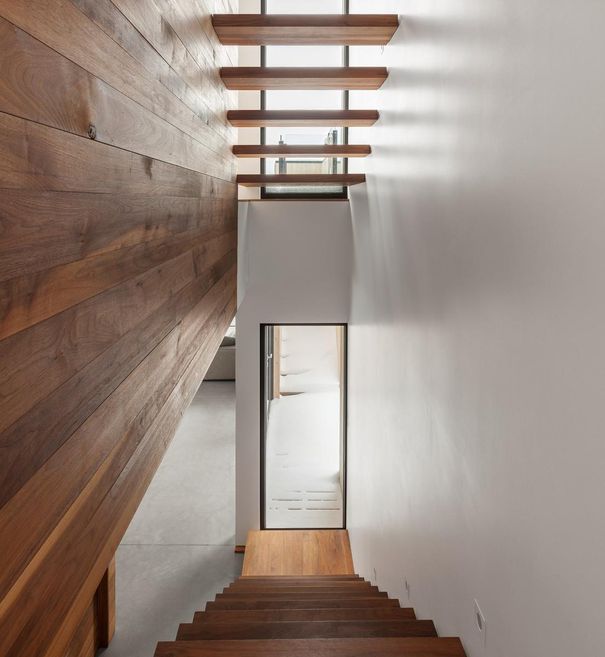 What inspired your design? 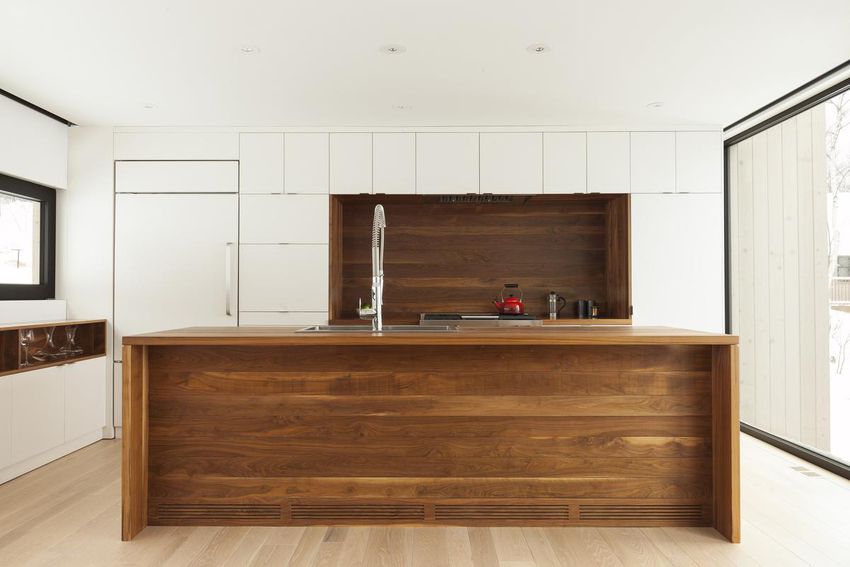 The home consists of two volumes connected by a footbridge — one becomes a habitable area with spaces for overnight stays, and the other consolidates the essence of the house.

How did you work the design into the steep site? 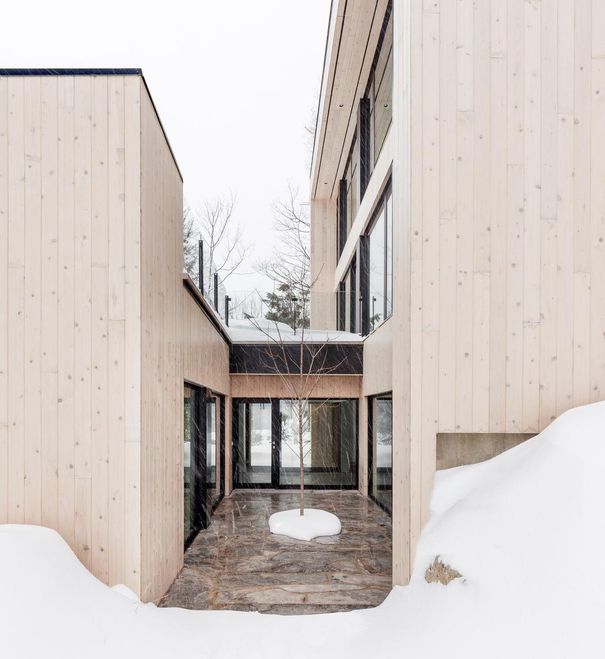 The site of the house is a relatively narrow, wooded strip that goes from the road to the lake, and allows the southern-facing facade of the house to overlook the lake.

The site is on a steep slope from the road and we had to decide whether to locate the home closer to the lake or on the higher land. We opted to place it about 20 metres from the lake, keeping the trees so we could preserve privacy from the lake. 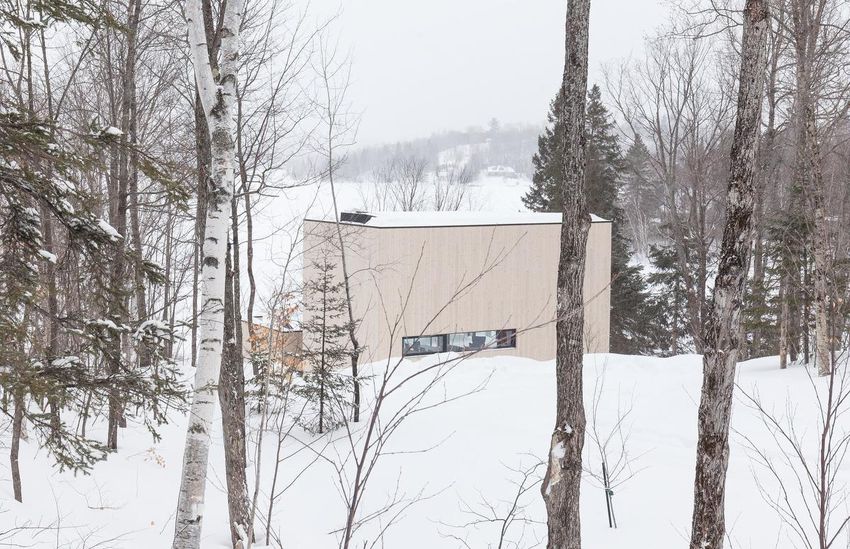 With the incline and the surrounding trees, how did you bring in natural light?

We oriented the façade to the south to favour passive solar as much as possible to heat the house in winter. We filled the walls with a higher degree of insulation with only a small opening to the north. Deciduous trees serve as a screen during the summer’s heat.

What were your challenges? 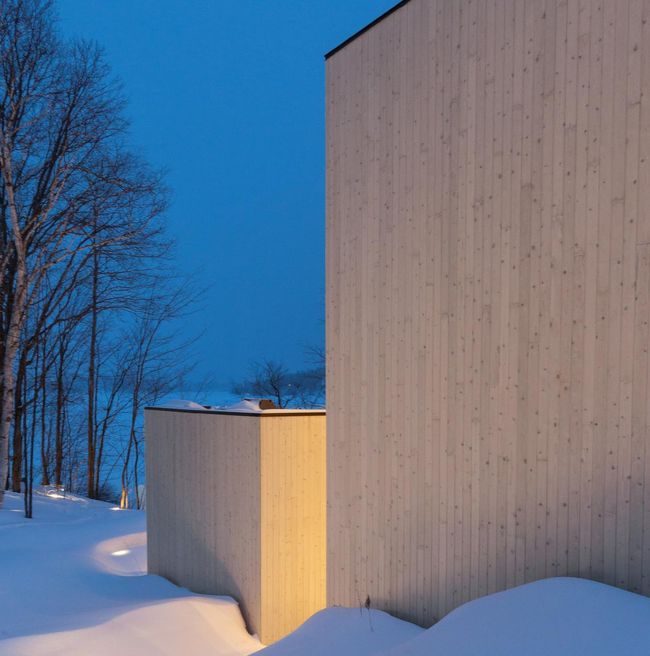 The first challenge was to make the site buildable, make the path for the construction site and create two small levels, one near the lake and the other near the road for the garage, all while cutting as few trees as possible. The other challenge was to brace the house, as the south façade is fully fenestrated — has a lot of windows. We had to install some steel elements.

The bunkbeds have a unique position. Why in the middle of the room? We wanted to create a small, more distinct all-wooden space for guests — making it feel like you’re in a boat’s cabin.

Georgie Binks is a Toronto-based writer and a freelance contributor for the Star. Reach her at [email protected]

Anyone can read Conversations, but to contribute, you should be registered Torstar account holder. If you do not yet have a Torstar account, you can create one now (it is free)

Conversations are opinions of our readers and are subject to the Code of Conduct. The Star does not endorse these opinions.
Tags: design factor Homes inspires Laurentians Mountain Quebecs slope wow 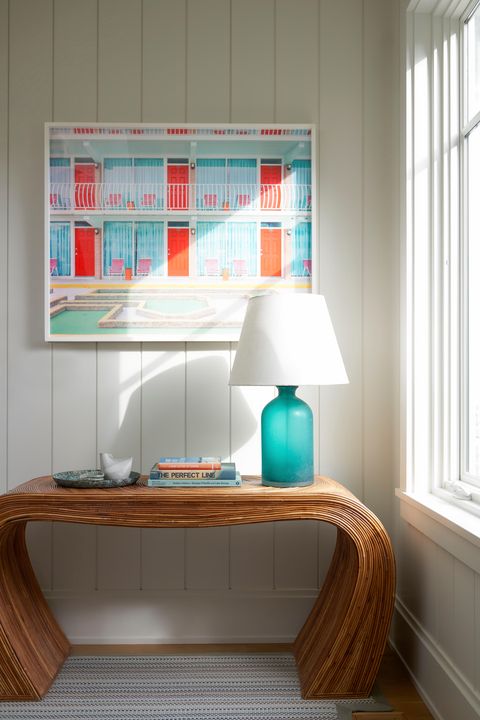